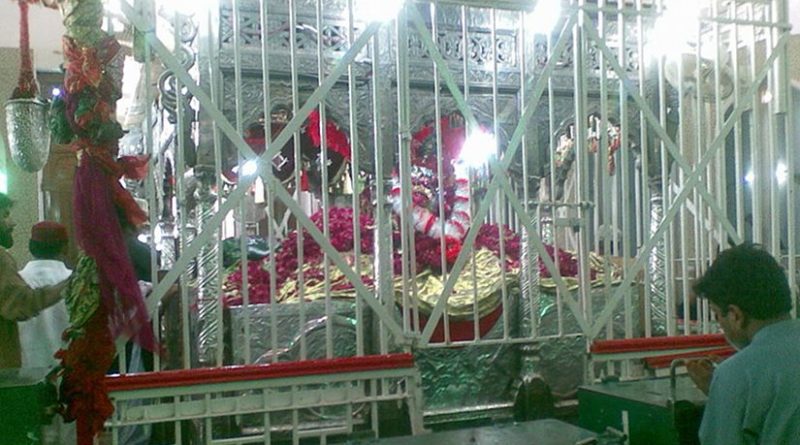 Every Thursday in the Islamic Republic of Pakistan, ha ome to the second largest Muslim population in the world, the nation witnesses celebration of its popular Sufi culture. There are gatherings at the shrine, there is music, there is dance and there is Qawwali. The festival of ‘urs’, the Arabic word for marriage, symbolizes the union of Sufis with the divine; Sufis can be seen traveling from one shrine to another, more so during this festival.

Sufism has a lot of different faces in the world and the one in South Asia is certainly very peculiar. In the wake of increasing religiously motivated violence and not-so-rare attacks on the shrines in Pakistan, the argument exists if Sufism is just a tolerant, mystical practice in this Islamic state or it’s a weapon that has the potential to backfire, further wounding rather than healing the domestic stability in Pakistan.

And there’s always a debate vis-à-vis the foreign policy towards the most immediate neighbor, India. Media calls it ‘normalization of bilateral relations’ every time Pakistani pilgrims get visas to visit Ajmer Sharif Dargah in India, and visa denials to Qawwali singers strain the bilateral relations immediately. Besides the political and economic diplomacy, does Sufi diplomacy exist as well between the two neighbors?

Pakistan is a key regional actor so far as security and broader economic landscape of South Asia is concerned. There is radicalization of religious beliefs, there is sectarian conflict, and there is power play between civil and military. The question arises, how do Pakistanis act and react in these circumstances; can Sufism, the guiding and counseling faith come to rescue?

Sufism has not just this mystical syncretic aspect. From the reformist Mohammed Iqbal, who reinterpreted Sufism in a more dynamic idiom, to the latest political endeavors of the National Sufi Council, not to mention the doctrinal struggles between the different sects like the Deobandis and Barelwis, Alix Phillippon remarks how Sufism has emerged as a relevant symbol to analyze the never ending ideological debate on the identity of a country caught in controversial political contexts, especially since the beginning of the war on terror.

But despite the looming terror, the drumming and dancing never stops, not even for the call to prayer!

Besides drumming and dancing, what are other ways for Sufism’s message of moderation and inclusiveness to be conveyed to general urban audience? Nicholas Schmidle talks about his interview with Rohail Hyatt, who was the music director of Coca-Cola in Pakistan. Hyatt hoped that he could leverage some of his cultural influence and access to corporate cash to convey Sufism’s message. He said “He used to work for Pepsi, but Coke is way more Sufic”. He produced a series of live studio performances that paired rock acts with traditional singers of qawwali. One of the best-known qawwali songs, we all know is “Dama Dum Mast Qalandar,” or “Every Breath for the Ecstasy of Qalandar” in the honor of the most popular Sufi saint Lal Qalandar.

In Punjab and Sindh, generally known as the heartland of Sufism, Hindu, Muslim and Sikh population, visit and pay tribute to the Sufi saints regardless of their own religious identities.

Nicholas Schmidle had so aptly put that the mystical faith of Sufism is not a sect, like Shiism or Sunnism. It is a personal, experiential approach to Allah. It exists throughout the Muslim world, perhaps most visibly in Turkey, where whirling dervishes and their millions of followers embrace Islam as a religious experience, not a social or political one. Sufis represent the strongest indigenous force, yet Western countries have tended to underestimate their importance as, since 2001, they spent millions of dollars on interfaith dialogues, public diplomacy campaigns and other initiatives to counter extremism.

On the domestic front, Sufism’s enormous influence over its followers continued to attract the attention of the ruling class. The Bhuttos most prominently, Benazir and her father, Zulfikar Ali Bhutto were great at marshaling Sufi support. Qalandar’s resting place became the geographical center of Bhutto’s political spirituality. As Benazir Bhutto began her first campaign for prime minister, her followers would greet her with the chant, “Benazir Bhutto Mast Qalandar” (Benazir Bhutto, the ecstasy of Qalandar). On Bhutto’s assassination, Anwar Sagar, a Sindhi poet, wrote, “She rose above the Himalayas; immortal she became; the devotee of Qalandar became Qalandar herself”.

In his inaugural address, Mohammad Ali Jinnah made his commitment to secularism in Pakistan very clear when he said,

“You are free; you are free to go to your temples, you are free to go to your mosques or to any other places of worship in this State of Pakistan. We are starting with this fundamental principle that we are all citizens and equal citizens of one State. Now, I think we should keep that in front of us as our ideal and you will find that in course of time Hindus would cease to be Hindus and Muslims would cease to be Muslims, not in the religious sense, because that is the personal faith of each individual, but in the political sense as citizens of the State.”

Yet, politics and religion including Sufism remain so mystically and terrifyingly entangled.

Ever since Pakistan was established, religion has been the principle determinant of the country’s social and political environment. I agree with Uzma Rehman on how the question of Muslim identity has remained an unresolved issue which even creation of nation-states failed to resolve.

Back in 2009, Ishaan Tharoor wrote that what is needed, more than the West pushing any one form of religion, is a propagation of the underlying values of Sufism – love, harmony and beauty. At Sufism’s core, lies an embrace of the world. This is not easy, especially in Pakistan, where poverty, corruption and the daily toll of the global war on terrorism simmer together in a volatile brew. Seven years later, nothing much seems to have changed.

One thing is clear: as the Sufis in Pakistan preach faith and ecstasy, the whirling dervishes also have a role to play in the complex geo-political games of Pakistan. Only time will tell how Salafi Violence and Sufi Tolerance unfold in Pakistan; what lies ahead for Pakistanis.

*Nikita Singla is an International Affairs Consultant, engagements spanning Regional Cooperation, International Trade, Economic Integration and Overseas Development Assistance with a focus on South Asia. She is an Engineer from Indian Institute of Technology Delhi and Masters in International Economic Policy from Sciences Po Paris. She [email protected] www.nikitasingla.wordpress.com and tweets @nikitasingla17.