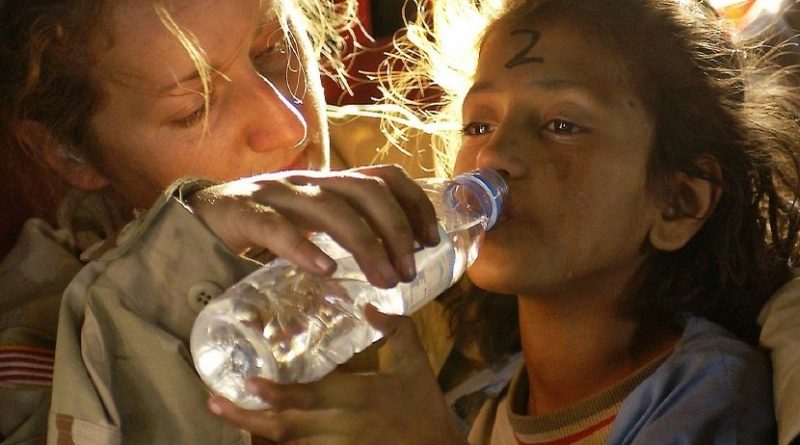 The 2019 ASEAN Strategic Policy Dialogue on disaster management saw salient debates over the localisation agenda. It follows calls at the World Humanitarian Summit in 2016 for localisation to be a priority area.  How far have we come? Where will it go?

By Alistair D. B. Cook and Christopher Chen*

The humanitarian world is increasingly coming to grips with what is known as the localisation agenda. There is growing acceptance for the ‘nationally led, regionally supported and international-as-necessary’ emergency response model advocated at the United Nations’ World Humanitarian Summit. However, localisation means different things to different stakeholders.

In Southeast-Asia, localisation of humanitarian action is contested; some focused on government capacity while others acknowledge civil society contributions. There is pushback about what localisation means when it includes many local and faith-based organisations that have long provided support in their local communities. For some, the localisation debate is focused too much on the role of international non-governmental organisations (INGOs). These have become embedded within national contexts and accepted as local, rather than engaging the already local organisations However, recent experience in Southeast Asia illustrates that these issues are being answered by national governments in disaster response.

For instance, in the wake of the earthquakes and tsunamis that hit Indonesia in 2018, the Indonesian government delivered a nationally-led response with limited international assistance. It did so through the Indonesian National Board for Disaster Management (BNPB) and the military to provide assistance to affected communities in Central Sulawesi.

However, capacity and coordination mechanisms at the national level could have been better aligned with the sub-national and provincial levels. It was reported that clusters in Jakarta and Palu were not coordinating well with one another. Many local NGOs provided much needed assistance but were unfamiliar with how best to provide it.

The ASEAN Coordinating Centre for Humanitarian Assistance on disaster management (AHA Centre) also coordinated international assistance from INGOs and the private sector. This was lauded as an example of localisation in action – from the global to the regional level. Some cautioned that gaps existed between global, regional and local capacities. Technical capacities were cited as one such area that pointed to a need to assess the relative strengths of each layer in the localisation transition.

Financing Gaps: Where Should Funding Come From?

Besides technical capacity, financial gaps in humanitarian action remain. According to the Global Humanitarian Assistance Report 2019, even though direct funding to local and national actors has increased in volume and proportionality over the past few years, it still remains a small share of total humanitarian assistance through formal channels.

In 2016, the World Humanitarian Summit launched a unique agreement called the Grand Bargain between the largest donors and humanitarian agencies to improve humanitarian action. In 2018, 3.1% (US$648 million) of international humanitarian assistance funding was sent to local and national actors, which is an increase from pre-Grand Bargain contributions in 2016 ($433 million).

However, it is still far off from the Grand Bargain’s target of at least 25%. For instance, in the aftermath of the Central Sulawesi Earthquake last year, over 65% of funding came from donors through UN organisations and international NGOs.

What this entails is that local institutions still do not have access to most of the funds which their international counterparts receive. As a result, many developmental and capacity-building programmes at the national and local levels are still woefully underfunded. However, it raises a long-standing issue over where funding for humanitarian action comes from.

While reform is currently underway, the humanitarian system largely remains supply-driven where donors, the UN system and INGOs dictate terms to local communities and organisations. This needs to change. However, as the recent response in Central Sulawesi shows, the challenge lies in striking a balance between the need for reform and the operational realities on the ground. Simply put, the current rate of development of local humanitarian capacity is still unable to keep pace with the large number of disasters that occur annually.

To strengthen local humanitarian capacity, there are a few overarching issues that need to be addressed.

Firstly, we must be careful not to allow localisation discussions to centre around the creation of false dichotomies between the “local” and the “international”, in a way that breeds unhealthy competition between international, national, and local actors. There needs to be clarity over what localisation means in the region. Localisation as a concept should not simply be appropriated by states and governments to reassert traditional sovereignty in times of disasters or humanitarian crises.

Secondly, regional frameworks such as the ASEAN Agreement on Disaster Management and Emergency Response (AADMER) should incorporate monitoring and evaluation guidelines which can be used to track the progress of localisation efforts. Minimum requirements regarding allocation of funding to sub-national and local humanitarian organisations can be included in these guidelines. International humanitarian organisations should also be encouraged to produce progress reports on the professional development of their local staff.

Finally, the financing gap between international and local actors in the formal humanitarian system must be bridged. A key indicator of policy support is the appropriation and commitment of funds for specific programmes. Policymakers from ASEAN member states need to consider including Disaster Risk Management (DRM) and the cost of military use in HADR.

These should be distinct and separate line items in the portfolio of their respective finance ministries; the allocation of national budget for such initiatives should also be increased. Disbursement of funds should be carried out in a manner in which national as well as local actors are allowed to choose how the money will be used.

Moreover, instead of relying on foreign assistance, member states should be willing to commit more towards funding their own initiatives, with an increased focus on the sub-national and local level. To put it in perspective, currently, about 91% of the AHA Centre’s operational budget comes from external partners and donors.

Building up local capacity and operationalising the One ASEAN One Response vision requires investment from within the region. In the words of former Executive Director of the AHA Centre, Said Faisal, “Vision without execution is hallucination”.

*Alistair D. B. Cook is a Senior Fellow and Coordinator of the Humanitarian Assistance and Disaster Relief Programme with the Centre for Non-Traditional Security Studies (NTS Centre) at S. Rajaratnam School of International Studies (RSIS), Nanyang Technological University (NTU), Singapore. Christopher Chen is an Associate Research Fellow with the Programme.