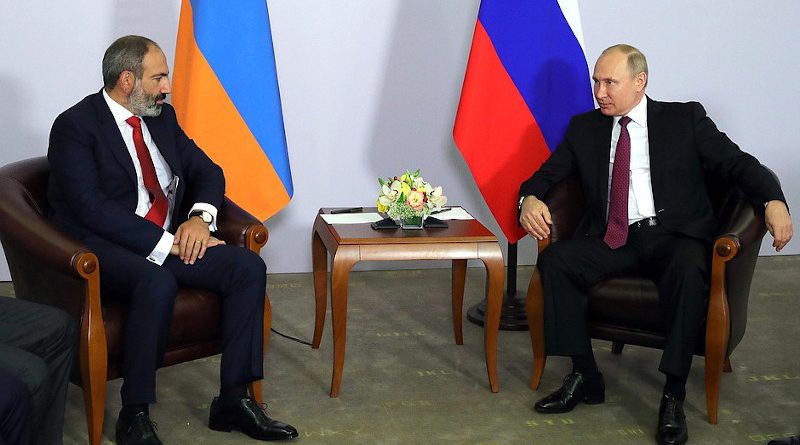 The unexpected, and ultimately, devastating military defeat in the Second Karabakh War has provoked an overwhelming political crisis in Armenia. Having been consistently misinformed by the government about the real situation on the frontline during the war, Armenians had believed that their army had the control over the situation. The capitulation all of a sudden in the night of the November 9 was therefore a great shock for the Armenian people who took to the streets protesting against the government and calling for Prime Minister Nikol Pashinyan’s resignation.

In the following days, some top members of the government, including Foreign Minister Zohrab Mnatsakanyan and Defense Minister Davit Tonoyan resigned from their positions. In a televised address to the nation on November 16, President Armen Sarkisyan of Armenia, who had previously declared that the peace deal had not been consulted with him in advance, called for snap parliamentary elections, saying that this is needed to resolve a political crisis sparked by the war.

Ever since the number and variety of the people who called for the resignation of Prime Minister has been growing. The leaders and members of the previous governments of Armenia are on the front protesting the government and asserting that the change of government is the only way for Armenia to overcome the humiliating military defeat and open a new chapter. Many of those people, including experts, cultural figures and representatives of the local governments accuse Pashinyan of treason and “selling” Karabakh to Azerbaijan.

Amidst this troubled period, the verbal fighting between Prime Minister and the former leaders of Armenia disclosed some important nuances about the country’s foreign policy. On December 4, talking to a local television channel, Robert Kocharyan, Armenia’s second President, harshly criticized the foreign policy of the Pashinyan government and blamed him on the military defeat in the war.

One of the most important details caught the attention of outside observers in Kocharyan’s interview was regarding the clashes between armed forces of Armenia and Azerbaijan on the state border in July 2020. Kocharyan disclosed that, on the contrary to what was previously stated by the Armenian leadership, it was Armenia that provoked the confrontation.

Recalling the statements of the Armenian government at the time of the border confrontation, Pashinyan had accused Azerbaijan of “provocations” that would “not go unanswered” and his defense minister said Armenian forces would react “including by taking advantageous positions” in Azerbaijani territory. Kocharyan’s statement does therefore cast light on the background of the July fighting which was apparently provoked by Armenia to expand the geography of the conflict and problematize Azerbaijan’s transport with its Western partners.

Kocharyan also touched upon the diplomatic failures and provocations of the Armenian leadership that brought “the war in Karabakh closer”. “I am sure that the authorities did everything to make the war inevitable. Firstly, the negotiation process was deliberately stalled. With our mutually exclusive statements we created a situation in which the co-chairs [of the Minsk Group of the OSCE] did not know what the Armenian side wanted. It seemed that Armenia does everything for a dead end. And the war began at a time when no one doubted that the negotiations were being thwarted by the Armenian side,” Kocharian said, adding that “The defeated authorities, who signed the capitulation, must be replaced in the name of the people.”

Prime Minister Pashinyan’s responses to former President is not less revealing. Declaring that the international community has always recognized Nagorno-Karabakh as part of Azerbaijan, Pashinyan asserts that this happened so thanks to the diplomatic failures of his predecessors. “The fact that the Karabakh issue began to be perceived as a territorial dispute and became our biggest problem, the fact that Armenia gradually began to be perceived by the international community as an occupier, did not happen in the last two years. And in the last two years, an attempt has been made to get out of this vicious circle”, he protests. Defending his foreign policy course, Pashinyan argued that his government failed in the attempts to relieve itself from the burden of the diplomatic failures of his predecessors, not in its own diplomacy.

As a matter of fact, Pashinyan is both right and wrong in his assertions. While it is true that former leaders of Armenia did little to resolve the conflict and prevent its drift to the eventual tragedy for Armenians, Pashinyan failed to pursue a different policy, although he had such a chance when he came to power.  The conflict between Armenia and Azerbaijan had transformed into its most non-confrontational period following Armenia’s Velvet Revolution in 2018, that brought Pashinyan to the premiership. The year after the government change in Armenia, the conflict marked its arguably most peaceful year in 2019 when the casualties on the frontline declined substantially. For example, while 39 military servicemen were killed in 2017, the year before Armenia’s power change in 2018, casualties dropped to eight, including one civilian, in 2019.

This happened against the backdrop of secret negotiations between the governments of Armenia and Azerbaijan initiated by the former. It later became clear, however, that Pashinyan may have aimed for certain stability on the frontline while he was busy with domestic power struggles. Soon he quickly abandoned his peace-building initiatives and demonstrated a more radicalized nationalistic position towards the conflict. His “Karabakh is Armenia, period” statement, which indirectly meant the unification between the Karabakh region and Armenia, was a blow to the peace negotiations that was arguably much more destructive than any moves by his immediate predecessor Serzh Sargsyan.

It thus seems that Armenian leaders consistently fail to get out of the “vicious circle” described by Pashinyan. This has been also noticed in the political debates in Armenian political elite in the aftermath of the Second Karabakh War. For example, Vazgen Manukyan, the candidate for the premiership proposed by the opposition, instead of seeking to resolve the regional conflicts and bring peace and security to the region, vowed to take a leading role in any anti-Turkish alliance. This confrontational political mindset has caused enormous economic, political, humanitarian and other problems to the South Caucasus over the last thirty years, but still there are little, if any, signs that this might change anytime soon.

*Dr. Vasif Huseynov is a senior advisor at the Center of Analysis of International Relations in Baku, Azerbaijan

Home » What Do Armenia’s Internal Power Struggles Say About Its Foreign Policy? – OpEd