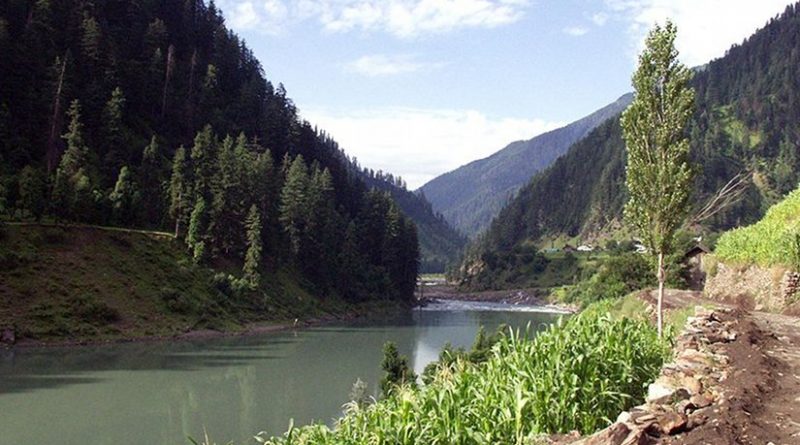 China is building a 100 MW dam in Pakistan-controlled Kashmir, despite India’s strong objection.

The dam on the Jhelum River will be constructed by the Chinese company Three Gorges Corporation (CTGC) and on January 7 the company announced that it won the right to develop a hydropower project in PoK. In September, CTGC registered a subsidiary for the project in Pakistan. A Pakistani government supporting letter for the project was issued last week.

According to Pakistani media reports, this 1,100 MW dam will be built on the Jhelum River, downstream from Muzaffarabad in PoK. Both countries had agreed on a 30-year tariff for the dam.

One of China’s biggest state-run hydropower companies, the China Three Gorges Corporation (CTGC) which manages the 22,500 MW Three Gorges Dam on the Yangtze river – the world’s largest dam – has signed an agreement to develop the Kohala hydropower project in PoK, the firm said in a statement posted on its website. Total investment in this project is $2.4 billion, with a 30-year tariff for the 1,100 MW dam.

The China Three Gorges Corporation, which manages the world’s largest dam on the Yangtze River, stated on its website that it will go ahead on the agreement with Pakistan to construct the Kohala dam on the Jhelum River, downstream from Muzaffarabad in Azad Kashmir or Pakistan-occupied Kashmir (PoK). Ignoring Indian government’s strong objections, China has decided to go ahead with the construction of a mega dam in Pakistan-controlled Kashmir (PcK) on the Jhelum River.

India even asked the company not to pursue the Kohala dam project by citing the land dispute. The Chinese state-run company’s announcement of plans to go ahead with a mega dam in Pakistan-occupied Kashmir (PoK), the latest indicator of Beijing moving forward with major projects in the region despite India’s strong opposition.

It appears the Chinese dam move has taken Indian government and New Delhi’s strategist class by surprise, if not shock.

The Kohala Hydropower Project, the firm’s biggest investment in the Pakistani hydropower market, is expected to have an installed capacity of 1.1 million kilowatts. The project is part of the China-Pakistan Economic Corridor, a 3,000-km network of roads, railways and energy infrastructure to assist development in Pakistan and boost growth for the Chinese border economy.

Last year in September, Pakistan Prime Minister Nawaz Sharif inaugurated five tunnels on the key Karakoram Highway that connects the country with China. According to a BBC report, these tunnels have been constructed by China over the Attabad Lake in Gilgit-Baltistan’s Hunza valley. The project has been named as Pakistan-China Friendship Tunnels. The seven kilometre long five tunnels are part of the 24km long portion of the Karakorum Highway (KKH) which was damaged six years ago.

The Kohala dam has been billed as a key project in the new China Pakistan Economic Corridor (CPEC) venture that envisages widening the Karakoram Highway, exploring a railway link and a number of energy and infrastructure projects in a corridor connecting Kashgar, in China’s far western Xinjiang region, through PoK, to the Gwadar port in Pakistan on the Arabian Sea that is built and managed by China.

The deal shows that China is unwilling to take on board India’s objections to projects in Azad Kashmir (PoK). Beijing apparently said that these are purely commercial projects undertaken without prejudice to the Kashmir disputes between India and Pakistan. This was despite India pointing to China’s own objections to exploration projects between India and Vietnam in the South China Sea which China claims as its own.

The dam is part of several infrastructure projects planned for the China Pakistan Economic Corridor that includes widening the Karakoram highway and constructing a railway link connecting Kashgar in China with Pakistan’s Gwadar port, which was built and is managed by China. The Economic Corridor is part of China President Xi Jinping’s ‘Belt and Road’ that envisages a Silk Road Economic Belt comprising China, Central Asia and Europe, and a Maritime Silk Road to the Indian Ocean. India has said that it would cooperate with China on this initiative only when there is a synergy between China’s ‘Belt and Road’ and India’s own ‘Act East’ initiatives.

The deal for the dam underlines China’s willingness to go forward with major projects in PoK, despite India’s consistent opposition. Beijing, however, has said the ‘purely commercial’ projects were without prejudice to the Kashmir issue and that it was not taking a position on territorial disputes between India and Pakistan.

The CPEC has been pushed by President Xi Jinping as a key pillar of his pet ‘Belt and Road’ initiative, referring to a Silk Road Economic Belt connecting China to Central Asia, Europe, and a Maritime Silk Road to Southeast Asia and the Indian Ocean. The CPEC, emerging as a key part of the project, is a significant reason for India declining to officially support the ‘Belt and Road’, which has been backed by most of India’s neighbors.

Initially, India’s official stand was that as the ‘Belt and Road’ was a domestic initiative of China’s, there was no need to back it as a national initiative. That stand has since been somewhat toned down, with most of India’s neighbours, including Sri Lanka, Nepal and Southeast Asian countries backing the plan.

New Delhi has since said that it would cooperate with China where there was ‘synergy’ between the ‘Belt and Road’ and India’s own ‘Act East’ initiative. Delhi has since emerged as the second biggest shareholder, after Beijing, in the China-backed Asian Infrastructure Investment Bank (AIIB), committing $8billion, although the bank is expected to fund many ‘Belt and Road’ projects.

India has repeatedly rebuffed Beijing’s requests to refer to the ‘Belt and Road’ in joint statements and declined official backing in the project.