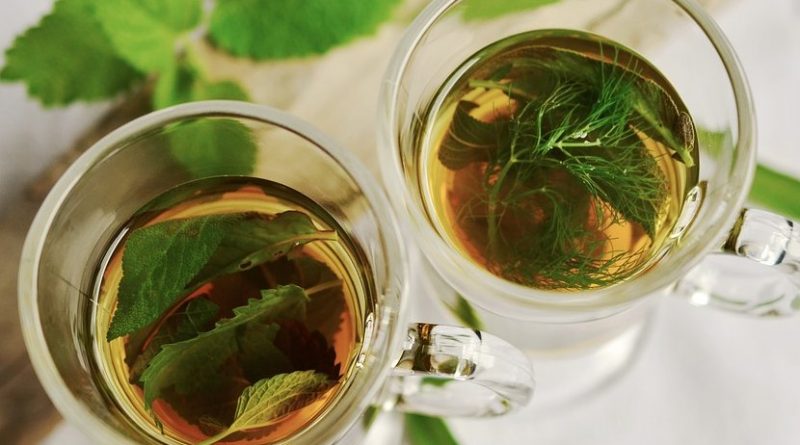 Anhar Rabiyah of the tribal Pannei, an indigenous group in Pangkep, South Sulawesi, Indonesia, Sikrip Piyaporn, an ethnic minority who lives in Pu Luong, Thailand and Tuyoc Ballanga of the Maeng Itneg tribe in Tubo, Abra, Philippines don’t know each other from Adam.

But their first port of call when members of their family get ill, is the medicine man or woman or local wildcrafter. Such traditional healers work with locally available medicinal plants which make their services affordable.

Unschooled, but learned, they have been around a lot longer than conventional doctors and familiar with local sensitivities and cultural beliefs and practices, making them more trustworthy in times of illnesses.

As creeping modernization gets into the hinterland villages of rural Asia, bringing in Western-trained doctors, the days of the traditional healers are numbered. And so are the important healing plants they use.

Many of the medicinal plants the traditional healers use are vanishing due to habitat destruction, over-exploitation and forgotten as the knowledge is not passed to the younger generations.

Nature is the laboratory of biodiversity and plants are its drugstore. For centuries, indigenous peoples know this as nature is their first teacher. They know what plants function to sustain life, aware that there are limited and unlimited sources of essential flora, diverse in form and habitat.

Asia, covering about 30 per cent of the earth’s land area, has some of the world’s most biologically wealth that are sources of medicine, especially in countries rich with traditional knowledge like China, India, Indonesia, Malaysia and the Philippines.

But in the said countries, deforestation is widespread, causing so much destruction to habitats that cradle priceless medicinal plants. Indonesia’s annual deforestation rate 1.61%. Between 1990 and 2005, Indonesia lost 24.1% of its forest cover, or around 28,072,000 hectares.

Many medicinal plants are found in the forests of the said nations. The United Nations Development Program (UNDP) and Rural Advancement Fund International say majority of the 7,000 plants in the Western pharmacopeia are found in the said countries and used by about 80 per cent of the people to accommodate their primary health needs.

Over the last 50 years,, forest degradation in Asia has diminished the availability of some widely used medicinal plant species. Many of these medicinal plants have no botanical substitute, and pharmaceuticals do not yet exist for some of the diseases for which they are used.

Degradation of Asia’s forests may signify not only the loss of potential pharmaceutical drugs for the developed world but also the erosion of the sole health care option for many of rural and urban poor.

Not all is well with the state of medicinal plants in the Philippines. The state-owned Mariano Marcos State University (MMSU), sorry for being a harbinger, deplores in a research that some 100 plants popularly used as medicine and food are endangered with some nearing extinction.

In a study, Dr. Miriam E. Pascua, dean of the MMSU College of Agriculture, said the traditional plant species with unique characteristics, are fast disappearing, as newly developed crop varieties have spread across many places, replacing them.

Dr. Pascua warned the native plants will likely become extinct unless something is done to reverse the situation.

She fears of genetic erosion due to signs of loss of genetic biodiversity caused by intensification of modern agricultural systems, over- exploitation and excessive gathering of wild plants that are useful for food, medicine and ornamental.

The entry of pesticides has also caused biological magnification of insect pests and inadvertent introduction of diseases. The establishment of commercial plantation of industrial crops is also hastening the demise of many traditional useful plants, she said.

Also, increasing population pressure and the resulting urbanization of the environment have greatly turned biodiversity habitats into settlements.

Kundol, kapas-kapas, sugod-sugod, himbabao and wild sponge gourd are eaten as vegetable. But they have other uses. For instance, sugod-sugod is used as laundry soap when dried and crushed, its vine produces a lathery effect when soaked in water.

Dalayap and caburao are commonly used for treating cough and headache. Their leaves are crushed Or softened and then applied as poultice over the forehead to treat headache.

On the other hand, fresh leaves of anonang are applied on the stomach of children suffering from indigestion. A decoction of its green fruits, leaves and barks is used for treating kidney trouble, dysentery and diarrhea.

Granada or pomegranate fruits are used to treat diarrhea, advanced stages of dysentery, and other cases requiring the use of astringents. The juice of the fresh fruit is likewise used as a cooling, thirst-quenching beverage for one who has fever.

The vital role that medicinal plants play in the the daily health care to millions of people globally cannot be taken for granted. So is their conservation.

And no other way can this be done but by protecting natural habitats where they thrive as perceived by traditional users, such as sacred forests of local, native and indigenous peoples.

Sacred forests are used for worship, and for ceremonies such as weddings and childbirth and other customary community rituals that mark cultural events like planting, harvesting, thanking dieties and celebrating seasons.

Science and conservationists often intentionally ignore or fail to recognize this. These are off limits to ordinary people and outsiders. People must obey the rules governing these.

The Cordillera Ecological Center in the Philippines recommends collecting deadwood for firewood as an alternative to cutting down live trees contributes to conserving medicinal plant diversity. Many trees have medicinal properties.

Burial sites are also prime conservation spots for medicinal plants. This is because, considered sacred, peopke don’t venture near them, allowing wild plants to grow robustly and profusely.

If at all, however, not too many governments have national policies funded and meant to save medicinal plants. Wild collection and biopiracy goes on, especially in poor developing nations rich with biodiversity but fast losing it.

The rape of Asia’s forests is nothing new, and the plunder and theft of its rich biodiversity is on the rise. Its forest resources, minerals, agricultural, medicinal plants and indigenous knowledge are being looted by monopoly companies that make millions of dollars patenting and selling plant germplasm, even to those who used to own it.

*About the Author: Dr. Michael A. Bengwayan wrote for the British Panos News and Features and GEMINI News Service, the Brunei Times, and US Environment News Service. In the Philippines, he wrote for DEPTHNews of the Press Foundation of Asia, Today, the Philippine Post, and Vera Files. A practicing environmentalist, he holds postgraduate degrees in environment resource management and development studies as a European Union (EU) Fellow at University College, Dublin, Ireland. He is currently a Fellow of Echoing Green Foundation of New York City. He now writes for Business Mirror and Eurasia Review.