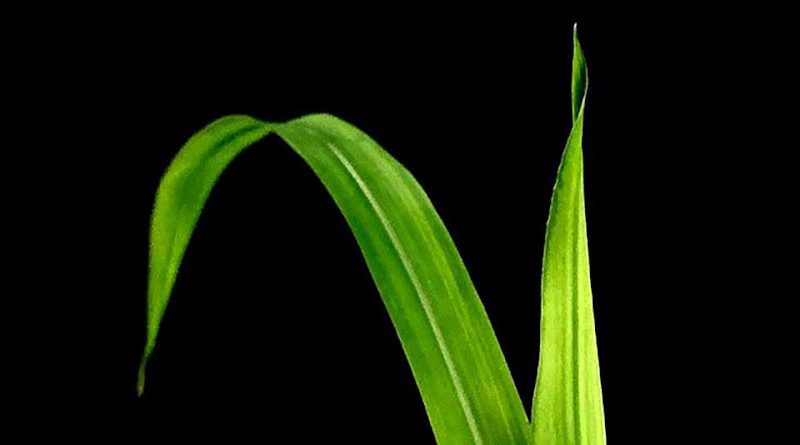 Maize has a significantly higher productivity rate compared with many other crops. The particular leaf anatomy and special form of photosynthesis (referred to as ‘C4’) developed during its evolution allow maize to grow considerably faster than comparable plants. As a result, maize needs more efficient transport strategies to distribute the photoassimilates produced during photosynthesis throughout the plant.

Researchers at HHU have now discovered a phloem loading mechanism that has not been described before – the bundle sheath surrounding the vasculature as the place for the actual transport of compounds such as sugars or amino acids. The development of this mechanism could have been the decisive evolutionary step towards the higher transport rate that has made maize plants especially successful and useful. It is also likely linked to the more effective C4 photosynthesis used by maize compared with other plants, which only use C3 photosynthesis. The study was led by Dr. Ji Yun Kim and Prof. Dr. Wolf B. Frommer from the Institute of Molecular Physiology at HHU.

Plant leaves have different structures on the upper (adaxial) and lower (abaxial) sides, and each side performs different tasks. In maize, for example, sucrose transporters (SWEET) act in the `bundle sheath cells’ (which frame the vascular bundle like a wreath) on the abaxial side of the leaf. In the model plant Arabidopsis thaliana, sugars released via SWEETs from phloem parenchyma cells are transported directly into the neighbouring companion cells via active transport. In maize, sugar is released in the direction of phloem by two large bundle sheath cells. The large surface of the bundle sheath cells compared to phloem parenchyma allows much higher transport rates. Compared to Arabidopsis, maize could transport sugar more effectively.

Doctoral student and first author Margaret Bezrutczyk from HHU emphasize: “The bundle sheath cells arranged in a wreath look the same at first glance. The single cell sequencing approach we used made it possible for the first time to distinguish between different types of bundle sheath cells in a maize leaf. With this technology, we expect that more cell types, especially those in the vascular bundles will be discovered in the future.”

Institute Head Prof. Frommer emphasizes the significance of the finding, saying: “Maize plants are extremely productive due to their C4 photosynthesis. It is conceivable that the productivity of rice or other crops can be increased by transferring the loading mechanism from maize to these crops.”