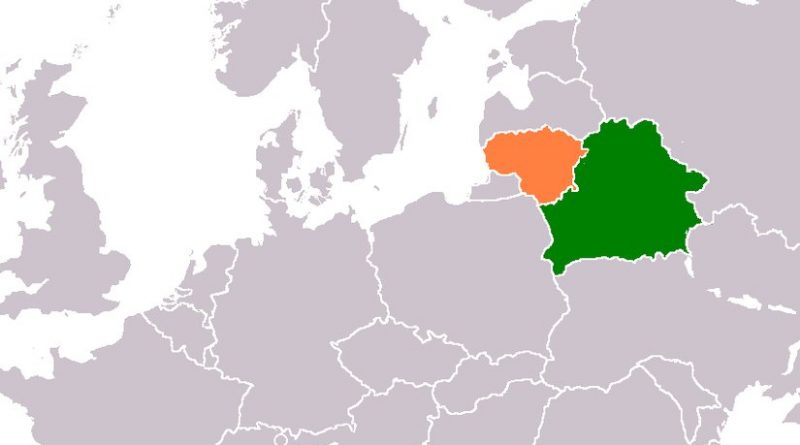 The success of any country’s foreign policy is very often measured by the stance of relationship with neighbors.

For a long time Lithuania lived in the “shared compartment” – the Soviet Union. Such position for a long time suppressed the national identity of the Lithuanian people and inhibited the development of the State.

But it should be said that restoration of independence in 1990 brought not only long-awaited freedom but challenges to build its own successful foreign policy. Maintaining good relations with all neighboring countries turned out not an easy matter for Lithuania.

More or less predictable and fruitful relations in the region Vilnius has built with Latvia. The relations with Poland still need deep improvements. Ties between Lithuania and Russia almost fully negated. As far as Belarus is concerned, the latest positive achievements show progress in bilateral relations.

“Belarus is an important partner of Lithuania in all areas, including in agriculture,” Lithuania’s Vice Agriculture Minister Vilius Martusevicius said as he met with a Belarusian delegation on February 1. According to the Vice Minister, the trade with Belarus accounts for a significant share in Lithuanian foreign trade in agricultural products and foodstuffs. In 2014 Belarus was sixth in terms of export among 122 partners of Lithuania. In terms of import Belarus was 14th among 109 countries. The parties signed a protocol on cooperation between Lithuania and Belarus in agriculture covering the cooperation in fishing, land improvement, investments, and also the cooperation between the universities of agriculture, veterinary and phyto-sanitary agencies. The issues topical for the two countries will be high on the agenda of the economic forum due in Belarus in March.

The significance of the Lithuanian-Belarus relationship for sure goes beyond ordinary neighborly relations. Common history and different approaches to the modern geopolitical situation have distasted the countries from each other.
Some experts even say that two countries are on opposite sides: Lithuania is a NATO and EU member state, Belarus is a member of CSTO and EEU. Of course there are matters of dispute: building a nuclear power plant in Belarus and NATO enlargement to the Baltic States are among them.

Nevertheless the high interest in further deepening of economic ties is obvious.

The more so, Lithuania and Belarus also demonstrate their commitment to closer cooperation even in the military sphere. According to the Lithuanian Ministry of Defence, on February 4, Chief of the Joint Staff of the Lithuanian Armed Forces brigadier General Vilmantas Tamošaitis paid a visit to Minsk and met with Chief of the General Staff of the Belarusian Armed Forces Major General Oleg Belokonev.

At the meeting Vilmantas Tamošaitis and Oleg Belokonev exchanged views of current security situation in the region and discussed the possibilities for a continued bilateral cooperation.

Unfortunately, such positive examples of neighboring relations are not “in trend” now. Lithuania and Belarus are among those who are not afraid of seeking mutually beneficial projects and widening cooperation.

Regional security situation, including military and economic situation, as well as border control and respond to migrants crisis are the matters of common competence. Wise political decisions and collaboration of common strategies will help the countries be good neighbors without hysteria and myths of “profound differences” between nations. Taking into account the economic difficulties experienced by Belarus, Lithuania may not only get benefits from developing economic cooperation with Minsk but get a grateful partner.

Home » Lithuanian-Belarus Relations Are On The Rise – Analysis