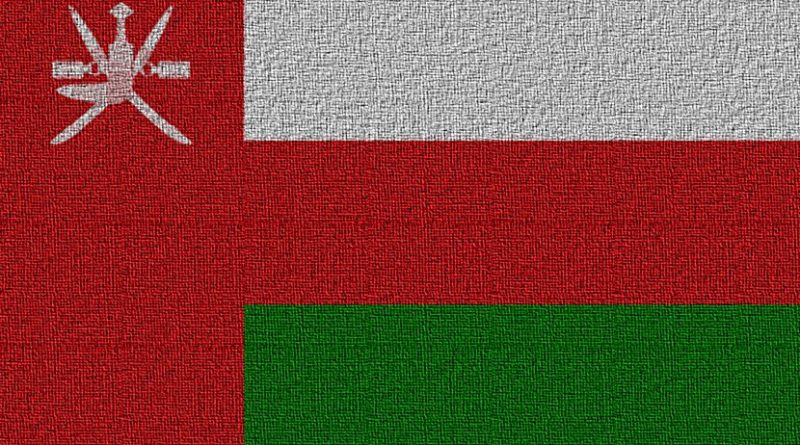 The stability of Oman offers an easier space for India to manoeuvre in.

The geography of West Asia today is under immense stress, with conflicts visible on most of the boundaries in the region. While on the face of it much of the blame would point towards the Syrian war and the entry of the Islamic State (ISIS) into the jihadist discourse, it is in fact the increasingly confrontational rivalry between Saudi Arabia and Iran that is spreading a lot of discord around the region’s politics and the fragile sectarian environment that holds these states together.

The sultanate of Oman, the last stop of Prime Minister Modi’s tri-nation trip to the region covering Palestine (with Jordan facilitating the stopover to Ramallah) and UAE before he lands in Muscat, has been conflict-free since the Dhofar Rebellion which lasted from 1963 till 1976, leading to a radical modernisation of the previously downtrodden and impoverished Omani state. Amidst this political kerfuffle, then Omani Sultan Said bin Taimur (who gained his education from Mayo College, Rajputana—India, in the 1920s) was deposed in a coup by his son Qaboos Bin Said al Said with support from the British. Qaboos, as of today, is the longest serving Arab leader.

India’s relations with Oman have been strong, and gradually grown into a strategic partnership with Muscat often playing supporting roles in helping India expand its regional balance act in West Asia. Prior to Modi, four Indian Prime Ministers have visited Oman. Rajiv Gandhi, P.V. Narasimha Rao, Atal Bihari Vajpayee and Manmohan Singh have laid down a strong tradition of bilateral relations between the two states at the highest levels. However, Oman’s importance to India may become more critical than before as the Indian Ocean region develops further as a hotspot over the larger narrative of attempts to understand and react to China’s rise as a revisionist global power, America’s gradual but visible rescind as the sole hegemonic superpower and India’s ambitions to become a global power in the decades to come.

The Indian Ocean region has always been seen as India’s zone of influence, an exclusivity expected to be maintained by New Delhi as part of its overall strategic posture, despite the lack of grand-strategy goals. This has come to a challenge, with Chinese financial and political influence increasing in the region setting up base for increased international military activities in the future, India’s outreach in West Asia on the security front has also seen some steadfast movement from the Indian Air Force Sukhoi 30s making a first ever stopover in Saudi Arabia in 2015 to regular port calls by the Indian Navy at various critical ports in the region.

The stability of Oman offers an easier space for India to manoeuvre in. The Indian Navy conducted its eleventh bilateral military exercise with Muscat in December last year, where India deployed its new state-of-the-art P-8I long-range reconnaissance aircraft along with the Talwar-class frigates INS Trikand and INS Teg. This exercise has been a fixture of India-Oman outreach since 1993. Subsequently frequent bilateral visits from the defence and diplomacy circuits between the two countries have cemented strong ties and laid groundwork for future challenges as well, such as cyber security and counterterrorism.

India and Oman have previously also worked together with New Delhi’s relations with Iran, specifically during the peak period of sanctions against Tehran over its nuclear programme and attempts to setup an undersea LNG pipeline between India, Oman and Iran. The pipeline was envisaged to originate in Iran and crossing over to Oman in order to skirt at least some of the sanctions related problems, mainly those of financial transfers. Further, a recent report on Indian interests in setting up military presence in Oman as part of a larger deal with France for the Indian Ocean region has added potential for an all new dynamic to the relationship. This comes, again, in the backdrop of Beijing’s full control of Gwadar port in Pakistan, with new reports suggesting a second base in Jiwani also under consideration, along with its operationalisation of its first overseas permanent naval base in Djibouti. While China maintains the Djibouti facility is a ‘logistics facility’, the People’s Liberation Army Navy (PLAN) conducted a live-fire exercise with heavy weaponry only a few days after the base gained operational status.

While these interests may spur India’s strategic linkage with Oman at a faster pace than before, it is relevant to note that this oasis of peace in the region also has its own challenges. Sultan Qaboos, the leader of 47 years, has the responsibility of installing a succession programme that will continue the country’s regionally uncharacteristic neutral nature after his reign, and protect Oman from slumping into becoming a protectorate of either Saudi Arabia or Iran. Even as a member of the GCC, much to Saudi displeasure, Oman refused to entertain calls for a military alliance by Riyadh in Yemen, calling itself a country of peace with war being against its ideals. The question of a post-Qaboos Oman, pushed by concerns over the sultan’s health with him remaining out of country for treatment and making TV appearances to dispel rumors of his death last year, while looking frail, has had no answer as of yet. The current climate in West Asia and the escalated stakes of the Saudi-Iran battle for regional supremacy has seen Oman already being blamed by various interest groups on both supporting the Houthi rebels in Yemen and simultaneous supporting Saudi interests. While maintaining such a ‘Switzerland-syndrome’ in West Asia has been managed well by Qaboos, with public support, increasing fractures around the country’s geography requires a strong and well executed political transfer to make sure Oman does not fall to become another front in Riyadh-Tehran sectarian Olympics.

Strong relations, both economic and strategic, work in favour of both Muscat and New Delhi. India’s balancing act in the region is not too dissimilar from Oman, which is conducting the same whilst not just being in middle of the storm, but also a part of it. Demographic, economic and defence cooperation between the two countries aids India’s approach towards West Asia significantly, adding positive weight to New Delhi’s global ambitions and more narrowly, renewed aims in the Indian Ocean region.

Home » Oman: How India Can Benefit In Calm Amidst Storm In West Asia – Analysis