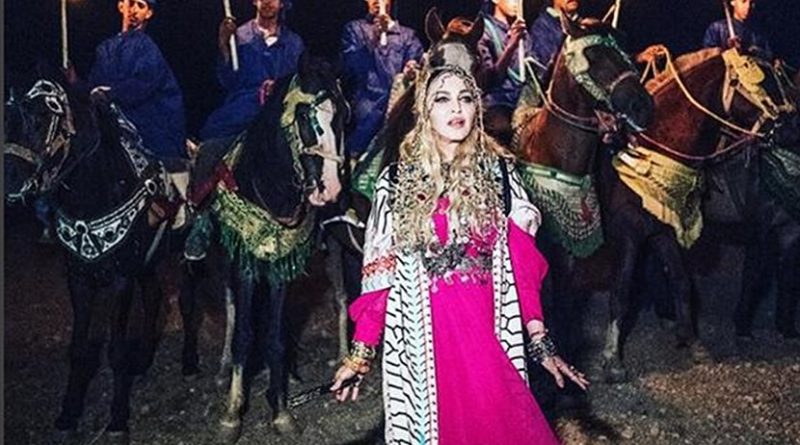 American singer-songwriter, Madonna, will perform at the 2019 Eurovision Song Contest, which is due to be held in Tel Aviv, in central Israel, amid calls to boycott the event, on Tuesday.

The European Broadcasting Union confirmed that the 60-year-old singer is set to perform two songs at Eurovision, including a classic track and a new single.

Madonna is expected to be accompanied by a 160-person entourage. This would be Madonna’s fourth performance in Israel. The first came in 1993, and was followed by concerts in 2009 and 2012.

Nevertheless, Pro-Palestinian groups and organizations such as Palestinian Campaign for the Academic and Cultural Boycott of Israel (PACBI) and Jewish Voice For Peace called on Madonna to cancel her performance at the song contest in Israel in May.

PACBI took to Twitter to send a message to Madonna, telling her performance and star-power “will help cover up Israel’s abuses against the Palestinians.”

PACBI’s tweet read, “Tell Madonna that performing at Eurovision in Israel means lending her star-power to cover up Israel’s continued human rights abuses and harms the Palestinian struggle for freedom, justice and equality.”

The tweet came with the hashtag #MadonnaDontGo.Jewish Voice for Peace also tweeted, “Stay home, Madonna. Lend your voice for freedom.”

The organization also posted a message for the singer on its website titled “Tell Madonna to Choose Freedom,” which said, “There’s no neutrality in situations of injustice. Please stand with us on the right side of history to create a better world for all and cancel your performance at Eurovision. If you believe in equality and dignity for all, you will choose not to lend your star-power to the far-right Israeli government that is using Eurovision to cover up their continued human rights abuses. Your performance at Eurovision will bring harm to the Palestinian struggle for freedom, justice and equality.”

Recently, some 171 Swedish artists and celebrities have signed an open letter urging to boycott the 2019 Eurovision Song Contest and stressed that “as long as Israel, with its apartheid policy, denies the Palestinians their basic human rights, we must renounce all participation in Israeli cultural exchanges.”

In September 2018, over 140 artists from around the world, including six Israeli artists, signed a letter calling for the boycott of the 2019 Eurovision Song Contest and demanding the song contest should be boycotted if it is “hosted by Israel while it continues its grave, decades-old violations of Palestinian human rights.”