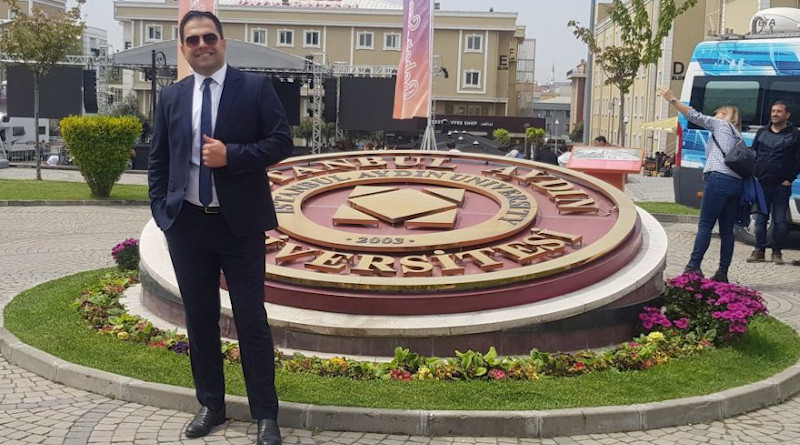 Until recently, Turkey and Iran maintained a cordial relationship due to the convergence of their interests in the region, specifically in the geopolitical and economic arenas.

Both countries oppose the US forces’ involvement in Syria, while the American Department of Defense has made it clear it is against Iran’s interventions in Syria and was last year opposed to “the Turkish military move into Syria and especially objects to Turkish operations outside the security mechanism zone and in areas where the Turks know US forces are present.”

Economically speaking, Turkey hopes that the US will lift sanctions against Iran, allowing Turkish companies to invest in Tehran’s gas infrastructure and speed up production. Turkey is a key buyer of Iranian oil and gas and it has long been aiming to position itself as the major energy hub between Europe and Iran.

Despite the draconian US-imposed sanctions on Iran, trade between Iran and Turkey is still significant, being worth $5.28 billion between January and November 2019 — with Iran exporting $3.18 billion-worth of goods and Turkey exporting $2.1 billion.

In addition, many Iranian officials have reportedly been investing in Turkey’s housing market. They are most likely buying properties in order to have somewhere to go in case the regime collapses. Ahmad Amirabadi, an Iranian parliament member from Qom, announced in December that: “$18 billion was paid to some people with the state currency rate of 4,200 tomans (for each US dollar) to bring medicine for the people from abroad. They took it to Turkey and Canada and bought houses and brought no medicine.”

Nevertheless, relations between Iran and Turkey have been deteriorating in recent months. Tensions are escalating due to two major factors. The first is that Iran’s increasing involvement in assassinations of dissidents in Turkey is undermining Ankara’s national security.

Turkish officials last month revealed that Iranian officials instigated the killing of dissident Masoud Molavi Vardanjani, who was shot dead in an Istanbul street last November. A senior US official confirmed: “Given Iran’s history of targeted assassinations of Iranian dissidents and the methods used in Turkey, the United States government believes that Iran’s Ministry of Intelligence and Security was directly involved in Vardanjani’s killing.” Iran responded by lashing out at both Turkey and the US. Foreign Ministry spokesman Abbas Mousavi tweeted: “Undisputed fact: US ‘diplomats’ have long been in the business of coups, arming terrorists, fueling sectarian violence.”

Vardanjani posed a threat to the Iranian regime because he reportedly worked at the Ministry of Defense before fleeing to Turkey. Prior to his killing, he launched a campaign to expose the Islamic Revolutionary Guard Corps (IRGC) and the judiciary. He wrote out on social media: “I will root out the corrupt mafia commanders… Pray that they don’t kill me before I do this.”

This is not the first time that the Iranian regime has been implicated in the assassination of dissidents in Turkey. In 2017, Saeed Karimian, a British television executive and founder of GEM TV, which runs 17 Persian-language TV channels, was shot dead in Istanbul. Before his killing, he was convicted in absentia in Iran’s revolutionary court for spreading propaganda against the Islamic Republic. His killers, traveling on fake passports, were arrested in Serbia en route to Iran. Iranian opposition group the National Council of Resistance of Iran stated that Karimian was assassinated by the IRGC on the direct orders of Supreme Leader Ali Khamenei.

The lax visa requirements between the two countries have most likely made Iran’s assassination attempts in Turkey more frequent. Iranian citizens are exempt from obtaining a visa for visits to Turkey of up to 90 days. This allows Iranian agents to more easily commute between Ankara and Tehran.

The second factor contributing to the current rising tensions between Turkey and Iran is the conflict in Syria’s Idlib province. From the perspective of the Iranian leaders, Tehran must be the only foreign state wielding power in Syria because of the billions of dollars it has spent keeping President Bashar Assad in office. Turkey has been scuttling Iran’s agenda with its military offensives in Idlib. This is why Iran’s Military Advisory Center in Syria last week warned in a rare statement: “Once again, we reiterate that the children of the Turkish nation serving in the Turkish army in Idlib are within range of our military forces, and we could have easily taken revenge on them for the bombardment of our bases, but we have refused to do so upon orders by our commanders.”

Although tensions between Iran and Turkey appear to be rising, the two old allies will most likely strike a balance because of the core convergence of their geopolitical and economic interests.