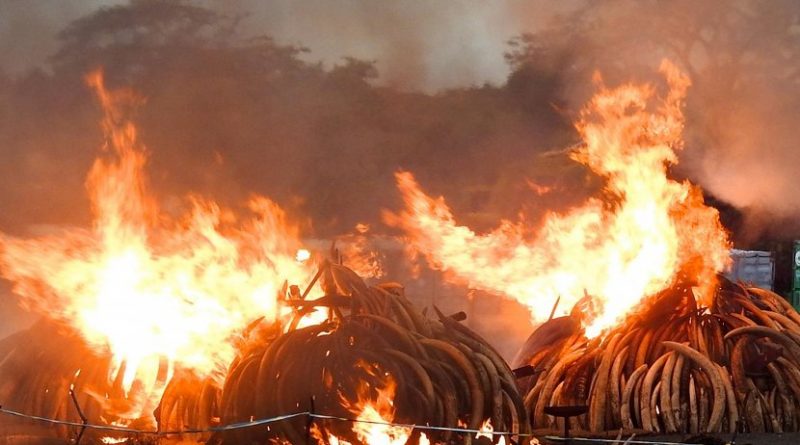 In Mati city, Philippines last April 8, a month after the 2019 World Wildlife Day (WWD), a composite team of wildlife enforcers , police, and Department of Environment and Natural Reaources (DENR) including the Biodiversity Management Bureau, conducted a raid where they confiscated 450 species of bird, mammals and reptiles from Indonesia, including the endangered black palm cockatoos (Probosciger aterrimus) and echidna, both of which are listed in the Convention on International Trade in Endangered Species of Wild Fauna and Flora (CITES) Appendix I and II respectively.

The Philippines has once again demonstrated its strong and steadfast commitment to fighting illegal wildlife trade following two consecutive law enforcement operations that resulted in massive seizures of live wild animals and arrest of wildlife criminals.

Even as the Philippines is a signatory to the Convention on International Trade in Endangered Species of Wild Fauna and Flora (CITES), an international agreement between governments to ensure international trade of wild plants and animals do not threaten survival of these species, protecting much of wildlife from commercial trade is becoming an uphill battle not only in the Philippines but in many countries as well.

Though many endangered and threatened species are ostensibly protected by national laws in many countries and by CITES, many species are growing rarer or disappearing as a result of wildlife trade. In the past, conservationists have called for stricter laws and tougher enforcement to protect wildlife. But many more now recognize that laws and fences alone are not sufficient to stop the decimation, and that only with the cooperation of those people who live closest to them, will many species have any chance of surviving.

Trade’s Inroads to the Wild

Commerce in wild animals and plants– and the products from them– has been a part of human life since prehistoric times. In many regions of the world, the historical abundance of wildlife has already been depleted whether through hunting, habitat loss, pollution, or a combination of these factors. But much still remains to be lost or preserved.

In a world of shrinking biological diversity , there are a number of ways in which wildlife trade deals species a heavy blow. Global demand threatens individual species either inparticular localities or throughout their range. The extinction of one species may in turn, lead to the loss of others. And when species are hunted to extinction, and ecosystems pulled apart, other valuable information that may be gained from studying animal behavior or relationships between species, is lost.

The most direct threat of wildlife trade is its impact on individual species. Though habitat loss is the primary threat to most of the world’s rare animal and plant , for some species, trade can be more devastating than human encroachment. As a result of widespread hunting and collecting, many species are sliding to extinction.

Wildlife trade is especially threatening to species whose habitats have been fragmented by human incursion. Hunting and trade exerts more pressure on remnant bands and could deal them a final blow. The extinction of any species is rarely an isolated event. The disappearance of one species can threaten the survival of one or several others that live in tandem with it.

The harmful effect of trade is multiplied many times by profligate killing by poachers which results in extraordinary waste. Many animals are killed only for a single choice part that has commercial value. Wate is also prevalent in live animals, many of which die in transit. In another form of live animal abuse,young animals pursued by poachers often die, often from injuries.

Wildlife protection is rarely as dramatic as an ivory bonfire. Instead, much takes place in the soulless conference rooms of CITES, This binding treaty among governments was created “for the protection of certain species of wild fauna and flora against over-exploitation through international trade.

Given the people and businesses that want to maintain a trade in wildlife consistently use the statement that they ‘comply’ with all the CITES trade permit rules, it is imperative to take into account the ability of this system to comprehensively monitor trade and the movement of these animal body parts etc.

There is a growing body of evidence that the CITES trade permit system is not fit for purpose and, in many instances, held in contempt by representatives of agencies who use it. For the CITES (or any) system to be relevant in preventing illegal trade, the legal trade monitoring system needs to be completely transparent and provide the ability to track individual items from origin to destination, without any loopholes, gaps or opportunities to launder illegal items into the legal market. Such systems readily exist; for example, spare parts in the aviation industry are tracked with this level of diligence.

In reality, CITES has a trade and permit system that is completely useless in reconciling even the most basic import and export data. Items are not identifiable, not tracked and even quantities recorded are completely ambiguous (such as ‘10 units’ of ivory, which is less than meaningless). Many countries do not require import permits, making reconciliation and auditing impossible. Permits are mostly paper based and generally not reconciled with customs documents such as lading bills or air way bills.

When asking representatives of some of the most well known global conservation organisations why they have enabled this sorry situation to persist, sadly too many responses took the form “We know the system isn’t great, but it is all we have”. Whilst this pattern of response may be attributed to mediocrity, more worryingly was that, when pushed, some admitted that they don’t say anything that would upset the CITES secretariat or the parties as they “don’t want to be uninvited” to the working group meetings in Geneva or uninvited to the Conference of Parties, robbing them of the status of ‘having a seat at the table’. To clarify, only signatories (governments) have an automatic invitation to CITES meetings and working groups; the conservation NGOs are invited by the ‘grace and favour’ of the formal stakeholders.

Since the conservation organisations have no power and are not prepared to rock the boat, the focus for activists and the concerned public must be the 183 signatories to CITES and how they can be influenced. In influencing them we must use their currency, the language of trade. If the signatories were going to be moved to decisive action to save species because it was the right thing to do it would have happened by now.

It is very clear that many believe trade is the panacea or, as a very minimum, have stuck with the sustainable use model because they haven’t got the creativity to come up with more innovative solutions. If they are sticking to the trade mantra, then the best thing for the caring public to do is challenge their governments (the 183 signatories) to invest in fixing this currently flawed system.

CITES has had some notable successes but also has provided loopholes through which a thriving international trade continue to pass.

There is so much good happening as well, CITES being one of the very few international agreements with teeth. That means there are trade sanctions that can be recommended to the parties and countries that do not comply with the resolutions. The political will is absolutely central to the new way of approachingthe challenge of poaching and illegal trafficking at the scale that we see today.

Wildlife trafficking is a multi-million dollar illicit business activity that’s able to transcend national borders for being embedded in legal trade and strategies used in trafficking has reached social media.

Facebook has emerged as the top site for wildlife trafficking in the Philippines, a watchdog said on Friday, with thousands of endangered crocodiles, snakes and turtles illegally traded in just three months.

Monitoring network TRAFFIC said Facebook had not done enough to shut down the trade, which saw more than 5,000 reptiles from 115 species put up for sale on its discussion groups from June to August 2015 alone.

The groups where live reptile advertisements were posted had more than 350,000 members when the study began, with numbers growing 11 percent in two months.Most transactions were completed using Facebook’s Messenger service, the report said, adding that trading continues on the platform despite periodic government raids. Over half the species bought and sold were protected internationally and by the Philippines’ wildlife act, which carries jail terms and fines.

There is a need to make wildlife crime punishable just like the arms trade or the drug trade or human trafficking. This is not the case right now.