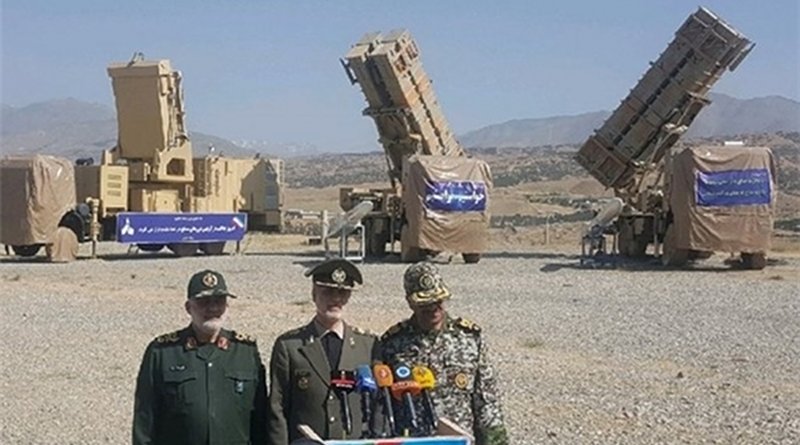 Elaborating on the features and capabilities of the defense shield, General Hatami said that it can trace targets, including fighter jets and enemy drones, 150km away and intercept them at a range of 120km.

“It can also trace stealth targets in areas 85km in distance, and destroy them at a distance of 45km,” he added.

General Hatami said that the missile defense system can trace, engage, and destroy 6 targets simultaneously, enjoys high mobility and can be prepared for operation in less than 5 minutes.

“The system is equipped with (passive) phased-array radar system with a multiple-target-engagement capability. It also has separate launch pads, and operates with Sayyad 3 missiles,” he underlined.

The Iranian military officials have in several occasions said that the country’s advances in building different military equipment are merely aimed at defending the country against any possible aggression.

He stressed that the country enjoyed integrated missile and radar systems, saying the Army constantly monitored threats on land, air and sea so that if the enemy wanted to take any action, it would face a firm and crushing response.

He said that the Iranian Armed Forces were using all capacities, including good training, to promote their power against all possible challenges.