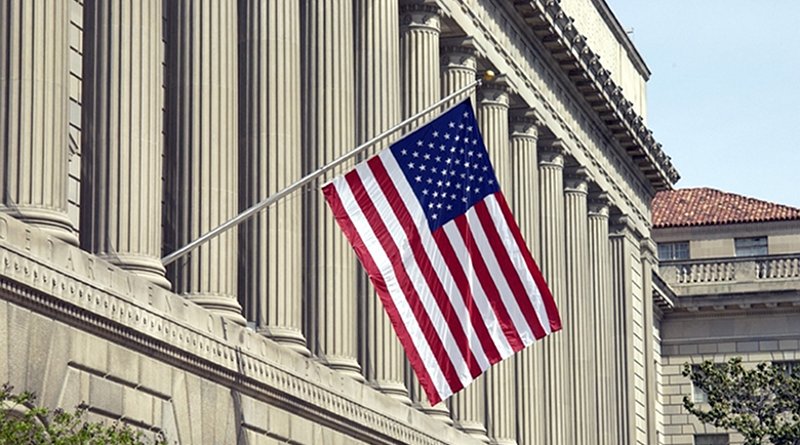 The US Department of Commerce headquarters (Image: DOC)

The US Department of Commerce (DOC) has set out 24 goals to safeguard US access to mineral commodities designated as critical to the nation’s economic security. Uranium is one of the minerals on the critical list.

The recommendations are made in an interagency report A Federal Strategy to Ensure Secure and Reliable Supplies of Critical Minerals. The report was prepared in response to an executive order issued by President Donald Trump in December 2017 to reduce the country’s dependence on imports of such commodities. It follows a previous report from the Department of Interior, also required under the executive order, which designated 35 mineral commodities including uranium, titanium and rare earth elements as critical to the USA’s economic and national security.

“These critical minerals are often overlooked but modern life without them would be impossible,” Secretary of Commerce Wilbur Ross said. “Through the recommendations detailed in this report, the Federal government will take unprecedented action to ensure that the United States will not be cut off from these vital materials.”

The USA is currently dependent on imports for more than 50% of domestic demand for 29 of the 35 materials on the list, the DOC said, and lacks domestic production for 14 of them. The USA in 2017 relied on imports for 93% of its uranium needs, the report notes, citing figures from the US Energy Information Administration. Of this, 33% was supplied by Canada, 19% by Australia, 16% by Russia, 11% by Kazakhstan and 11% by other countries.

The strategy was developed by the DOC in coordination with the federal departments and agencies of the National Science and Technology Council’s Subcommittee on Critical Minerals (CMS).

Implementation of the strategy should be coordinated by the CMS, the report says.

US uranium companies Energy Fuels Inc and Ur-Energy – which in January 2018 submitted a petition under Section 232 of the Trade Expansion Act of 1962 saying the loss of a viable US uranium mining industry would have a significant detrimental impact on the country’s national, energy and economic security – said they “absolutely” agreed with the call to strengthen US critical mineral supply chains.

“As with other critical minerals, such as rare earths, our increasing reliance on our strategic adversaries for uranium supply places our energy and national security at real risk of supply chain disruptions,” they said. “Designating uranium as a critical mineral is an important step toward recognising the national security threat of imports and limiting our adversaries’ growing dominance in the global market.”

A presidential decision on the findings of the DOC investigation triggered by the Section 232 petition is expected by 15 July. Those findings and recommendations have not been made public, but Energy Fuels and Ur-Energy yesterday said they “encouraged” President Trump to enact a “modest” 25% quota for domestic uranium and a “Buy American” policy for US government entities that use uranium as outlined in their petition.

“A properly designed quota will create a US market environment for long-term contracts that can support the domestic industry’s recovery, while protecting national security and preventing the US from becoming completely dependent on foreign sources of uranium,” they said.

Home » US Department Of Commerce Sets Out Strategy For Crucial Commodities