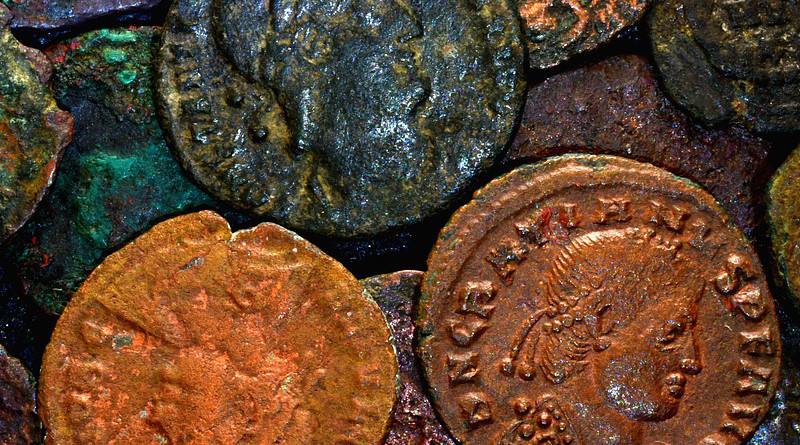 Georgia which pursues integration into Western political, economic and military unions has an interesting historical background of encouraging peaceful co-existence among its Christian and non-Christian subjects during the Middle Ages.

Multiculturalism (tolerance) and the ability to unify large different ethnic groups living within the state’s boundaries are those distinct features which serve as the fundamentum for economic, military and cultural achievements of the Western civilization.

Take an example of the famous US statue, Lady Liberty. It was originally designed to celebrate the end of slavery, not the arrival of immigrants. The monument was designed by a Frenchman Édouard de Laboulaye who in June 1865, during a meeting with the French abolitionists, talked about the idea of creating some kind of commemorative gift that would recognize the importance of the liberation of the slaves (https://www.washingtonpost.com/history/2019/05/23/statue-liberty-was-created-celebrate-freed-slaves-not-immigrants/). Many believe that the woman depicted as the Lady Liberty was of black provenance.

Various US commemorative coins propagate the unification of the great American nation. Take the following example is of the US president Barack Obama pictured on the the obverse design of the commemorative coin. The obverse inscription reads “BARACK OBAMA”. The reverse has a quote from Obama and reads as follows: “OUR DESTINY IS NOT WRITTEN FOR US. IT IS WRITTEN BY US”.

Unknown to most for many years, the famous female figure depicted as Liberty on Saint-Gaudens double eagle (1907-1932) was African-American model Hettie Anderson (see right).

Another example is a one-ounce American Liberty 225th Anniversary gold coin minted in 2017 to commemorate the 225th anniversary of the US Mint. The coin has a notable design as it first had the depiction of Lady Liberty portrayed as an African-American woman (https://catalog.usmint.gov/american-liberty-225th-anniversary-gold-coin-17XA.html)

Similar tradition of paying respects to ethnic minorities or groups of the society which underwent deprivation exists in Western Europe and other developed states across the globe. Georgia which pursues integration into Western political, economic and military unions has an interesting historical background of encouraging peaceful co-existence among its Christian and non-Christian subjects during the Middle Ages.

“. . . I witnessed all these privileges, when I entered Tiflis/Tbilisi in the year 548/1153. And I saw how the king of the Georgians, Dimitri, in whose service I was, arrived in Tiflis and sojourned there some days. The same Friday he came to the cathedral mosque and sat on a platform opposite the preacher and he remained at his place while the preacher preached and the people prayed and he listened to the khutba, all of it. Then he went out and granted for the mosque 200 gold dinars” (D. M. Lang. Studies in the Numismatic History of Georgia in Transcaucasia. New York. 1955, p. 17). This is what Arab writer al-Farik says about demonstration of tolerance of the Georgian king Demetre I (1125-1156) towards his Muslim subjects. Perhaps, the king wished them to be more faithful. His son Giorgi III used even more powerful method for the same propaganda.

Obverse: King in stemma (Byzantine Imperial crown) and Persian dress, with loose trousers, seated also in a very Persian manner, cross-legged, facing. His left hand rests on his thigh, on his right hand up lifted sits a falcon. Georgian letters for the name of Giorgi, and also representing date 394 of the Paschal cycle.

The coin shows the ruler in the Persian dress with the false-sleeves and loose trousers, seated also in a very Persian manner, with a falcon on his hand. If not the Arabic legend on reverse claiming that he is Giorgi, King of the Kings and the Sword of Messiah, Georgian initials on obverse and Imperial stemma on the head, he could have been any of the Muslim dynasts.

But that is the schematic effigy for Giorgi III of Georgia, victorious and celebrated.

Neither his grandfather David IV (1089-1125), nor his grandson Giorgi IV Lasha (1210-1222) used to be dressed like him; all they wore divitision, loros and chlamis, common uniform for the Georgian kings within the Byzantine Commonwealth. Even David Ulugh and David Narin, vassal kings of Georgia under the Mongols, are in the Imperial dress, as seen on their drama struck in 1261. Georgian imitations to the silver aspers of Trebizond (with Emperor’s effigy on reverse) keep the Imperial insignia within the Georgian culture until the 15th c. (for the Georgian coins v. http://geonumismatics.tsu.ge/en/).

There is no obvious reason to deny the Imperial clothes for Giorgi III. Then his Persian style is completely unrealistic.

Each baroque demands good reason and also a pattern for itself.

It could be a gentle gesture towards his Muslim subjects dwelling mostly in Tbilisi, recaptured by David IV, but only recently re-established as Georgian capital.

It could be a contribution towards great Eastern monetary pact imposing the same ratio for copper, basic metal in circulation due to the “silver famine”.

But it still demanded some pattern for itself – a certain kind of Muslim and Christian Imperial mixture. And only land, which could provide such composition, was Sultanate of Rum, Muslim entity within Byzantine structure.

Towards the 12th c. two powers claimed a hegemony over what was still called Byzantium – Comneni from Constantinople and the Seljuks from Conia. The latter’s imperial ambitions led to an invention of curious picture – sultan holding stemma, or even being dressed in Byzantine fashion. It figures extensively on medals and coins (e.g. Eberhard Karls University of Tuebingen. Numismatic Collection, inv. # 91-16-102. For the monetary type v. Sevki Nezihi Aukut.Türkiye Selçuklu Sikkeleri. I. Istanbul. 2000, pp. 287-288).

Some of these Islamic coins are not synchronous to the reign of Giorgi III, they were struck a bit later. Still, they do reflect earlier tendencies in policy and fine arts of the Anatolian Seljuks.

These examples from the Georgian history show the country has rich history of unification of different groups of society for a common cause, much similar to the Western tradition.

Home » Coin As A Means Of Propaganda: Georgian And Western Experience – Analysis