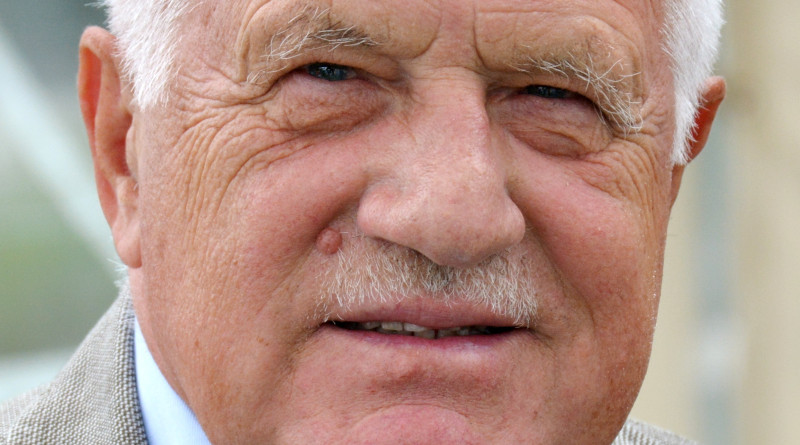 It is rather rare that I share articles that are not from my own pen. The following article is therefore an exception and for good reason. It is written by none other than the former President of the Czech Republic Václav Klaus, with whom I have a long-standing relationship, based on great respect and many shared values. The arguments he presents here are not only compelling, but very illuminating too, making this article an essential reading.

The Václav Klaus Institute (IVK) strongly and resolutely rejects the so called “Next Generation EU” proposal to create a huge EU fund, put forward in the speech made by the President of the European Commission Ursula von der Leyen on May 27.

The European Commission’s initiative repeatedly proves that the Brussels’ elites have been using the epidemic as a justification and pretext for strengthening their recurrent attempts to prolong the already untenable state of the EU at the cost of massive indebtedness of citizens of EU member countries and of their future generations.

However, the whole story is not only about indebtedness. We see in it also an arrogant demonstration of the current European political class way of thinking and of its intentions. The whole plan is an appeal to abandon economic rationality, to give up hope that any kind of reasonable economic criteria could be applied. Its aim is to bring about further centralization of the EU, to finance its highly controversial ambitions and – last but not least – to strengthen the political union.

These gigantic financial transfers will constitute a further step towards a European superstate. The plan operates with huge sums of money without bringing in any additional financial resources. It is only about the transfer of funds. It is not a variant to the Marshall Plan, which brought in financial resources “from the outside”.

No one will give anyone money for free. The only effect of this plan will be decades of massive indebtedness. Moreover, it has been sufficiently proved that the borrowed money will not bring prosperity to the EU countries, nor will they speed up recovery of the economies affected by epidemics and restrictions.

No financial injections help (nor cheap credits).  They will only lead to the conservation of ineffective structures, will slow down natural and necessary adjustment processes and will distort the rational allocation of resources, directing them towards bureaucratically and ideologically motivated projects.

Moreover, it is not a COVID-19 project designed to rescue economies affected by the coronavirus lockdowns. It is an attempt of Brussels to indirectly and in contradiction to the existing rules transfer funds to the struggling European South to make it stay in the EU at the expense of other countries.

It would be a mistake to discuss the bigger or smaller amounts of money planned for the Czech Republic only. We should concentrate on the overall economic and political harmfulness of the whole project instead and we should be also aware of other threats connected with it. Even if the EU tried to bribe our country by what would seemingly be a more favorable redistribution of financial resources or by means of other concessions, the effects would always be negative.

We call upon our government to reject the establishment of the proposed fund and vote against it in the European Council. That is the only way to save our country against what we see as a completely and utterly irresponsible plan.

We do not need any money. We need economic freedom.