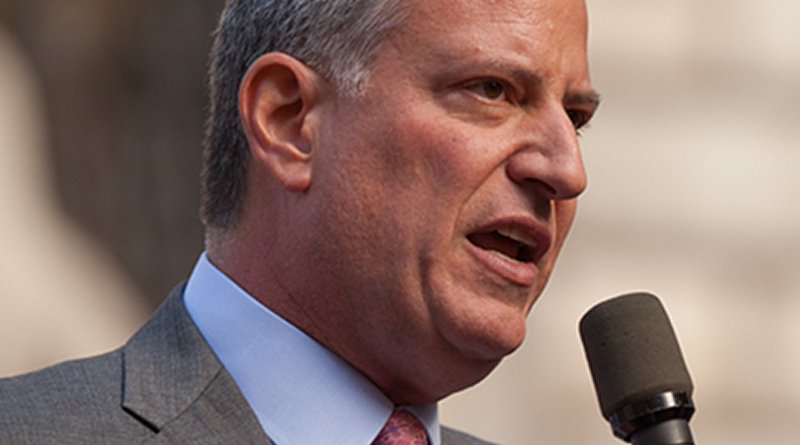 New York City Mayor Bill de Blasio and Chicago Mayor Lori Lightfoot share a similar record on their handling of violence, public health and religious liberty. Both are a disgrace.

Over the 4th of July weekend, 19 persons died of COVID-19 in New York City. During that same period, 64 people were shot and 10 were killed. In Chicago, 9 persons died of the virus over those three days; 64 were wounded and 15 were murdered.

It is hard to know where the blame lies in deaths due to coronavirus, but it is not hard to know who bears responsibility for the violence. Both de Blasio and Lightfoot have made the police the enemy, and everyone knows it, especially the shooters.

When it comes to religious liberty, however, these two mayors sing a different tune. To be exact, they have gone out of their way to punish church-goers for not complying with their public health edicts. Worse, they have done nothing about the public health threat posed by protesters, many of whom were violent.

De Blasio not only endorsed the mobs that took to the streets, he gave them immunity from his contact-tracing mandate. New York employees charged with coronavirus contact-tracing were told that they could not ask anyone if he attended a protest. But they sure could ask if he went to church.

In other words, the mayor decided it was more important to guard the anonymity of someone who picked up COVID-19 while demonstrating side-by-side with thousands of others—in illegal marches—than it was to protect an innocent person from being infected by them.

Religious New Yorkers, however, were told to stay out of church, synagogue, mosque and other houses of worship. They were told they were a threat to public health. Then a federal district judge stepped in and put a temporary stop to de Blasio’s game: He accused the mayor (and Gov. Andrew Cuomo) of sending “a clear message that mass protests are deserving of preferential treatment.”

Like de Blasio, Lightfoot threw public health concerns to the wind by doing nothing to enforce social distancing among protesters. Church-goers, however, are another story. In May, she threw down the gauntlet. She pledged to fine any church that was open. “This is not playing Russian Roulette. This is playing with a gun that is fully loaded and cocked.”

Sadly, real guns go off every weekend in her city, and she has done nothing about it. Blacks kill blacks by the dozens, turning Chicago streets into a bloodbath. Yet Lightfoot will not condemn the killers with the kind of incendiary language she uses against innocent church-goers.

De Blasio and Lightfoot are a threat to public health, public safety, and religious liberty. How much more must they do to their cities before their residents finally rise up and demand justice?