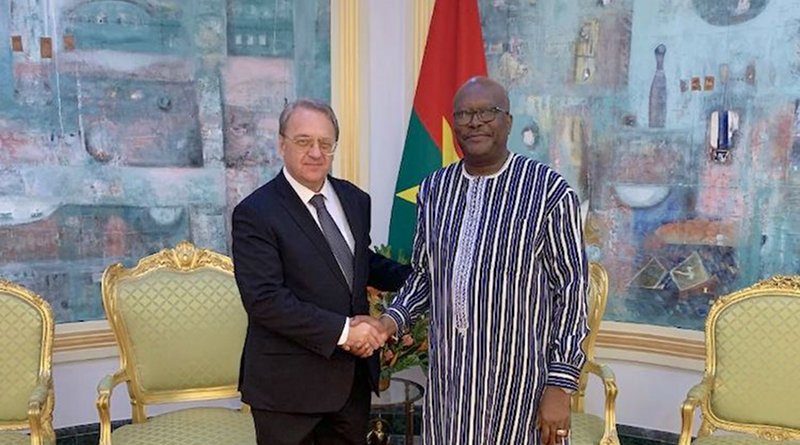 As Russia prepares to strengthen its overall corporate economic profile during the African leaders’ summit in Sochi in October, policy experts are questioning agreements that were signed – many of them largely unfulfilled and forgotten – at least in the past decade with African countries.

Experts, such as Professors Vladimir Shubin and Alexandra Arkhangelskaya from the Institute for African Studies in Moscow, have argued that Russia needs to be more strategic in aligning its interests, and be more proactive with instruments and mechanisms in promoting economic cooperation in order to reap the benefits of a fully-fledged partnership.

“The most significant positive sign is that Russia has moved away from its low-key strategy to vigorous relations, and authorities are seriously showing readiness to compete with other foreign players. Russia needs to find a strategy that really reflects the practical interests of Russian business,” said Arkhangelskaya, who is a Senior Lecturer at the Moscow High School of Economics.

Currently, the signs for Russian-African relations are impressive. Declarations of intentions have been made, important bilateral agreements signed. Now it remains to be seen how these intentions and agreements will be implemented in practice, she pointed out in an interview with this correspondent.

The revival of Russia-African relations has to be enhanced in all fields. Obstacles to the broadening of Russian-Africa relations have to be addressed more vigorously. These include, in particular, the lack of knowledge or information in Russia about the situation in Africa, and vice versa, suggested Arkhangelskaya.

In November 2018 the State Duma, the lower house of parliament, called for increased Russian media presence in African countries, while Russia itself has blocked Africa from having media representation in the Russian Federation, according to media investigations.

Russia has no African media face. Neither Africa has Russian media face. While the Foreign Ministry has accredited foreign media from Latin America, the United States, Europe and Asian countries, none came from Africa that comprises 54 states.

Fyodor Lukyanov, Chairman of the Presidium of the Council on Foreign and Defense Policy, Research Director at the Valdai International Discussion Club and Editor-in-Chief of the Russia in Global Affairs journal – the most authoritative source of expertise on Russian foreign policy and global developments – has acknowledged that Chinese strategy in Africa is about to get access to resources, vitally important for Chinese development.

To achieve this, Beijing uses all leverage, including soft power, technical and economic assistance, and political support to leaders of particular countries (be it Zimbabwe’s Mugabe or Sudan’s Bashir).

“Russia has not similar need to gain African resources, so there is no motivation to develop such a comprehensive approach. We can identify many aspects of Chinese experience which would be useful to learn, but looking realistically I don’t think Russia will ever do it,” Lukyanov told this correspodent in an emailed interview.

The media and NGOs should make big efforts to increase the level of mutual knowledge, which can stimulate interest for each other and lead to increased economic interaction as well, he suggested, and added that “soft power has never been a strong side of Russian policy in the post-Soviet era”.

London based Business Consultant and Director, Irina Awote, explained in an emailed interview that increasingly, the African continent is witnessing a surge in the number of infrastructure and investment deals requiring a combination of both internal and external financing, increased capital for expansion. And in deed, Russia has to demonstrate its preparedness.

After the collapse of the Soviet Union, Russia primarily focused on building and strengthening its internal economy, she explained.  Awote, however, added: “Today, the Russian economy and Russian industries have come a long way since the Soviet collapse – the Russian economy is a lot stronger than in the first two decades following the Soviet collapse, at the same time many Russian enterprises have since evolved and developed, many through partnerships with international organizations.”

As such, there has been, for a long time, interest from Russia to revive its old economic ties with Africa. Russia and Russian enterprises are in a much stronger position to capitalize on this opportunity than a few decades ago. At the same time, not ignoring the fact that the continued economic sanctions imposed by the West, have made Russia reinforce its strategic partnerships with other regions, and especially Africa where they have had good historical ties from the Soviet era, according to Awote.

Working with Sierra Leone has been on the plan for years. Bogdanov and Deputy Minister of Foreign Affairs and International Cooperation of the Republic of Sierra Leone Solomon Jamiru also held diplomatic talks, rounded up the discussion on fishing ventures, military-technical cooperation and the forthcoming Russia-Africa Summit.

On Aug 1, while attending the inauguration of the new leader in Mauritania, Bogdanov and President Mohamed Ould Ghazouani. The President of Mauritania elected on Jun 22, 2019. Both discussed ways for strengthening the existing relations. The common interest of Moscow and Nouakchott is giving additional dynamics to the development of mutually beneficial cooperation in various fields, primarily in the field of marine fishing and the development of natural resources, as well as the personnel training in Russia.

Over the past two to three months, Bogdanov has met with nearly all African ambassadors accredited in the Russian Federation. The key issue here is to explore opportunities for collaboration and to dialogue them on African leaders’ and business people’s participation in the Sochi Summit.

According to the official information posted to the ministry’s website, Deputy Foreign Minister Mikhail Bogdanov during these high-level meetings described 2019 as a momentous year for Russian-African relations, adding that the culmination of all activities would be at the first full-format Summit and Economic Forum, on the sidelines of which a number of new bilateral and multilateral agreements are expected to be signed.

About 35 leaders of African countries have officially confirmed their participation in the Russia-Africa Summit, according to Bogdanov. “I believe at least 40 leaders will come. We do feel our partners’ commitment and their keen interest.”

During the past decades, a number of foreign countries notably China, the United States, European Union, India, France, Turkey, Japan, and South Korea have held such gatherings in that format.

This first Russia-Africa summit is expected to enhance mutual multifaceted ties, reshape diplomatic relationships and significantly rollout ways to increase effectiveness of cooperation between Russia and Africa. The idea to hold a Russia-Africa forum was initiated by President Vladimir Putin at the BRICS (Brazil, Russia, India, China and South Africa) summit in Johannesburg in July 2018.