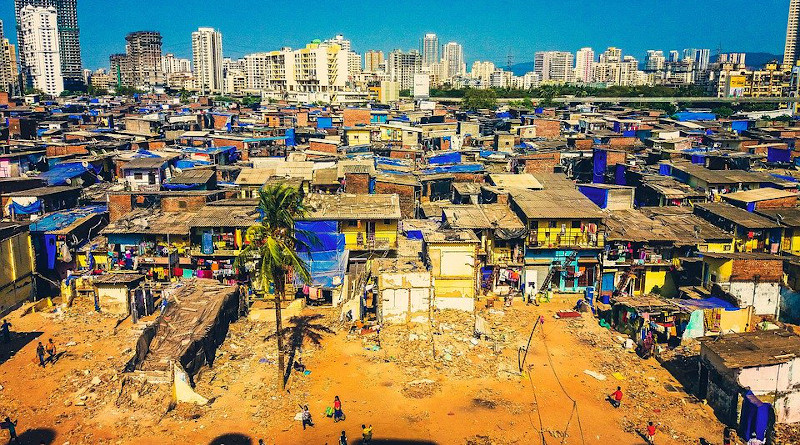 It appears that as long as Mumbai continues to be the capital of Maharashtra — acute regional imbalances are likely to continue.

In the progress of Covid-19 in India, Mumbai, unfortunately emerged as one of the most ravaged by the virus. At one point, a little over 20 percent of all national cases had found refuge in this city housing about one percent of India’s population. As the state struggles to cope with this unprecedented challenge, there are other inadequacies about Mumbai that spring to a questioning mind. One of them: Is Mumbai any longer the right headquarters for the state to work from? Would it not be much wiser to look for another city as its new capital? This is a highly vexed issue; however, it may be worthwhile giving it a dispassionate look. This article lists seven serious drawbacks that seem to disqualify Mumbai as the continuing capital of Maharashtra.

Location. To begin with, for a state almost as large as Germany in geographical area and with a population as large as the combined populations of France and UK, it is somewhat incongruous that its capital is tucked away in the remotest possible corner of the state. Its farthest districts (Gadchiroli, Gondia) are more than 1,000 kms away. Despite the fact that improved transport and technology have cut distances and have made communication easy, the approachability of the capital does matter. This becomes clear when we find that the economically best-off region of the state (western Maharashtra) is closest to Mumbai and the worst (Marathwada and Vidarbha) are the farthest. The significance of a state capital in equitable economic distribution warrants that the capital city is more centrally located. It appears that as long as Mumbai continues to be the state’s capital, acute regional imbalances are likely to continue.

Governance. Equally significant is the kind of hindrance the city poses to overall governance. Almost all governmental functionaries, except those who live close to Mantralaya (administrative headquarter of Maharashtra), spend inordinately long hours in commuting. Strangely, Mumbai has a similar locational disadvantage as the state — top government offices are housed in the city’s south and workers live in far-away north. The maximum number of office-goers travel by local suburban trains or buses. Both are packed like sardines during peak-hour journeys towards office and back home. Travel in these conditions tires workers out, tells on their efficiency and impacts their overall well being. This impacts the speed and quality of the decision-making process in government. Since the Mantralaya makes decisions for the entire state, the weaknesses of Mumbai cast an unfavourable shadow on the entire state.

Pandemic. In the background of the pandemic, continuing the capital in Mumbai looks all the more worrisome. It is quite evident from the last few pandemics that viruses have urbanised, have hit mega cities hard and have been difficult to control in such urban settlements on account of large populations and heavy densities. Furthermore, COVID-19 is not the first and will not be the last pandemic to trouble Mumbai. Pandemics paralyse movement by rendering public transport a casualty. And Mumbai’s immobility, by virtue of being the state’s capital, seriously immobilises the entire state, since in effect, it disables decision-making for the entire state. Presently, in the midst of this pandemic, running suburban trains in ‘crush capacity’ would be an open invitation to the virus to run riot. Mumbai, therefore, will continue to be only partially back on its rails for several months. And the whole state will pay the price.

Climate Change. Neither can the impact of climate change on Mumbai be ignored. Scientists are agreed that global warming is inducing rise in sea levels. Over time this will put coastal cities at the risk of partial/full submergence. A study by Climate Central, a US research institute, reveals that Mumbai would be among the cities to be severely impacted by 2050. The areas that run the risk of inundation cover a very large portion of Mumbai, including south and suburban Mumbai. That date is only thirty years away, a short time for the massive preparation to shift the capital. In view of these emerging scientific facts, it would be wise to begin the process of phase-wise decongestion of Mumbai and the search for a new capital.

Capital city dominance. One of the other sad fallouts of a capital being in a mega city is that the city seeks to corner an inordinate amount of governmental attention to itself. Mumbai has about 10 percent of the state’s population and generates more than 40 percent of its GDP. The disproportionately high economic significance of the city creates a kind of ‘capital city dominance.’ It is common knowledge that some of the key departments in Mantralaya can scarcely get time to look at cities other than Mumbai, MMR and Pune. Additionally, since the stakes are very high in Mumbai, vested interests set shop in the city and seek to influence government decisions in their favour. The location of Mantralaya in the city makes it easy to escalate unfavourable decisions taken at lower levels to higher levels for review and a more favourable result. It is these factors that have convinced many urban thinkers to conclude that structural conditions for more inclusive development requires the prevention of the collusion of interests between business and government. Unfortunately, Mumbai nurtures that culture.

Terrorism. Mumbai’s size, significance and ability to make international news has made the city the target of some of the worst terrorist attacks in the country. On 12 March 1993, a series of bomb explosions at different city locations killed 257 persons and injured more than a thousand. On 25 August 2003, two car bombs snuffed out 54 lives and injured more than 200 others. In July 2006, a series of bombs in Mumbai’s suburban railway killed 20 people. And in November 2008, major city destinations were attacked that killed 174 men, women and children and wounded 300. Many other smaller terrorist incidents have taken place making Mumbai a favorite hunting ground for terrorism.

Weather. Neither is Mumbai’s weather congenial. Torrential rains in Mumbai followed by inundation of parts of the city has now become an annual feature, bringing life in Mumbai to a standstill for several days. Mumbai is set in the Konkan belt that is a heavy rainfall region. Committees that have studied instances of deluge in Mumbai agree that a warmer atmosphere brought about by climate change will get Mumbai more rains in the future in fewer but more intense events. These vulnerabilities of Mumbai have largely been ignored in the past and huge amounts of construction in disregard of environmental safeguards have been on-going for decades, prompting a recent outburst from Ratan Tata against the ways of Mumbai builders. The consequences of such recklessness were surfacing intermittently for a long time but now have become more aggravated. There is no relief, however, even when the monsoons are not around. Mumbai’s weather throughout the year is hot and humid and quite uncomfortable outside the air-conditioned environment.

In the circumstances highlighted above, it would appear a fair argument that the state should move to a city that does not have the disadvantages of Mumbai and can provide an improved and inclusive working atmosphere. The city to select should be more centrally located, have a nicer weather, well-connected by land and air and decently provided for the living population. A million plus city that does not require large infrastructure investment and can quickly be refurbished for good governance would be ideal.

Home » India: Should Mumbai Be Replaced As Maharashtra’s Capital? – Analysis