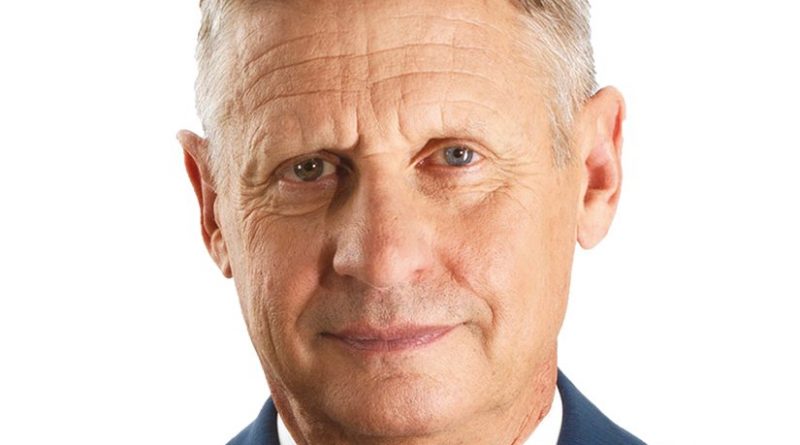 “What would you do — if elected — about Aleppo?” asked Mike Barnicle, when questioning Libertarian presidential candidate, Gary Johnson, on Morning Joe.

“What is Aleppo?” Johnson responded. He later explained that he thought he was being asked about an acronym with which he was unfamiliar.

Johnson has been mocked for his guileless response — what’s that? — but what’s much worse than not knowing something one should know is to feign knowledge so as to conceal ones ignorance. Politicians do it all the time and most people do it more often than they’re likely to admit.

When called on to comment on Johnson’s gaffe, Christopher Hill, former U.S. ambassador to Iraq who is currently Dean of the Josef Korbel School of International Studies at the University of Denver, thought it was “mind-blowing” that Johnson would have drawn a blank on the Aleppo question. Hill’s authority on the subject instantly evaporated, however, when he referred to the Syrian city as the ISIS capital. Likewise, the New York Times, reporting on Johnson, made the same mistake as Hill and compounded it by also referring to Aleppo as Syria’s capital city.

A presidential candidate, or a president, who can ask honest questions is much more desirable than one who concocts fake answers.

At the same time, the task of asking politicians questions generally falls on journalists who typically take on this responsibility with insufficient imagination, determination, or courage.

What would you do about Aleppo? is a case in point.

To circumscribe the war in Syria by giving it an epicenter (Aleppo) reinforces a narrative in which an administration that claims to be doing as much as it can — pushing diplomatic initiatives that have mostly gone nowhere — is contrasted with a yet-to-be formed administration that might do something — though as yet, no one’s really clear about what that something might be. The fact is, no one actually knows what the situation in Aleppo and more widely in Syria will be four months from now, when the next U.S. president takes office. The one thing that appears close to a certainty is that President Obama is committed to watching the clock on this issue until he leaves the White House.

Barnicle’s question could be construed as reasonable and appropriate if treated less literally as an effort to tease out a credible prescription for the immediate crisis in Aleppo, but instead viewed as a method for gauging the strategic sensibilities of the candidate.

Political discourse on Syria has been hamstrung for five years by a false debate between interventionism and anti-interventionism. The conventional wisdom drawn from the experience of the war in Iraq is that nothing is more important than avoiding another such war.

The rationale for fighting that war (after the WMD rationale evaporated) was that we need to fight them over there so we don’t end up fighting them here — them being the terrorists.

Ironically, even though the proponents of that argument mostly knew at the time that they were engaging in cynical fearmongering, it turned out that there was a kernel of truth to the interconnected world they were describing.

What Syria has demonstrated, not through predictions but by demonstrable, quantifiable facts, is that what happens in Syria doesn’t stay in Syria.

The Obama administration has treated the war in Syria as an exercise in containment. Its early nominal demands that Assad must go were never actually part of a policy of regime change. They were merely the expression of hopes and expectations that the U.S. could, in advance, place itself on the right side of history.

Ultimately, Obama’s approach to Syria has been shaped primarily by a domestic political calculus: that Americans are more concerned about ISIS than Syria.

Obama’s cynical choice has been to seek the short-term higher political dividends from battlefield successes against ISIS, than to become more deeply involved in a war that would risk becoming seen as his biggest foreign affairs legacy and failure.

But as Obama leaves office he will not actually leave Syria behind. Indeed, whoever becomes the next U.S. president will be inheriting a foreign policy headache shaped in large part by American inaction.

The war in Syria is the epicenter of regional conflict, widening instability, and a refugee crisis leading to the corrosion of democracy across the West, thus setting the course of the twenty-first century.

Like climate change, the situation in Syria has mostly grown worse because so many people thought it could safely be ignored.

An American president who imagines that what happens in the Middle East matters as little as the average American thinks it does, merely suffers from the same pathology that has always diseased the American mind: an outlook in which this nation and the world somehow magically stand apart.

Call me a globalist — I don’t mind — but there is only one world and through a lack of collective ownership over its affairs we are letting it fall apart.

Home » Aleppo, Syria, And The US Presidential Election – OpEd

One thought on “Aleppo, Syria, And The US Presidential Election – OpEd”