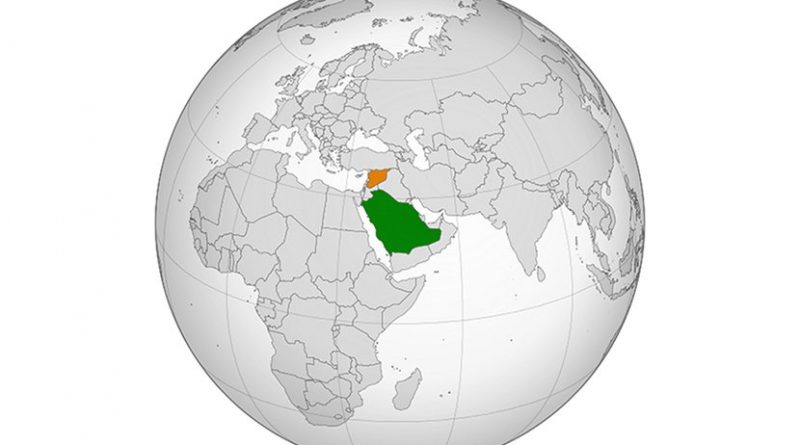 Devastated after years of conflict, Syria remains a huge battlefield, the scene of at least six separate military clashes.

Still raging is the initial domestic battle between the Assad regime and Syrian opposition groups seeking a democratic alternative, both sides now bolstered by outside forces – Assad by Iran, Hezbollah and Russia; the opposition by Sunni Arab groupings.

The second conflict is between Assad’s forces and those of Islamic State (IS), originally seeking to absorb the whole of Syria into its self-proclaimed caliphate. Thirdly there is the struggle between the 10-country US-led coalition against an IS which continues to be beaten back. Fourthly Turkey, while joining the fight against IS, mounts air strikes equally against the Kurdish Peshmerga troops – the Kurds and their campaign for autonomy are a long-standing source of friction within Turkey. The fifth conflict is the anti-IS campaign of the Peshmergas, the “boots on the ground” that the US coalition refused to place, and notably more successful than most of the other anti-IS activity. Finally, IS finds itself battling intermittently against a number of jihadist Sunni groups, including those pledged to al-Qaeda, that reject its claims to be the basis of an eventual world-wide caliphate.

The maelstrom that is Syria has thrown up continuous attempts to resolve the fighting and settle the future of the country. Saudi Arabia has been involved in this effort from the very beginning, and is now taking a lead.

The Syrian civil conflict was triggered during the so-called Arab Spring – that surprising manifestation of revolutionary zeal by the Arab masses, eager to throw off the authoritarian and often despotic rule which shackled so many of them. Saudi Arabia was, of course, no supporter of revolution, and in facing down its own potential Arab Spring it pursued a canny domestic policy. In essence the kingdom bought off its potential opposition by deploying its enormous wealth to enhance the incomes and social welfare of its population, spreading its largesse also among some of its fellow Gulf states.

The one exception to Saudi’s support for the status quo in the Arab world was Syria.

There Saudi sided with the revolution, providing vast financial aid and weapons to the forces opposing Syrian president Bashar al-Assad. At the heart of this policy lay the intense rivalry between Saudi Arabia and Iran for hegemony of the Muslim world. Syria had become an essential element in Iran’s effort to enhance and extend its Shia Crescent of influence, an effort which encompassed Hezbollah in Lebanon, and support for disruptive forces in many of the Gulf States, including Saudi itself, intent on substituting Shia for Sunni rule.

Given that before millions fled the country, 74 percent of Syrians practiced Sunni Islam, the Saudi government wants to use its religious authority and economic resources to acquire influence over a post-Assad order. The last thing it wants to see is Iran taking over from IS as a dominant power in Syria.

A variety of peace efforts, starting virtually at the beginning of Syria’s internal conflict, reached a degree of success in December 2015, when the UN Security Council adopted Resolution 2254. This envisaged a Syrian-led, Syrian-owned political transition to end the conflict. That same month the foreign ministers of Iran, Turkey, and Russia agreed to hold Syrian peace talks in Astana, the capital of Kazakhstan, and since then peace has been pursued on a twin track – via the Astana route and by way of further Geneva peace talks under the auspices of the UN, though the Astana Process has the support of the UN’s special envoy, Staffan de Mistura.

The Astana round in May 2017 resulted in the establishment of four “de-escalation zones” where combat operations were halted and conditions for humanitarian access provided. The deal was rejected by some rebel groups including the Democratic Union Party which believed the ceasefire zones were “dividing Syria up on a sectarian basis”. A fragile ceasefire agreed between Moscow and Washington in July 2017 covering a small area of south-western Syria, similarly did not meet with unified approval.

In fact, division between the various Syrian groups opposed to Assad has been a bugbear of all peace efforts so far. Now Saudi Arabia is taking the initiative in trying to effect a reconciliation.

Now Saudi Arabia plans to host a meeting of all the main Syrian opposition groups in an attempt to “unite the ranks of the opposition”, in the words of Nasr Al Hariri, an HNC spokesman. The meeting is planned for October 2017.

Even if Saudi Arabia succeeds, the biggest bone of contention in the UN Geneva-based peace process would remain the future of Bashar al-Assad. There is “no place for Assad in Syria’s future,” said a Saudi foreign ministry official on 7 August 2017. That was, until quite recently, also the position of the US. “Assad must go,” said ex-President Obama in October 2015. Following the poison gas attack in April 2017, Secretary of State Rex Tillerson, said there was “no role” for Assad in Syria’s future and that “steps were under way” to remove him.

There seems to have been a subtle shift in the US position. A US State Department official said on 7 August that while Washington “does not see Bashar al-Assad as having a role in the future of Syria … we believe the Syrian people must decide their own future through a political process that is credible, legitimate, and transparent.”

This change of tone indicates that “we are definitely headed toward implicit acceptance of him staying for now in power,” said Faysal Itani, a resident senior fellow with the Atlantic Council’s Rafik Hariri Center for the Middle East. Itani believes the shift reflects the new military realities in Syria and a US desire to shift focus to Iran. Rex Tillerson said recently that “Iranian military forces inside of Syria must leave and go home.” Their departure from Syria was an “end state condition” for the US administration.

While Saudi Arabia would doubtless approve of expelling Iranian forces, it would find the prospect of Assad remaining in power in a reconstituted Syria much less appealing. In this, it would be reinforced by a new unified Syrian opposition, if indeed it succeeds in welding it together, come October.