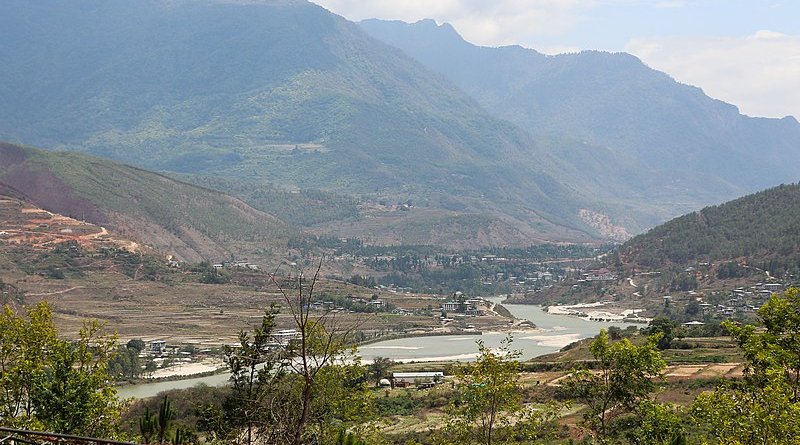 In the world today, the controversy between big dams versus small dams, between economic development and environmental protection has not been solved as yet.  Bhutan is no exception with its ambitious 2560 mega reservoir project on the Sankosh River and its Government sees the project as one of financial and political benefit to the country.

Bhutan has over 70 percent of its area covered by forests and so far, the numerous “run of the river” projects which have brought in enormous revenue by way of sale of power to India has not had any major adverse impact on its environment.  But the proposed Sankosh project is a “reservoir type” of dam which though assures of constant supply of power even during the lean season, will have an adverse impact on the wildlife and flora in the forested regions of Bhutan. Here is the dilemma of Bhutan government in going ahead with the project though it is now said to be at the final stages of approval after examination by an “Experts Committee” not on the feasibility of the project but on the modalities of construction and sharing of costs!

The Sankosh Hydroelectric Project is one of the biggest economic projects envisaged by Bhutan and is included in the ambitious programme of reaching 10,000 Megawatts by 2020.

The Sankosh river traverses 214 Kms in Bhutan and flows for further 107 Kms in India.   With its steep gradient and narrow gorges, it is an ideal river for exploitation for power.

The dam is projected to be built  near the village Kerabari in Sarpang Dzonkhag  to about 250 metres high with a downstream regulatory dam. There is a proposed canal for 141 kms to join the Teesta river finally and it is said that the canal bifurcates the wild life reserves of the region thus affecting the flora and the fauna.  This is said to be not a major challenge and could be resolved! Environmental clearance has since been obtained.

The DPR of the project was approved in 2017 and again in 2018 and there is a commitment by India to support the project.

Unlike other projects, the Sankosh project involves investment of over Nu 200 Billion and negotiations with India started when the DPT was in power after the first elections.  The next Government Dr Tobgay of PDP had also continued negotiations during its full term and now with the present Government of DNT led by Dr. Lotang Tshering, there is hope that the project will finally take off.

Right from the beginning there have been differences between the governments of Bhutan and India on the modalities of project that includes financing.

Bhutan wanted to continue the project as an inter-Governmental one on the formula of 70-30 with 70 percent as loan and 30 percent as outright grant as has been the practice so far.

On the other hand, India was only willing to go for 80-20 with 80 percent loan and 20 percent grant.  India had then suggested that it could be made a turnkey project, but this has been steadfastly declined by Bhutan Government.

It was the expectation of Bhutan that with the completion Mangdechhu project and now inaugurated by Prime Minister of India during his recent visit, the way is cleared for pursuing the mega Sankosh project.  Prime Minister Lotang Tshering has already opined that a final decision on the project will be taken before the end of this year!

For Bhutan, the big-ticket reservoir dam is strategically and economically important.  This will be the first major reservoir dam in Bhutan and much care should taken on the geological structures around the dam, the impact on the environment and above all there could be dislocation of people.

It is said that the eastern region of India is already a “power surplus” area now and that India may not need any additional power of the scale envisaged in the Sankosh project.  It is hoped that a reasonable agreement will be arrived at soon between India and Bhutan on the modalities of the Sankosh project as the project is expected to bring in immense  economic benefits to Bhutan.