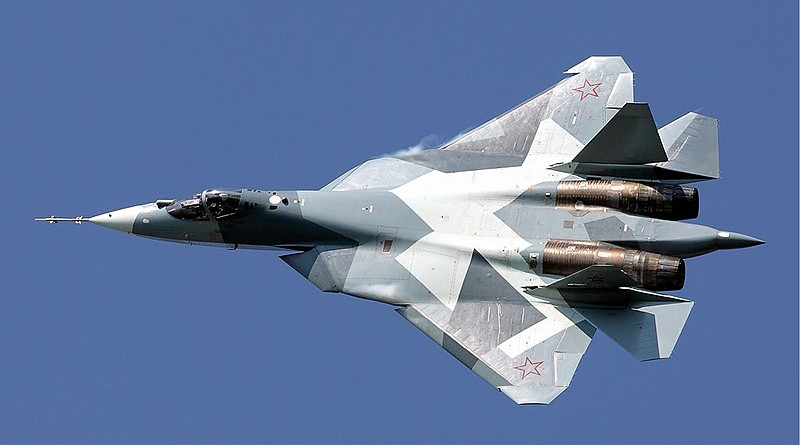 The combined effects of Russia’s invasion of Georgia in August 2008, together with the disinterest in the South Caucasus by U.S. President Barack Obama’s administration beginning with his inauguration in January 2009, has entailed a steady increase of Russian influence in the region over the last 12 years.  The Trump Administration has sought to increase modestly the American profile in the South Caucasus, but it has not been able to remedy the damage is done under the two Obama administrations.

After the end of the Nagorno-Karabakh War in 1994, Russia began to supply weapons to both Armenia and Azerbaijan. It has, however, greatly favored Armenia in its attempt to maintain an equilibrium that it could manipulate to its own advantage. The Global Militarization Index of the Bonn International Center for Conversion ranked Armenia as the third most militarized country in the world in 2018.

Military relations between Russia and Armenia date from 1992, immediately after the Soviet Union disintegrated. An intergovernmental agreement from 1997 commits them to assist one another in case of military threat. Russia has greatly favored Armenia and has been its main supplier of weapons and weapons systems since that time.

Perhaps most significant, a Russian-Armenian agreement on military cooperation in 2013 provides for Armenia to buy Russian military equipment at Russian domestic prices. Hikmet Hajiyev, the head of the foreign policy affairs department within the Presidential Administration of Azerbaijan, has accused the government of Armenia of illicit weapons trade and reselling to terrorist groups, weapons that it has purchased from Russia at artificially low prices.

Yerevan has shown unhappiness over Moscow’s arms sales to Baku but can do nothing about them.  Russian officials have suggested that such sales are required in order to ensure the military balance in the region.  Also, of course, such sales are a revenue generator for the Russian State budget.  Russia supplied two-thirds of Azerbaijan’s weapons imports between 2013 and 2017.

Moscow supplies Yerevan with weapon systems, such as mobile missile systems, that it does not supply to Baku. As senior Russian lawmaker Leonid Kalashnikov, Chair of the State Duma’s Committee for CIS, Eurasian Integration, and Compatriots’ Affairs, recently told reporters that Russia sells Armenia more weapons and especially more kinds of weapons than it sells to other countries.

An important factor in this is the embargo on arms sales to Azerbaijan implemented by the United States and Europe. There are different justifications for this, but they all reach back eventually to the “request” in the early 1990s by the Organization for Security and Cooperation in Europe (OSCE) that all arms sales to all parties to the conflict should be halted. Yet Russia, a co-chair of the OSCE’s “Minsk Group” charged with resolving the conflict, has failed to honor this request from the beginning.

As a consequence of all this, Azerbaijan has turned to other arms exporters for advanced military systems especially including multiple-launch rocket systems and other missile systems. Western countries only limit their own influence and enhance the power of Russia’s coercive diplomacy by refusing to consider arms sales to Azerbaijan.

The Armenian dependence on Russian arms has had very definite geopolitical results. Armenia began to negotiate an Association Agreement (AA) with the European Union in 2010. It was close to being finalized in autumn 2013, but Russia put an end to the process when Armenia announced its decision that year to join the Eurasian Economic Union. This made the Deep and Comprehensive Free Trade Agreement (DCFTA), which would have been part of the AA, impossible.

Armenia’s President Serzh Sargsyan announced his country’s readiness to proceed with the AA minus the DCFTA, but this never happened. In 2017 he signed instead a Comprehensive and Enhanced Partnership Agreement having, despite its name, a much reduced scope. Armenia’s dependence on Russian arms sales was not a small influence that produced this geopolitical result.

Armenia is a member of the Russian-led Collective Security Treaty Organization (CSTO) and hosts more than 3,000 Russian soldiers at a military base near Gyumri, as well as an air base near Yerevan. In addition, Russia is integrating Armenian armed forces into the structure of its Southern Military District, including the formation of joint Russian-Armenian ground forces.

Nor is this the only indicator of Russian influence in Armenia. The Armenian energy sector is heavily dominated by Russian companies (up to 80 percent according to some estimates), and Russian banks equally dominate the Armenian financial sector.

Russian deliveries of military equipment and ammunition to Armenia were enhanced just after the military clashes in 2016, and Russia has delivered new military equipment and ammunition to Azerbaijan, even during the tense period of the most recent hostilities. In the days surrounding the most recent clashes, from July 17 to August 4, there were no fewer than seven flights from Russia transporting arms to Armenia. As Georgia had refused permission for the overflight of its territory by Russian military transports, the planes took the roundabout path from Russia over Kazakhstan, Turkmenistan, Iran, and finally into Armenian airspace.

It seems likely that Russia has underestimated the effect of its overt tilting toward Armenia in the recent hostilities, upon Azerbaijani political opinion. In practice, Moscow risks creating the impression in Baku that it can no longer count on Moscow and that Ankara is its only true regional friend in facing up to Yerevan.

Robert M. Cutler is a Fellow at the Canadian Global Affairs Institute. This article was published by Geopolitical Monitor.com.