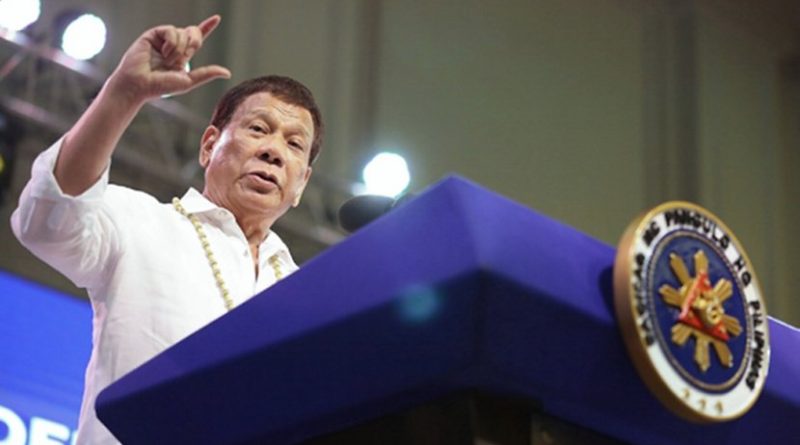 Philippine leader Rodrigo Duterte’s bid to run for vice president in next year’s election could be dogged by corruption allegations related to government purchases of COVID-19 protection equipment, but analysts say those claims may not derail his plans.

This reflects the failure of watchdog institutions, which was a problem even in previous administrations, said Tony La Viña, a lawyer and former dean of the Ateneo School of Government.

“It is politics and corruption that have come together – that is the bane of the nation and it gets worse because of people thinking they can get away with anything,” La Viña told BenarNews.

Duterte, in particular, was “backpedaling on so many, many democratic institutions,” Clarita Carlos, a political science professor at the University of the Philippines told BenarNews.

The corruption allegations put the spotlight on the president’s closest allies after the Commission on Audit (COA) highlighted some financial discrepancies in the government’s handling of funds to address the COVID-19 pandemic.

Following the COA release, the Senate launched an investigation into billions of pesos spent on personal protective equipment (PPE), COVID-19 test kits and other medical supplies from private contractors.

The televised Senate probe revealed that Pharmally may have sold PPE sets to the health department at more than double the government’s price cap.

It also found that Pharmally is linked to Michael Yang, Duterte’s longtime friend and former economic adviser. Both men were filmed meeting Pharmally’s executives in 2017, according to the Senate.

Later, photographs showing Duterte with Yang and another Pharmally executive touring what appeared to be an office in China in 2015 went public months before Duterte became president.

Yang is Chinese and his involvement with Duterte’s administration was questioned in 2018. His stint as Duterte’s adviser ended soon after.

The law requires the government to hold competitive public bidding for every supply contract. But that did not happen because at Duterte’s behest, Congress passed special laws allowing the administration to forego such bidding to address the coronavirus emergency.

“That was my order, and I take full responsibility for that,” Duterte said.

There was another troubling allegation about Pharmally. The Senate probe said the company had links to business executives wanted in Taiwan for alleged financial fraud.

During his weekly televised address to the nation on Aug. 30, Duterte denied the Pharmally contracts were overpriced.

“This was the lowest bid. What else is your problem?” Duterte said.

“Because it’s Michael Yang? You see, the guy is a businessman. He doesn’t throw money around. He has contacts with big corporations in China.”

Since then, Duterte has defended his government against corruption allegations and said the Senate investigation was poorly timed.

“All of you in the Senate, do not investigate programs that are ongoing. You will derail it. You will delay it by your incessant penchant for investigating government offices,” Duterte said during another televised address, on Sept. 2.

“It’s a blanket denial – no specific denials, no response to things that we are finding out. He just makes his blanket statements without any basis, without showing anything,” he said.

Carlos, the University of the Philippines professor, said Duterte is causing the “erosion of our democratic institutions” by lashing out at the Senate and the COA for having done their jobs.

“When you tell the COA and the Senate to stop investigating, you’re really crossing the line,” she said.

She noted that Duterte’s campaign promise when he ran for President was to rid the government of corruption and eradicate drug trafficking.

“He keeps on touting transparency. Why doesn’t he put that into action?” Carlos said.

Their Partido Demokratiko Pilipino (PDP) Laban party is pushing Go to run for president in 2022. Because Philippine law limits presidents to a single six-year term, Duterte’s best chance of retaining power – by proxy – is to run for vice president.

Analysts have said the party’s push for Go to run for the top spot, or an earlier effort to support the president’s daughter, Sara, were attempts to shield Duterte from prosecution.

While Duterte has accepted the party’s nomination for vice president, Go on Wednesday announced he is not interested in running for president.

On Thursday, Sara Duterte, who serves as mayor of Davao City – the post held by her father prior to the presidential election – told reporters in a text message that she will not seek office next year.

Meanwhile, senators are no longer hesitant about criticizing Duterte as his term as president winds down.

In fact, those leading the televised probe – senators Panfilo Lacson and Richard Gordon along with Senate President Vicente Sotto III – have all said they would seek higher office in 2022.

“They’re not afraid of Duterte anymore. They know that whatever happens, he’s no longer going to be in power,” analyst La Viña said.

“They’re certainly not going to protect him anymore and if it’s to their advantage, they will attack him.”

‘A politician with nine lives’

Still, Filipinos tend to have short memories about government controversies, the analysts said.

The controversy may reduce Duterte’s and his allies’ chances in next year’s election, but it does not guarantee victory for his opponents.

“If the senators think they are going to earn points because their faces are on TV, they are mistaken. I doubt that very much,” Carlos said.

Likewise, the corruption allegations will not necessarily rule out Duterte or his allies ending up victorious, she said.

“Voting is on May 9. This issue will probably be forgotten by next week,” said Carlos.

The problem lies in the country’s political system, Carlos and La Viña said.

Political parties are built around personalities and lack clear-cut ideologies. Politicians jump from one party to another depending on the political climate, they said.

For instance, they noted that the PDP’s membership swelled after Duterte won the 2016 elections.

“It would be stupid to underestimate him as we did in 2016. He will have something up his sleeve, but it doesn’t necessarily mean he will win,” La Viña said of Duterte.

“This is a politician with nine lives.”