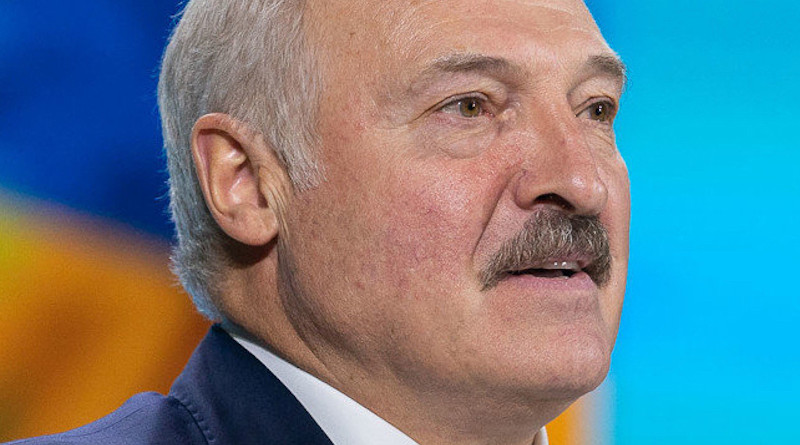 (RFE/RL) — Russian President Vladimir Putin said Moscow would give hundreds of millions of dollars in additional loans to Minsk, and that he and his visiting Belarusian counterpart had agreed on a new unified natural-gas market.

But speaking to reporters after more than three hours of meetings in Moscow on September 9, Putin and Alyaksandr Lukashenka sidestepped the question of whether after more than 20 years of talks, they had finally agreed to fully create a “union state” — a major step toward reunifying the two ex-Soviet republics’ economies and political structures.

For his part, Lukashenka told reporters there was a “breakthrough” and that 28 separate “road maps” had been agreed to, after many years of negotiations.

But he said the overall package for the confederation might be adopted only by the end of October: “this will be a breakthrough, a breakthrough in many spheres.”

In the run-up to Lukashenka’s trip to Moscow, there was heightened speculation that the decades-old plan for a union state would finally come to fruition.

Last month, Belarus’s ambassador in Russia said that all of the 28 road maps to finalize the agreement first agreed to in the late 1990s were ready and could be finalized at the Lukashenka-Putin summit.

Putin praised Belarus, saying the situation there had “stabilized” after months of political turmoil. He said Russia would provide Belarus with around $640 million in loans by the end of next year.

He said restrictions on air travel between Russia and Belarus would also be lifted, and that natural-gas prices for exports to Belarus would remain at 2021 levels — a significant benefit for Minsk as current-year gas prices have spiked sharply.

Lukashenka praised Putin, in characteristically warm terms, but he also said the question of agreeing on a common currency with Russia was not on the agenda.

If it comes to fruition, the union state would potentially undermine Belarus’s sovereignty, something Lukashenka has strenuously resisted for years.

At the same time, the Belarusian leader has been increasingly isolated since last year’s presidential election in which he claimed reelection to a sixth term.

The vote was condemned by Belarus’s opposition as rigged and prompted months of street protests that Belarusian security forces have harshly cracked down on.

Earlier, in initial remarks with Putin ahead of their talks, Lukashenka said that Russians and Belarusians were one people.

“We move, like all civilized countries, only together, only in a union; native states, close peoples, practically one people, both Russians and Belarusians come from the same roots,” Lukashenka said.

Western governments have refused to recognize Lukashenka as a legitimate president and slapped his government with sanctions over the ongoing crackdown on the opposition, independent media, human rights groups, and civil society.

On the eve of Lukashenka’s Moscow visit, the Belarusian Defense Ministry said Russian Sukhoi fighter jets had arrived in Belarus to help patrol its borders as part of a new joint military effort.

The ministry did not say how many jets arrived or give further details on their participation in monitoring the borders.

Tensions along Belarus’s border with the European Union have risen in recent months with Brussels accusing Minsk of intentionally sending thousands of migrants into the bloc through Latvia, Lithuania, and Poland.

The announcement of the border reinforcements came before thousands of Belarusian and Russian troops are set to kick off their joint Zapad-2021 military exercises.

The drills, which are conducted every two years on Russian and Belarusian territories, have raised concerns among NATO members in the past.

Up to 200,000 servicemen, about 80 planes and helicopters, 290 tanks, 240 artillery pieces, multiple rocket launchers, and mortars, as well as 15 ships will be involved this year’s weeklong exercises, according to the Russian Defense Ministry.