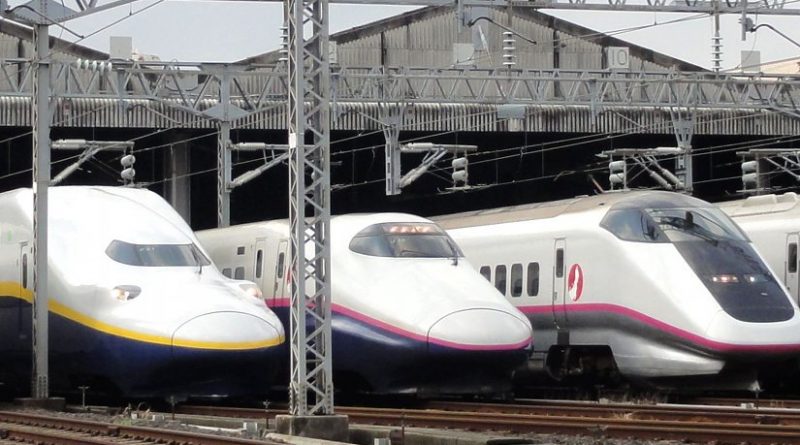 With the Asian continent in the midst of unprecedented economic growth, the need for developing infrastructure facilities has mounted beyond all expectations. As the two biggest Asian economies, China and Japan are directly involved in infrastructure development in many Asian countries and this has led to fierce rivalry between the two.

China’s establishment of the Asian Infrastructure Investment Bank (AIIB) and its “one belt, one road” strategy clearly demonstrate the readiness of Beijing to contribute to the infrastructure development of the region. Not to be left behind, Japan has responded with equal alacrity. In May 2015, Prime Minister Shinzo Abe announced $110 billion in aid for “high quality “infrastructure development in Asia over the next five years. In the pursuit of their “soft power diplomacy”, both countries were locked in a series of proposals and counter-proposals and intense lobbying.

In countries like Indonesia, India, Thailand, Malaysia and Singapore, the question of developing efficient, reliable and punctual high speed rail system has assumed great importance as they want to provide improved connectivity to their own people as a top priority that could reshape the flow of people and goods dramatically. Japan is one of the pioneering countries in the high speed railway technology and its Shinkansen has been a byword for reliable and safe travel all across the country since the 1964 Tokyo Olympics when it was introduced. In the last well over fifty years, it has been a symbol of Japan’s national pride, demonstrating its superior transport technology and innovation. It is remarkable that the Shinkansen has kept its impeccable record as an accident free system even in the midst of several severe earthquakes and other disasters, including the 2011 Fukushima tragedy.

Many analysts suspect that behind the commercial rivalry between the two in the region, one should see the broader efforts made by them to extend their strategic influence. Indonesia provides a classic case. As the biggest ASEAN country endowed with enormous natural and human resources, Indonesia attracts the keen attention of both Japan and China as the key to their future roles in the region. For both, the Strait of Malacca is a crucial lifeline for their energy supplies from West Asia. Indonesia, in particular, is considered by China as an important element in its new Maritime Silk Road strategy.

The recent decision of the Indonesian government to offer the proposed construction of Jakarta-Bandung high speed rail network to China came as a bolt from the blue to Japan. The reasons for Japan’s disappointment are not far to seek. First, Japan was the earliest country to get involved at the planning stage even as early as 2008 when it prepared detailed blueprints for the project. Second, Japan is doubtlessly more experienced in the sphere of high speed rail projects. Its rich experiences in the construction of vast rail networks across Japan could be replicated in other Asian countries with great benefits.

Compared to Japan’s long involvement, China’s interest in the Indonesian project has been rather new and recent. It entered the project only early 2015. Even China’s experiences in building high speed railways have been somewhat limited.

What were the factors that compelled Indonesia to favour China, and not Japan? First and foremost, it appears that China’s high speed railway enjoys greater competitive edge and this has already encouraged more than 30 countries to opt for the Chinese system. China is ready to start the project immediately and complete it by 2018. China is also ready to offer a 50-year-long loan of $5.5 billion with 2.2% rate of interest. It is willing to use AIIB and Silk Road Fund for this purpose. Finally, when the negotiations reached the final stage, Indonesia stated that it would accept China’s offer if it involved no financial commitments on its part. This seems to have clinched the deal.

As for Japan’s loans, it offered $5.5 billion over a period of 40 years at an interest rate of 0.1%. It made a concession to Indonesia by agreeing to increase the local content in the project and to reduce the Indonesian government’s guarantee to 50% from 100%. But Japan said that it could start the construction only in 2016 and would take five years to complete it, including a one year trial operation period.

Indonesian President Joko Widodo visited both Japan and China in March 2015. He met Prime Minister Abe in Tokyo, but talks on the Jakarta-Bandung rail project did not make much progress though he was able to get Japan’s financial support for the municipal rail network in Jakarta. Later in the month, he visited China and signed a memorandum with President Xi Jinping, specifying China’s interest in the rail project. This was followed by a technology exhibition organised by China in Indonesia. As for the suitability of the technology, China enjoys certain advantages over Japan. Some analysts state that China has experiences of building railways in various geological and topographical conditions and it has built the world’s only tropical high speed rail network in Hainan which has a climate similar to that in Indonesia. Japan, on the contrary, has had rich high speed rail construction experiences mostly in temperate climate zones.

Though Japan lost the bid, it is involved in several prospective projects in other Asian countries. India is one country that offers tremendous scope for Japan’s rail technology. India’s Prime Minister Mr Narendra Modi shows great interest in introducing Japanese technology in India, and the first high speed project that would link Mumbai and Ahmedabad is under serious consideration. Japanese technology could make a great difference to the life of more than one billion population of India. Similarly, Japan is also hoping to construct high-tech rail system in Thailand, Malaysia and Singapore.

Incidentally, it is also interesting to note that China has made a dramatic entry in the US by signing an agreement to construct a 370 KM high speed project connecting Las Vegas and Los Angeles. Japan had shown its interest in this project several years ago. This project may inaugurate a new era of superfast trains in the US and there are proposals for similar projects in states like Texas where one may witness Japan and China in a fierce race.