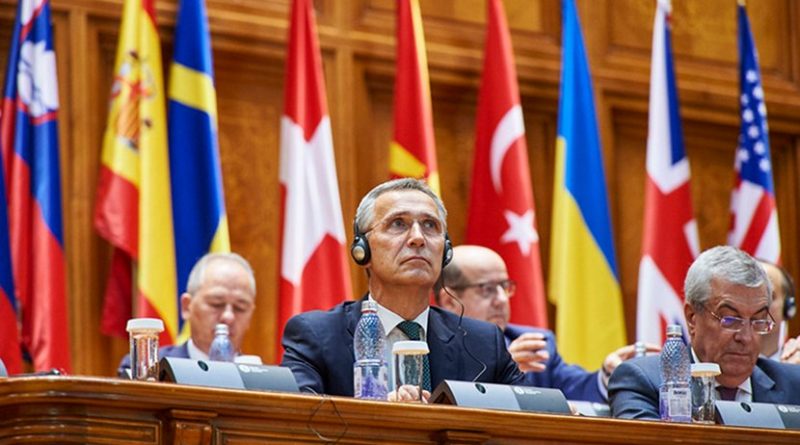 NATO be increasing its land, air and naval presence in both Romania and Bulgaria, NATO Secretary General Jens Stoltenberg said on Monday, while in Bucharest to attend the Annual Plenary Session of the NATO Parliamentary Assembly.

Stoltenberg told a joint press conference with Romanian President Klaus Iohannis that “the brigade in Romania is only a part of our answer to the increased Russian presence in the Black Sea.”

“Our deployments are a direct response to Russia’s aggressive actions in Ukraine,” Stoltenberg told the NATO Parliamentary Assembly on Monday morning.

“NATO’s actions are defensive, proportionate and entirely in line with our international commitments. We are concerned by Russia’s military build-up close to our borders and its lack of transparency when it comes to military exercises such as [the recent exercise] ZAPAD 2017,” he added.

The establishment of the new multinational force is seen as a diplomatic success in Romania.

Bucharest has been advocating a reinforced NATO presence in Southeast Europe since the Warsaw Summit in 2016, when the alliance agreed to set up a 4,000-troop force in the Baltics and Poland.

However, negotiations were tough. Neighbouring Bulgaria and Turkey, the other two Black Sea NATO countries, are closer to Russia diplomatically and either opposed the initiative or supported only a more limited NATO presence.

President Iohannis told the NATO assembly in Bucharest that Romania’s purpose was peace, not war.

“We are not a threat for Russia, but we need an allied strategy in the long term, we need dialogue from a strong position of defence and discouragement,” he said.