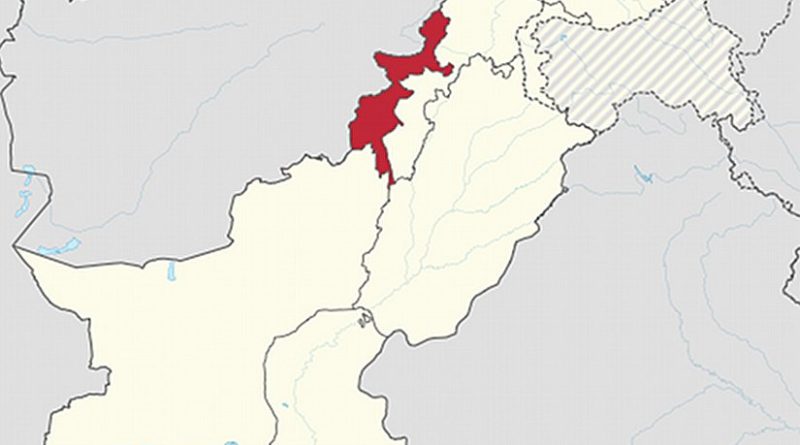 Malik Mohammad Younis, a prominent elder of the Salarzai tribe, was killed, while another three, including two of his sons, were injured when their vehicle hit an Improvised Explosive Device (IED) in the Gulu Shah area of Salarzai tehsil (revenue unit) in Bajaur Agency in the Federally Administered Tribal Areas (FATA) on November 3, 2015. Malik Mohammad Younus was an active pro-government leader and was heading the Peace Committee in the Salarzai tehsil of the Agency.

On the same day, another pro-Government tribal elder, Malik Musanif Khan, was killed in an IED attack when he was on his way home from a nearby mosque in Mamond town in the same Agency.

Earlier, on October 4, 2015, a pro-Government tribal elder, Malik Sayed Ali Wazir, was killed and his son was wounded when a roadside bomb hit their vehicle in the Bakkakhel town of Bannu District in Khyber Pakhtunkhwa (KP). Wazir, who headed an anti-Taliban militia in the town, was on the terrorists’ hit-list.

Since the beginning of United States (US)-led operation in Afghanistan in 2001 and the consequent influx of Afghan Taliban into Pakistan’s tribal areas, primarily FATA, an unspecified number of tribal elders and pro-Government tribal militia members have become victims of a sustained campaign of annihilation that has virtually destroyed the structure of traditional tribal power in these regions. In the compound of the FATA Secretariat, there stands a lonely cenotaph with, “Elders/Maliks of Federally Administered Tribal Areas Martyred in Militancy” inscribed on it. It bears as many as 111 names. Although the font used for the writing has remained consistent, additional slabs of marble have been added to accommodate more names in the expanding list.

Delawar Khan Wazir, a senior journalist from South Waziristan Agency, who has maintained a record of his own since 2001, claims that 1,114 elders have so far been killed by the Taliban, al Qaeda and their affiliates in the seven agencies and six frontier regions of FATA. Partial data compiled by the South Asia Terrorism Portal (SATP), based on erratic reporting in the Pakistan media, confirms the killing of at least 154 tribal elders since 2005 in 103 incidents.

The attacks on the tribal elders and their families demonstrate the abject failure, irresponsibility and inconsistency of state polices that have worsened the vulnerabilities of this endangered leadership in FATA and KP. The attacks mainly target tribal elders who support Government operations against the militants and acts of vengeance by terrorists who had been forced to flee the areas due to successive military offensives.

Meanwhile, the targeted killing of influential tribal elders and Maliks has forced many to flee the area temporarily to avoid militant backlash. On September 5, 2015, one such tribal elder, who had shifted to Punjab, told the media, under conditions of anonymity, “I fail to understand what is going on. It seems the past has returned to haunt us again.”

Indeed, fear is rampant. Abdul Qadir Baloch, the Minister for States and Frontier Regions (SAFRON), replying to a question in the Senate (Upper House of Parliament), stated, on January 30, 2015, that the Federal Government had conferred some 8,000 lungies (traditional souvenirs) on tribal elders over the past five years in recognition of their services for maintaining peace in their respective tribal agencies. The Government had granted 750 lungies between 2009 and 2010; 3,200 in 2012, 375 in 2013 and 2,100 in 2014. These lungies had been distributed in 13 regions, including Bajaur, Mohmand, Khyber, Kurram, Orakzai, North and South Waziristan agencies and Frontier Regions Peshawar, Kohat, Bannu, Tank, Lakki and Dera Ismail Khan. He added that some elders were now unwilling to accept lungies from the Government due to threats from terrorists, since the launch of the ongoing military operations in the tribal regions. The Minister added, “This is a wrong impression that many elders and Maliks in FATA are refusing to accept these ‘lungies’ because they are either supporting the Taliban or militants,” and claimed that these elders were not coming forward for fear of a Taliban backlash.

Despite Government apathy, the tribal elders along with their tribes had been supporting the Government and Army in the fight against terrorism. Whenever operations have been launched in the tribal areas, the tribal elders along with their tribal militias have come forward to provide manpower and logistics support. In the month of June 2014, when the Government decided to launch the Army offensive Operation Zarb-e-Azb (Sharp Cut) in the North Waziristan Agency (NWA), the tribal elders of NWA unanimously announced their support. NWA is regarded as the cradle of Taliban extremism. Director General Inter-Services Public Relations (ISPR) Major General Asim Bajwa on June 20, 2014, announced that the tribal elders had committed their support to the military operation in North Waziristan Agency and had given an assurance that the terrorists would not be allowed to return to their areas.

By October 16, 2014, however, the tribal elders from NWA had threatened an agitation if the Government did not set a timeframe for the ongoing military offensive and did not accept their demands for rehabilitation. When Operation Zarb-e-Azb was launched on June 15, 2014, tribal elders abandoned their homes and proceeded towards Bannu. Over the subsequent months, the Government failed to provide the displaced persons with basic amenities and they were forced to live under harsh conditions. According to the tribal elders, millions of rupees worth of aid has been pouring into Bannu for the Internally Displaced Persons (IDPs) and yet, thousands of families were being deprived of compensation, as the money was being embezzled by civil administration officials.

Further, elders representing the IDPs from NWA set up a three-day protest camp on Sher Shah Suri Road outside Peshawar Press Club on October 26, 2015, to force the Government to expedite their rehabilitation process and provide all basic facilities to them. “Following the protest in Peshawar, we will move to Islamabad to set up a 10-day protest camp outside Shah Faisal Mosque to convey our grievances to the Federal Government as no one bothers to mitigate our miseries,” tribal elder Abdul Khalil said. Khalil disclosed that tribal elders had presented the Government with a 13-point charter of demands, which included reconstruction of their houses, markets, schools, hospitals and posting of staff so that the IDPs on their return would not face any inconvenience. “We have always served the country selflessly and rendered sacrifices for protecting its borders without demanding any compensation but even then the rulers are treating us like second rate citizens,” he added.

Earlier, on October 22, 2015, the All FATA Political Parties Alliance (AFPPA) had demanded the merger of FATA into KP and asked the Government to announce a package of PKR 300 billion to rehabilitate displaced tribal people and compensate tribal traders.

While many tribal elders and sections of the population are languishing in IDP camps, others among them are targeted for siding with the Government in the war against terrorism. While the state and the Army have actively sought the cooperation of these populations and leaderships during Operations, and have been the principal agents of their internal displacement and of the destruction of their properties and livelihoods, they have done little to protect, compensate or rehabilitate them. This is a festering sore that can only contribute to enduring resentment and instability in the region.

Home » Pakistan: FATA Haunted By The Past – Analysis