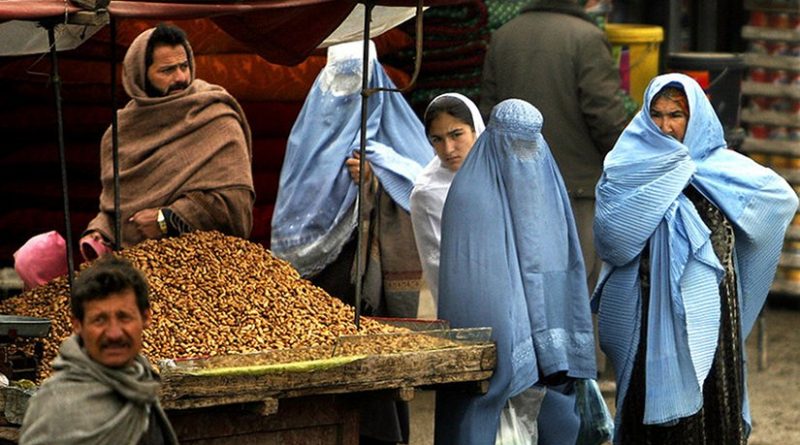 Some residents of Khost, a province which voted largely for Ashraf Ghani during his presidential campaign three years ago, have complained that the Afghan president has failed to live up to his election promises.

Locals say that assurances they were given over the allocation of a dedicated development budget, improved educational provision and wide-ranging infrastructure work have yet to materialise.

Local government officials dispute this, however, insisting that numerous multi-million US dollar development projects are already being rolled out across the province.

Pashtun Khost voted for Ghani during both rounds of the 2014 elections. In October 2014, less than a month after he became president, Ghani held a video conference with dignitaries in the southeast province in which he was asked to address issues including the provincial budget, upgrading the local university to a regional centre, building an international airport and accelerating electricity provision.

The president promised that his government was committed to address the concerns of Khost residents.

However, tribal elder Haji Ghazi Khan said that although he had voted for Ghani he was now bitterly disappointed with the results of his presidency.

“We don’t even have access to the basic necessities of life,” he said, adding that essential services had not improved. Schools were woefully under-resourced, often lacking actual buildings let alone professional teachers and textbooks, and remote areas had few health clinics. Poor security, he continued, meant that it was too dangerous to take sick people to hospitals in more central areas.

Noor Shah Noorani, secretary of the Khost provincial council, said that a failure to address such elementary problems had served to alienate ordinary people form the government.

More ambitious projects had no chance under such circumstances, he continued.

One major issue for local people has been the Ghulam Khan crossing point with Pakistan.

Traders and local officials in Khost have long complained that the Afghan government has dragged its feet on upgrading the 32-kilometre road from Khost city to the key border checkpoint. They argue that as well as well as a road upgrade and proper customs infrastructure, the authorities should formalise crossing arrangements in a bilateral accord with Pakistan.

“President Ghani promised that he would build the Ghulam Khan transit route as an official route…and that he would build water dams in Khost, put an end to corruption in local government, appoint the right men to positions of authority, supply imported electricity and will give the people of Khost a share in central government,” Noorani continued. “But none of these commitments have yet been implemented.”

University student Gul Badshah said that the pledge to improve the university was particularly laughable.

“I say to the president, it’s fine that you couldn’t build our university to a regional level, but at least upgrade it to the provincial level!” he said. “We don’t even don’t have electricity.”

Another Khost resident, Baswaruddin Afghan, claimed that in 2014, Ghani had ordered the ministry of energy and water to start ensuring an electricity supply across Khost within 18 months. Three years had since passed with no progress.

“Our demand is for the president to act and fulfil his promises, not disappoint or kill peoples’ hopes,” he said.

“There are Taleban, thieves and other armed groups three kilometres from Khost city, and we have asked Khost security officials several times to increase checkpoints in the area, but they only make promises and take no practical steps,” he said.

Others accused Kabul of double standards when it came to reconstruction efforts.

“The government is not committed to balanced development,” said Faizullah Ghamkhoor, a civil society activist. “In some regions of Afghanistan, projects worth hundreds of millions of dollars have been launched, but so far in Khost no major project has yet been launched. This imbalance has hurt people in Khost and this is a major obstacle towards good governance.”

However, government officials argue that a great deal of work was already being done in the province to rebuild infrastructure and improve the lives of ordinary people.

Mubarak Zadran, spokesman for the Khost governor, told IWPR that Zadran said that more than 100 reconstruction projects worth 36 million dollars had been launched over the past year, including road building, agricultural development, education and the provision of clean water.

Other long-term government commitments included an electrical project worth 120 million dollars launched three months ago to channel energy from Paktia to Khost province. A substation was being built in Khost that he said would likely be operational in just over a year, he continued.

Education was also being funded due to joint lobbying by the provincial government and Kabul, Zadran said.

“As a result of our efforts and the president’s attention, the United Arab Emirates has launched a 30 million dollar project with Khost university of which 800,000 dollars have so far been spent,” he added. “The aid will solve many of the university’s problems.”

As for the Ghulam Khan transit route, he said that Afghan officials were ready to designate it as an official port and were now waiting only for Pakistani agreement, which their counterparts had told them was likely to be delayed due to a counter-terrorism campaign in North Waziristan.

“Since last year we’ve built 150 greenhouses in the province and are continuing to build more,” said Safiullah Karimzai, head of a one million US dollar project being rolled out by CRD-F, a US non-profit working with Khost’s department of agriculture, irrigation and livestock.

“As a result of these greenhouses, Khost farmers can now supply the market with 930 tons of vegetables each year, which will make a major change to their lives.”

This assistance has won support among local people like Rahim Khan.

“Previous governments paid no attention to farmers, but I now have a greenhouse built by the national unity government,” he said. “I know harvest six times more vegetables than I used, and I’m very happy with my life. My daily income is now 60 dollars.”

Another beneficiary, Merman Sitara, is a widow who CRD-F provided with a small poultry farm to help support her family.

“After I lost my husband, the charity gave me a flock and also helps me with chicken feed, vaccinations and other related parts,” she said. “I collect around 30 eggs each day and I’m pleased with my life and our government that pays attention to poor families.”

Experts stress the importance of development and reconstruction as a counter-insurgency measure.

Political analyst Speen Rawan Noorzai said that it was important for Kabul to fulfill their promises so as not to strengthen the armed opposition, who used popular disillusionment with the government as a recruiting tool.

He continued, “In my opinion, if the leaders of the government fulfilled the promises they made to their people… people would rally round and rely on the government, and the ranks of the opposition would eventually faces a shortage of fighters.”

This report was produced under IWPR’s Supporting Investigative Reporting in Local Media and Strengthening Civil Society across Afghanistan initiative, funded by the British Embassy Kabul.