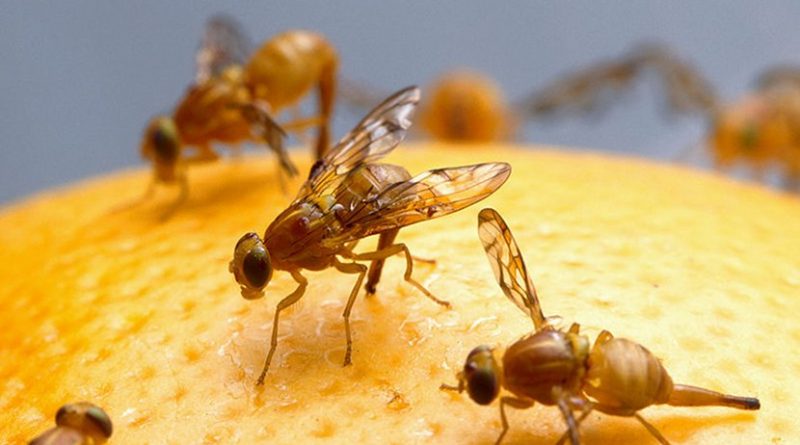 To develop better search algorithms for images and data, a group of researchers has turned to the fruit fly brain.

In particular, the researchers were inspired by the way in which fruit flies classify odors; a similar technique for search algorithms proves to be a highly efficient means for classifying data, they say.

The information collected by these olfactory neurons is then processed by a second set of 50 projection neurons, and then further still by 2,000 neurons called Kenyon cells. In this process, just 5% of the 2,000 Kenyon cells fire to represent a “tag” for a specific odor.

The fly’s neural circuit assigns similar neural activity patterns to similar odors, so that behaviors learned from one odor (like sugar water) can be applied when a similar odor (a different kind of odor also related to “reward”) is experienced.

With the ability to make many tags that can efficiently categorize closely related objects, the fly olfactory system is performing a computation that is very similar to similarity searches common in computer science.

However conventionally used computer algorithms differ from that used by the fly.

When Sanjoy Dasgupta and colleagues used algorithms designed to mimic that of the fly’s neural circuit in sorting data, they found that the fly version provided improved performance.