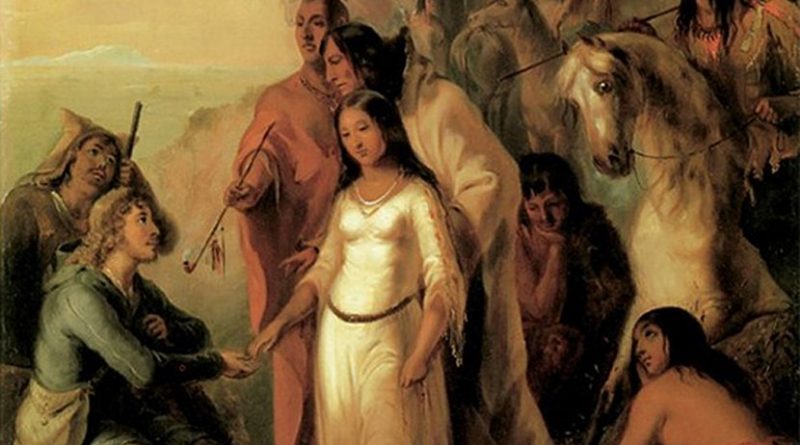 There seems to be little common ground between Canadian natives and mainstream Canadian society. Canada’s uniqueness in world culture is thanks to its natives, who are regularly trotted out in ceremonies related to international events such as the Olympics, and now featured in the composition of the new Canadian ten dollar bill. But they remain at the bottom of the mainstream pecking order economically. Justice Thomas Berger wrote in 1966: “They began by taking the Indians’ land without any surrender and without their consent. Then they herded the Indian people onto reserves. This was nothing more nor less than Apartheid, and that is what it still is today.” First Nations children in western countries live in Third World conditions, with an estimated 80% of urban Aboriginal children under the age of 6 living in poverty.

In a famous anecdote, Justin Trudeau’s father, Prime Minister Pierre Trudeau, cynically told Marlon Brando when the American actor wanted to discuss native rights: “There are differences in the way we treated our natives,” he said. “You hunted them down and murdered them. We starved them to death.” Trudeau meant actual physical starvation, not just cultural starvation, echoing what the Canadian historian James Daschuk has called “the politics of starvation.” The policy in North American towards natives can be put simply: confiscation of 90% of lands, assimilation and/or death.

John Ralston Saul argues for the “originality of the Canadian project”, that contained elements of a rejection of the Enlightenment project of Europe/the US, which was based on secular rationality and liberal revolution. Canada was never a monolithic nation state, but rather based on consensus, supposedly incorporating the native philosophy of man as part of nature. In A Fair Country: Telling Truths About Canada (2008), he argues that Canada is a “Metis civilization”, not a European one. “We are a blend of Aboriginal and non-Aboriginal, but the driving ideas underneath are the Aboriginal ones.”

Saul argues that Canada was ‘founded’ as a modern nation not in 1867 but in 1701 with the Great Peace of Montreal between New France and 40 First Nations of North America. This treaty, achieved through negotiations according to Native American diplomatic custom,was meant to end ethnic conflicts. From then on, negotiation would trump direct conflict, it was thought, and the French would agree to act as arbiters during conflicts between signatory tribes. The paradigm is a confederation of tribes, consensus, the Aboriginal circle, “eating from a common bowl”. The treaty is still valid and recognized as such by the Native American tribes involved.

Saul’s claim sounds good, but the fact is most Canadians know nothing about their fellow Canadian natives. Typically, natives are most visible as a large segment of the homeless, especially in Toronto. According to Homeless Hub, a third of homeless, and in some areas up to 90%. Just as Canada and other rich nations face a flood of refugees from third world countries, as a formerly colony, Canada still has to come to terms with its own colonial train wreck.

Canada is in fact a colonial settler civilization, much like Britain’s other white offspring: South Africa, Australia, New Zealand, and Palestine-Israel, built on ‘ethnic cleansing’, i.e., murder, terror, forced resettlement, outright theft of land, and apartheid. The settlers identified not with the natives, but with their British motherland, blind to the reality they were now part of. A cultural version of the Stockholm syndrome, where the victim identifies with the kidnapper.

There is little ‘Metis’ about Canada, except for the precious treaties, which have been honoured more in the breech. After the dust settled (circa WWII), the results in all the colonies were much the same, with the settlers refusing to aknowledge their criminal behaviour, and grades varying from ‘C’ for New Zealand, to ‘D’ for Canada and Australia, and ‘F’s for South Africa and Palestine-Israel.

South Africa holds a special place in Canadian colonial history. Major General Sir William Otter is revered as the ‘father’ of Canada’s army. He gained his stripes leading a battalion of British troops to opposed the Cree Metis North West Rebeliion of 1885 led by Poundmaker and Big Bear. His role in crushing that revolt inspired the Montreal Daily Star to coin the term Otterism as a “synonym for merciless repression.” His next step to fame was to lead a thousand troops of the Royal Canadian Infantry Regiment in the Boer War (1899–1902), when British and colonial troops forced hundreds of thousands of blacks into concentration camps. This prompted King Edward VII to knight him and Canadian Prime Minister Robert Borden to appoint him kapo of Canada’s internment camps during WWI. His grandson, Desmond Morton, a leading military historian, wrote a glowing tribute to him in the Dictionary of Canadian Biography. Desmond is a lifelong NDPer, showing how deep the Canada Syndrome infects even the supposed anti-imperialist socialist in Canada. Only the communists were outspoken anti-imperialists and anti-racists throughout the 20th century, and they suffered the same ‘Otterism’ that the natives did.

Richard Sanders outlines the “settler syndrome” in Press for Conversion! (March 2016) as a much better characterization of them all. It is a “Culture-bound psychosis so deeply rooted in Canada’s mainstream identity, that it remans difficult to remedy.” It is “marked by a loss of contact with reality”, irrational, refusing to acknowledge the devastation wrought in the name of imperialist ideology, in Canada’s case “Canadian exceptionalism”. It is inherently racist, devaluing other cultures, treating them with suspicion, akin to the antisocial personality disorder, as described in Health Canada’s Report on Mental Illnesses in Canada. Mainstream psychiatrists dismiss such bigotry as a cultural problem rather than an indication of psychopathology, but it is clearly both an individual and mass psychological sickness.

It allowed devout Christians to create and enforce the criminal residential school system to wipe out the last traces of native culture. True, natives were starving by the 1920s, and were ‘ripe for the picking’, and the Christian missionaries were given the role of welfare provider before the days of government financed welfare, so the natives had no choice. The churches were really just handmaidens of the imperialist policy and not to be specially condemned.

Recent expressions of repentance for the sins committed on behalf of the colonial regime are welcome but only scratch the surface of meaningful change. The underlying psychosis remains. “Captives of culture-bound psychoses like the Canada Syndrome are ardent nationalists who remain blind to the official myths that have abducted them, … the Stockholm syndrome on steriods”.

By the early 20th century, First Nations and Metis reached their low point: from roughly 2 million, they had been reduced over 90% to 150,000, the same shocking statistic as in the US. Since WWII and especially after 1960, when improved sanitation in reserves and medicare lowered the infant mortality rate, populations have rebounded ten times, to 1,400,685 in 2011, representing 4.3% of the total Canadian population. While physical starvation has abated as a policy, poverty abounds and cultural starvation destroys native languages and traditions. The dominance of western commercial culture continues this slow death.

In 1910, the Chiefs of the Shuswap, Okanagan and Couteau tribes presented (French Canadian) Prime Minister Wilfred Laurier with a letter which looked to the French colonial legacy of the 1701 Great Peace of Montreal. “We speak to you the more freely because you are a member of the white race with whom we first became acquainted, and which we call in our tongue ‘real whites’. The ‘real whites’ we found were good people. They did not interfere with us nor attempt to break up our tribal organizations, laws, customs. Nor did they stop us from catching fish and hunting. They acknowledged our ownership of the country, and treated our chiefs as men.”

Little did the chiefs realize what would soon be in store for all natives, with the nice French and maudit anglais Liberals/ Conservatives putting their common policy of forcible assimilation into high gear. The Gradual Civilization Act in 1857, and the Indian Act, first passed in 1876, spruced up with amendments in 1920, making compulsory ‘education’ at residential schools, and in 1927, prohibiting natives from hiring lawyers to pursue land claims (repealed in 1951). This paralleled the US policy, but more aggressively, given the larger population of natives proportional to the settler population.

Though population rebounded after WWII, the 60s “Sweep”, the last gasp of this forced assimilation, continued to forcibly take Aboriginal children and placed them in white foster homes within the child welfare system, leading to unstable families and destroying children’s lives.

Laurier bitterly disappointed native leaders, as the “real white” influence in Canadian politics had given way to British colonialism after 1763. There were never massacres on the scale of Wounded Knee, but after 300 years, there is little evidence of the claim that Canada was any better than the US in its relations with the natives. There is little to differentiate the provinces in their relations to natives. The most visible conflict in Quebec in recent times was at Oka in 1990, in Ontario at Ipperwash in 1995, and in BC at Lake Gustafsen, also 1995. There are road blockades across Canada continually going up to protest encroachment on lands claimed by natives as part of broken treaties, or in the case of BC, promises to land that were never formalized.

There are heroes who fought for rights — Tecumseh, Joseph Brant, Louis Riel — all tragic. Brant holds a special place for Canadians in southwestern Ontario, for the agreement he inspired and signed in 1784, made famous by its promise of ‘six miles deep’, meaning the land on both sides of the Grand River. These Six Nations (Mohawk, Oneida, Cayuga,Seneca, Onondaga,Tuscarora) unified under the Great Tree of Peace. During the American Revolution, (native) Captain Joseph Brant led many from the Iroquois Confederacy to ally with the British.

For their loyalty to the Crown, the Six Nations were deeded a tract of land along the Grand River. But, as happened to all the other Nations (there are 50 distinct nations and 614 First Nations bands), most of the land would be stripped from them, reduced to present 46,000 acres of what the federal government calls the “Six Nations Reserve No. 40”, including the village of Ohsweken, between the cities of Brantford, Caledonia, and Hagersville.