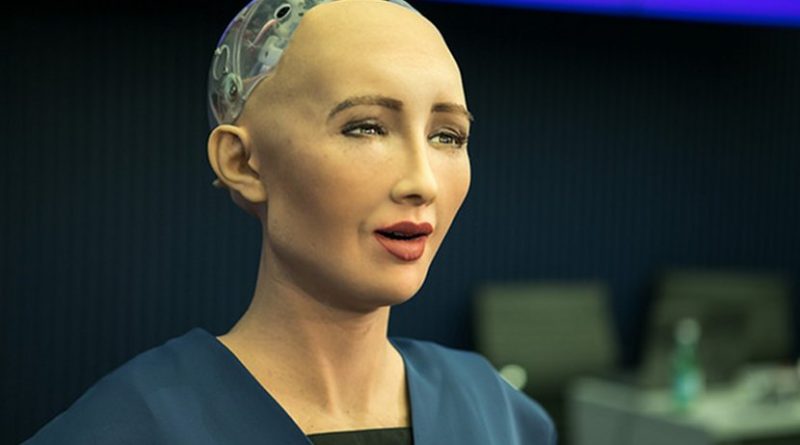 Denmark surprised everybody in May by appointing Casper Klynge the first ambassador to  Silicon Valley in the US. The new envoy has described himself as a “technoplomat,” and says he is aiming to “work to fix the digital diplomatic efforts of Denmark.” He also plans to “lead full digital transformation of the whole of the Foreign Ministry, and build relations with technology companies in support of this effort.”

This move by Denmark gives us a glimpse into the nature of the coming challenges of the digital age, and where the centers of the new political power will reside; soft power will form the racing track between countries and peoples competing for political, economic, cultural, and “civilizational” leadership. This soft power that America enjoys, and of which Silicon Valley is a part, has made the world keen to have a presence in the place regarded as the world capital of technology, with the highest average intelligence in the world.  Here reside the headquarters of the global giants that specialize in advanced technology, such as Google, Apple, Facebook and Intel; from this valley were launched some of the greatest projects and ideas that changed the face of this earth. The place attracts thousands of talented people from all over the world; it is not only a valley for technology but also for minds and ideas, with huge support for any initiative from the talented and the creative. It also hosts universities looking to scoop up the geniuses of this world.

Denmark’s appointment of an ambassador to Silicon Valley will bolster its ability to connect with the technology giants there. Foreign Minister Anders Samuelsen said: “We are still in need of developing relations with other countries, but we also need to set up close relations with some of the major companies that impact us.”

This is an indication that we are heading for a new age that some call “technoplomatic” — a combination of technology and diplomacy — in which Silicon Valley will be the emperor that all ambitious countries would like to be. It will be one of the new forms of diplomacy in the future, to widen influence and to set up links to bolster these new centers of influence and new decision-makers. As the American magazine Foreign Policy put it: “This new post will open a new diplomatic line for Denmark in the US that circumvents Washington … and strategy experts are saying that European countries will follow its example.”

Naturally, the new ambassador will represent his country to the major global companies, specifically social media platforms such as Facebook and Twitter; they have billions of users and play a huge role in the lives of people of the new millennium, as well as being some of the more effective communication tools in our fast-changing times. These new powers will own leadership and progress, and will take on new forms unfamiliar to us, variable and transforming in nature. We have come to hear, for example, about “electronic armies” as much or even more than human ones, and terms such as “electronic gangs” are frequently used in reference to an undeclared war, instead of the traditional ‘“psychological warfare.” They aim to influence public opinion for political gain, or they use “electronic flooding” or “electronic attacks” to target or change priorities in a certain society. Thus the shape of traditional confrontation and competition between countries is changing, and consequently the balance and forms of these powers are changing as well. Soft power, with its smart technology, is the new horse that countries are betting on to win the race to the future.

Finally, we are undoubtedly living an unprecedented era of acceleration and progress, and the age of the robot and artificial intelligence requires a special diplomatic intelligence to stay in sync with the effects of technology on politics. Most analyses of politics say the influence of companies in Silicon Valley has exceeded the influence of banks and Wall Street companies, and  the effect of pressure groups and lobbies has therefore moved from New York and Washington to Silicon Valley.

This is why the step taken by Denmark proves that strengthening relations with tech companies is a vital and important part of diplomacy in the age of technology, and a strong resource for every ambitious country striving to be effective and influential on the international political scene. Saudi Arabia, with its recent developmental decisions and ambitious projects, including the Neom project for a futuristic city, is one of the countries that needs to have a strong diplomatic presence in Silicon Valley. During the event that launched Neom, Saudi Arabia introduced “Sophia,” an artificial-intelligence robot.

And just as Sophia attracted the world’s attention by being granted citizenship, so a Saudi Embassy in Silicon Valley would be a step forward in digital diplomacy, keeping pace with our 2030 Vision.

•  Dr. Naif Alotaibi is a Saudi writer, researcher and media adviser. He has worked for several prominent Saudi media outlets.

Home » Soft Power, Sophia The Robot And The Rise Of ‘Technoplomacy’ – OpEd