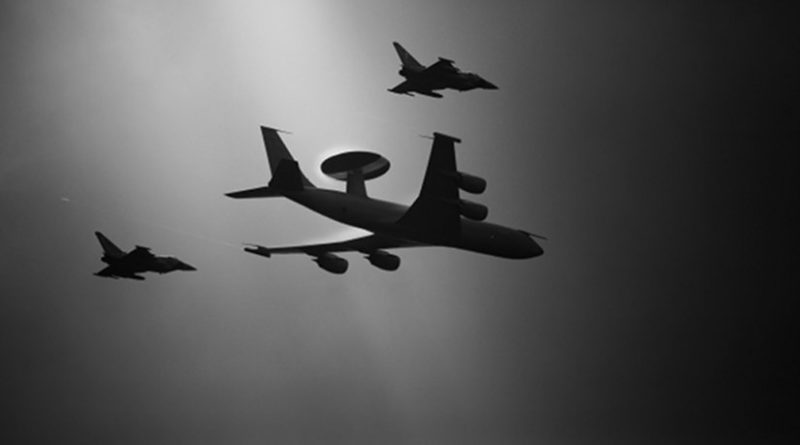 The Trump Administration has promised to rebuild the U.S. Armed Forces in order to properly defend the nation and its interests.1 This promise will be realized only if the Department of Defense (DOD) receives sustained and consistent investment though increased defense budgets. Secretary of Defense James Mattis stated that “[i]t will require years of stable budgets and increased funding” to overcome the readiness shortfalls.2

Nonetheless, the Budget Control Act of 2011 (BCA) is obstructing any real budget increases.3 The BCA caps the amount that can be dedicated to defense until 2021; proposals to extend this limitation to 2027 have already been made. The BCA will have to change to accommodate a more robust defense budget, instead of the inflation-level annual adjustments currently written in effect.

The military did not deteriorate to its current condition in one year. Hence, rebuilding the military is not going to be a one-year task, but rather a multi-year effort that will require consistent increases in the DOD budget. Consistency and a sustained effort will determine the success of any rebuild. Determining an appropriate 2018 funding level in these comings weeks will set the tone for the rebuild.

The Need to Properly Fund Our Common Defense

The message on the defense budget is simple: military funding needs to meet levels that are compatible to the military’s missions. The need to have stable and predictable resources permeates the description of the current state of all the services in The Heritage Foundation’s recently released 2018 Index of U.S. Military Strength.4

In the 2015 edition of the Index, the U.S. Armed Forces were deemed marginally capable of meeting the threats that the U.S. faced. From the five elements examined by the Index—the four services and U.S. nuclear capabilities—four of them were categorized as marginal and only one, the Air Force, as strong.5

To reverse the negative trend illustrated by the Index, the U.S. Armed Forces need to be funded at a level where they can meet their defined demands. Military underfunding in relation to mission has been compounded by years when the Armed Forces consumed more readiness than building it, through overuse in constant deployments to Iraq, Afghanistan, and other areas.6

The current state of the U.S. military will require sustained investment in order to establish the capacity and capability of facing all the challenges that the country expects of them.

Both congressional Armed Services Committees and the executive branch generally agree that the defense budget needs to be increased in order for the U.S. Armed Forces to meet its goals. However, they disagree on how much and fast the U.S. will be able to invest in rebuilding its military. President Trump’s 2018 budget request included increases for the DOD’s budget.7

This demonstrated the President’s understanding that rebuilding requires an increase in investment.

These documents call for increased investment in defense, showing the commitment that both chairmen have for restoring and rebuilding the U.S. Armed Forces. Thornberry reached an initial compromise with Representative Diane Black (R–TN), the Chairwoman of the House Budget Committee, on three years of consecutive 5 percent increases on the defense budget in exchange for a smaller increase in 2018. 9

The Senate side has not seen an equivalent negotiation. The Senate Budget Committee put forward an initial proposal that continues BCA-level caps through its 10-year projection. 10

This proposal represents the trajectory of continuing with the limits imposed by the BCA through an elongated timeline. Nonetheless, when the budget resolution was passed, Senators approved an increase for 2018, authorizing up to the NDAA’s recommended $640 billion. 11

Outside Congress, Mackenzie Eaglen, a Resident Fellow at American Enterprise Institute, published a plan that outlined budgetary requirements for repairing and rebuilding the U.S. Armed Forces. 12

The proposal starts with a considerable boost in the defense budget in 2018 and maintains a high level of investment that would enable a rebuild.

In recent testimony, both Secretary of Defense James Mattis and General Joseph Dunford, the Chairman of Joint Chiefs of Staff, have elaborated on the need for consistent and increased budgets. Secretary Mattis stated that the “Pentagon expects to request 3–5 percent base budget growth above inflation every year from 2019 through 2023.” 13

General Dunford also addressed this question, stating that 3 percent to 7 percent increases would be required to properly meet the missions that the country expects from the military. 14

These estimates show the commitment level that will take to maintain U.S. military competitive advantage; demonstrate the importance of having sustained investment in the military; and highlight the importance that the 2018 defense budget will have, as it serves as the baseline for future necessary increases. Depending on which number becomes the topline for defense in 2018, drastically different possibilities of growth will emerge through the five-year period. The difference between scenarios reaches $900 billion.

Budget caps imposed by the BCA are the main obstacle to any defense budget increase. The BCA came into effect in 2011 and its caps are currently scheduled to last until 2021. 15

Due to its enforcement through sequestration and the requirement of 60 votes in the Senate to change it, the law has defined the political discussion. The increases of the defense caps are set at a level that would be devoured annually by inflation. 16

President Trump’s 2018 budget request involved little discussion of the future years in the defense budget. Nonetheless, the request included higher limits for the BCA caps in the defense category, extending the caps for 2027 instead of letting them expire in 2021. The proposed extension would remove the separation of defense and non-defense, granting Congress flexibility to prioritize defense. It is important to break the current political cycle, where defense and non-defense get small increases in every budget deal, instead of the underlying causes of national debt or eroding military strength being addressed. 17

A Path Forward on Defense

In order to rebuild the military and change the decline identified in Heritage’s Index of U.S. Military Strength, Congress should:

About the author:
*Frederico Bartels is Policy Analyst for Defense Budgeting in the Center for National Defense, of the Kathryn and Shelby Cullom Davis Institute for National Security and Foreign Policy, at The Heritage Foundation.

Home » US Military Rebuild Needs To Start In 2018 – Analysis