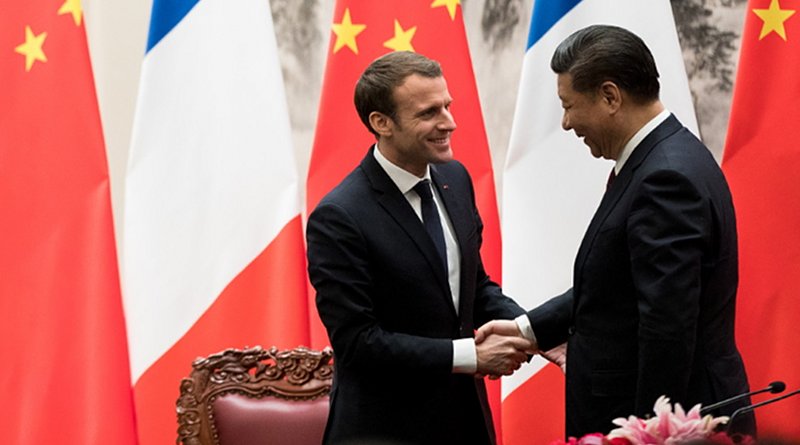 In the past few weeks, French President Emmanuel Macron has challenged some of the most basic assumptions about post-War Europe. He has called into question future enlargement of the European Union. He has queried the future value of Nato’s Article 5 security guarantee. He even described Nato as “brain dead.”

There is a certain geopolitical irony in all this that is not lost on observers from the transatlantic community. For the past couple of years, most policymakers were worried about US President Donald Trump undermining the stability and security of Europe. Paradoxically, it is clear that the biggest threat to Europe’s stability and security is now coming from Paris and not Washington.

France is one of the most powerful and influential countries in Europe, so Macron’s comments about the European Union and NATO are ringing alarm bells across the continent.

Consider the recent French decision to block EU accession talks for Albania and North Macedonia. Any country that makes the decision to join the European Union has to weigh up the costs and benefits. Basically, is the cost of joining worth the loss of national sovereignty? For a country such as the United Kingdom, the British people clearly do not think the cost is worth it. But for smaller aspirant countries, especially in the Balkans where corruption is endemic and economic opportunities are scarce, EU membership is not only desirable, it is considered a necessity for national survival.

The desire to join organizations such as Nato and the EU is what drives countries to undergo radical transformations in their governance, economy, military and judiciary — all in the hope that they will someday be able to join the Euro-Atlantic community. Keeping the doors to the EU or Nato open to countries in this way is perhaps the greatest tool for reform and the promotion of democracy that Europe has ever seen.

When the door to membership appears to be closed, the enthusiasm for difficult reforms disappears. Countries that hope to join the Euro-Atlantic community, but which are repeatedly blocked from doing so even after reforming, will start looking for alternatives. This usually means Russian-backed groupings such as the Eurasian Economic Union. This is bad for the long-term stability of Europe.

This is why France’s recent veto on EU accession talks for North Macedonia and Albania sent a signal that national sacrifice and painful political reforms in the hopes of joining the Euro-Atlantic community can sometimes be in vain.

Just look at the situation with North Macedonia. The European Union made it clear that if Macedonia reached a compromise with Greece over a disagreement about the country’s constitutional name, it would be invited to join the European Union. Not only did the nation go through the humiliating process of changing its name to placate ridiculous Greek concerns, North Macedonia also played an important role in slowing down migrant traffic through the Balkans to the heart of Europe during the recent refugee crisis.

After upholding its side of the bargain, it is not surprising that the decision by France to block North Macedonia’s EU aspirations has triggered a political crisis in the country. And the last thing the Balkans needs right now is another crisis.

In addition to undermining the EU’s enlargement process, Macron took aim at Nato in a recent interview with The Economist magazine. France has always been a problematic partner inside the organization. In 1966, then French president Charles de Gaulle kicked US troops out of France, ordered Nato to move its headquarters out of Paris (this is why it is now located in Brussels) and withdrew France from Nato’s integrated command structure. Although France rejoined the command structure in 2010, it still refuses to engage with Nato’s nuclear planning.

So in some ways Macron’s comments are not surprising — although referring to Nato as “brain dead” and questioning the future of the alliance’s security guarantee are a little extreme, even for a French president.

However, considering the timing, the comments are most unhelpful. Nato is only a few weeks away from a major meeting in London and the French president’s words will not help to set a positive tone for the gathering. Also, Macron recently suggested that it was time to ease European pressure on Russia, and even suggested that President Vladimir Putin should be invited to the next G7 Summit.

Who knows what is motivating Macron to say what he is saying. As a leader presiding over a country with lackluster economic growth, a protest movement — the so-called Yellow Vests — that is entering its second year, and with low approval ratings, the recent media fury generated by some of his statements might be a welcome diversion from the day-to-day political drama playing out in France.

Perhaps the Gaullist tendencies that many have long suspected to be simmering below the surface of Macron’s worldview are now starting to boil over. Or maybe he genuinely believes that the status quo of the past 70 years is no longer the best way forward. If the latter is the case, he needs to start offering a viable alternative. Right now, all that he is offering is divisive rhetoric.

Keep a close eye on the upcoming Nato meeting in London. If Macron “clarifies” and softens his recent comments then perhaps there is not much to worry about. If he doubles down on his criticism of Nato then everyone had better strap themselves in because there will be a bumpy ride in store for Europe.

Home » Biggest Threat To European Stability And Security Comes Not From Without, But Within – OpEd