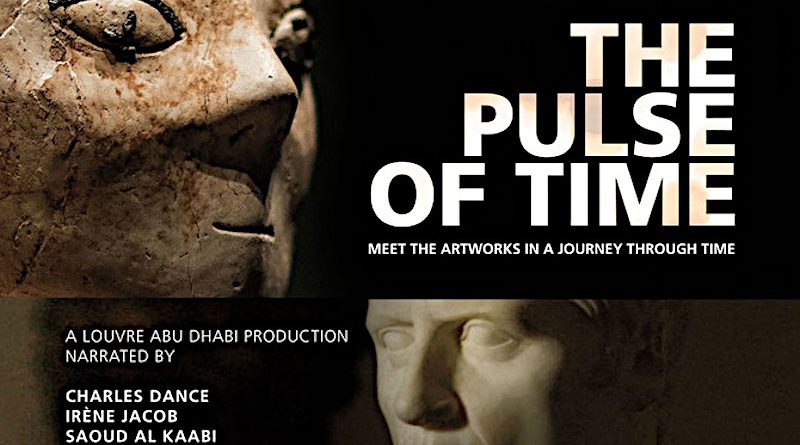 'The Pulse of Time'. Photo: Supplied

The Louvre Abu Dhabi announced the launch of its first-ever short film, “The Pulse of Time,” on Sunday.

The 40-minute immersive audio-visual journey is an exploration of artworks from the museum’s collection, narrated in English by “Game of Thrones” actor Charles Dance, in Arabic by TV presenter Saoud Al-Kaabi, known for his role in 2009’s “City of Life,” and in French by actress Irène Jacob.

The short film charts the history of human creativity through a selection of 15 artworks and stories of cultural connections from the pre-historic era to contemporary times. The film will premiere on YouTube on Nov. 11, 2020,  coinciding with the museum’s third anniversary.

“The film animates the galleries and objects on view, for an awakening of the imagination that audiences may experience from anywhere in the world. This marks a new era of original, digital commissions living side-by-side with traditional, physical exhibitions,” Manuel Rabaté, director of Louvre Abu Dhabi, said in a released statement.