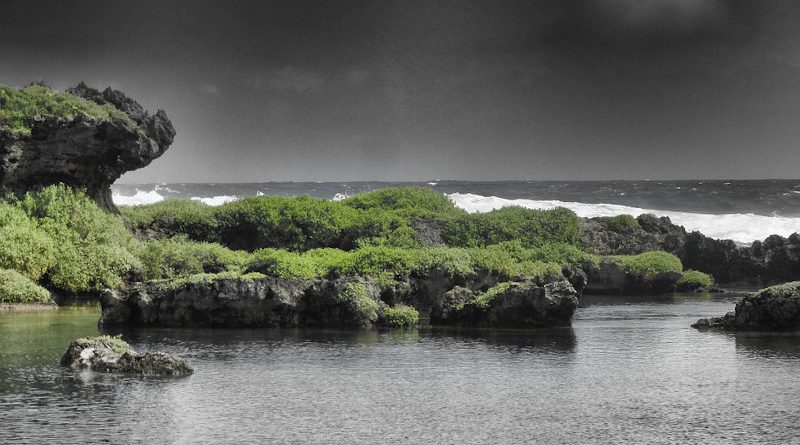 Hotter weather, risks to freshwater supplies, coral reef death, and stronger typhoons are among the major challenges detailed in a new report on climate change in Guam. Threatened resources include high-value coastal infrastructure and the millions of dollars that ocean ecosystems add to Guam’s economy annually, according to the report by the Pacific Islands Regional Climate Assessment (PIRCA), a consortium of several government, NGO, and research entities.

Climate Change in Guam: Indicators and Considerations for Key Sectors is one in a series of new PIRCA reports. Authors from the University of Guam and the East-West Center—along with more than 30 technical contributors from local governments, NGOs, researchers, and community groups—collaboratively developed the Guam PIRCA report.

“Climate change is one of the greatest issues this generation is facing, and how we adapt as an island should be based on the best available information and sound science,” said Guam Governor Lou Leon Guerrero. “We are pleased to have this resource to better inform policy and decision-making, so that we may safeguard our critical infrastructure, protect our economy, improve food security, and prepare for increased droughts and wildfires. That is why I have created a Climate Change and Resiliency Commission to provide a strategy for Guam to address the impacts of climate change to our island.”

Climate Change in Guam lays out the changes Guam is already experiencing, as well as what lies ahead. The key messages for decision-makers include: