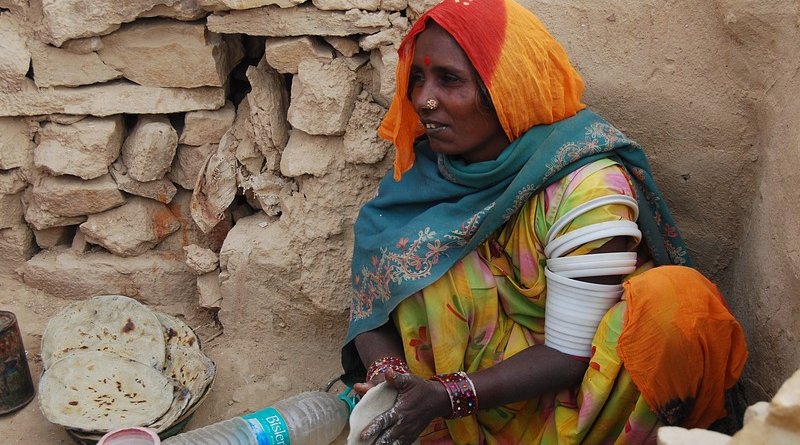 India’s transition to clean cooking fuels may be hampered by users’ belief that using firewood is better for their families’ wellbeing than switching to Liquefied Petroleum Gas (LPG), a new study reveals.

Women are considered primary family cooks in rural India and those featured in the study feel that both fuels support wellbeing. Understanding these viewpoints helps to explain why India’s switch from traditional solid fuels is slower than expected.

Those cooks using firewood know it causes health problems, but feel that it contributes more to wellbeing than cooking with LPG would – although LPG users who previously cooked with firewood claim their new fuel has improved wellbeing.

India has more people relying on solid fuels for cooking than any other country in the world and providing universal access to clean cooking fuels has been identified as one of the UN’s Sustainable Development Goals (SDGs), to which the country is a signatory.

Researchers at the Universities of Birmingham (UK) and Queensland (Australia) conducted focus group discussions with women in four villages in the Chittoor district of Andhra Pradesh. Two villages mostly used firewood whilst the other two comprised of mostly LPG users who had switched from using firewood. The researchers have published their findings in Nature Energy.

Firewood users believed that cooking with this fuel improved their financial wellbeing because selling firewood generated income, whilst collecting the fuel gave them an opportunity to socialise and is a tradition they would like to continue. They viewed LPG as a financial burden that gave food an undesirable taste and feared a fatal canister explosion.

LPG users told researchers that their fuel allowed them to maintain or improve social status, as well as making it easier to care for children and other family members. Cooking with LPG freed up time which they could use to work outside the home and earn money. They also enjoyed extra leisure time with their family.

Study co-author Dr Rosie Day, Senior Lecturer in Environment and Society at the University of Birmingham, commented: “Despite India’s aim of switching to clean fuels, the scale of solid fuel use in rural areas signals that widespread uptake and sustained use of clean fuels is a distant reality.

“Whilst cooking is not solely a woman’s job, the reality is that, in rural India, women are considered the primary cooks. It is, therefore, critical to unravel how women see the relationship between wellbeing and cooking fuel if India is to make progress in transitioning to clean fuels.”

Researchers suggest that future interventions to promote new fuels should actively involve women who used solid fuels and clean fuels – opening discussion about the benefits of each and allowing cooks to observe different cooking practices. Interaction programmes could inform firewood users about the positive wellbeing outcomes of LPG, address concerns, and promote learning from each other.

The study identifies three key lessons that have important implications for policy makers to consider:

“We have gained important understanding of women’s views in this setting, but further research is needed to analyse the perceived relationship between women’s fuel use and multi-dimensional wellbeing in other settings – this will help to increase our understanding of how social and cultural factors come into play in transition to clean fuels,” commented Dr. Day.