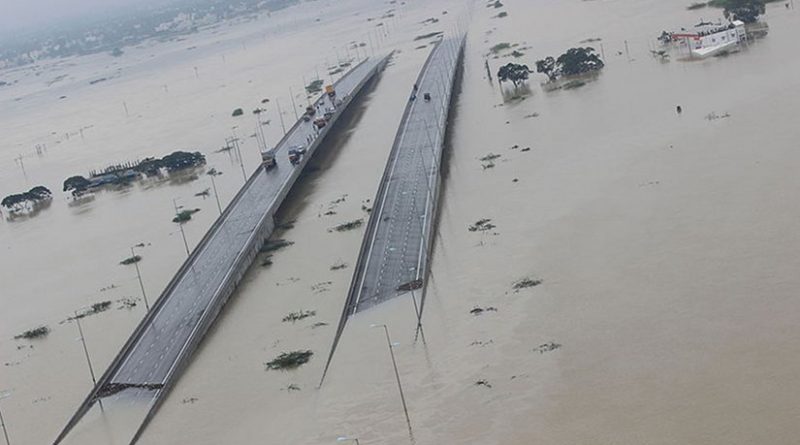 The third Advisory Note on El Nino for Asia-Pacific countries, issued jointly by the United Nations Economic and Social Commission for Asia and the Pacific (ESCAP) and the Regional Integrated Multi-Hazard Early Warning System for Africa and Asia (RIMES), warns that the current El Niño event is likely to be one of the strongest since 1997-1998 and will persist into the second quarter of 2016.

The current 2015-2016 El Niño began with mild and localised conditions in the Pacific in late 2014 and has now intensified to cover a large swath of Asia and the Pacific. The result is that the impact of the current El Niño is likely to become even more severe in certain locations, such as central and southern India, central and northeast Thailand, the central and southern Philippines, the uplands of Cambodia, eastern Indonesia, Papua New Guinea and many other Pacific island countries.

The Advisory Note highlights that the reduced rainfall is already impacting agriculture in several countries, causing a loss of income and reducing the coping capacity of those affected -– especially in Timor-Leste, Papua New Guinea, Solomon Islands, Vanuatu and Fiji. Papua New Guinea, among many other Pacific island countries, has been experiencing a serious drought over the past several months affecting 2.4 million people alone. The Advisory Note warns that as the El Niño intensifies over December 2015 to early 2016, continued drought conditions and water shortages may loom over an estimated 4.7 million people in the Pacific islands.

As El Niño is a complex phenomenon, it is also likely to be linked with severe flooding in southern India and northern Sri Lanka. This follows previous Advisory Note forecasts of excessive El Niño induced rainfall in this region, which is also expected to continue into early 2016.

Some countries are already responding or adapting to El Nino conditions, and preparing for further impacts in the coming months. The current discussions at COP21 in Paris have furthermore noted the possibility of climate change induced El Niño risks.

Given the cross border nature of El Niño risks, regional cooperation is critical in supporting national efforts. Climate hazards like El Niño cannot be viewed as discrete, occasional events, the Note indicates, but rather they need to be addressed as long term climate risks which undo development gains, and which can be prepared for, adapted to, and addressed in a collective manner.

Although no two El Niño events are the same, the risk patterns observed during the past can be used as a guide to take appropriate preventive risk reduction measures to address shared vulnerabilities and risks. Early warning systems and multi-stakeholder platforms need to be strengthened to facilitate user understanding of long-term risks, and harmonization of risk management strategies and sustainable development plans is urgently needed.

Research by an international team of scientists found that the steady, centuries-long increase in insect invasions globally is likely to