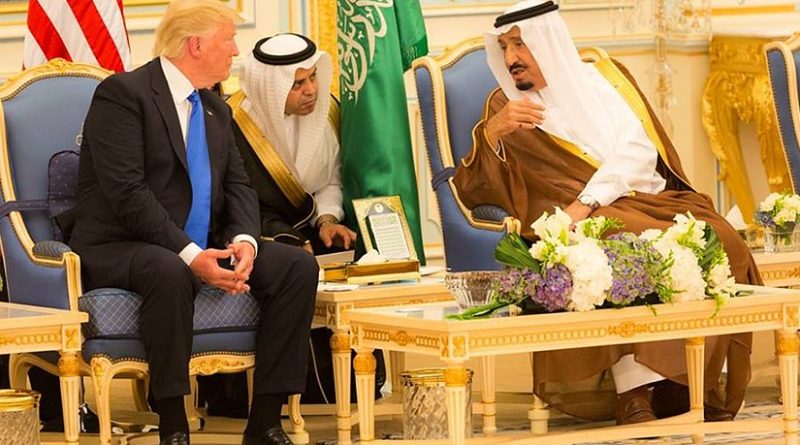 A series of Gulf and Middle East-related developments suggest that resolving some of the Middle East’s most debilitating and devastating crises while ensuring that efforts to pressure Iran do not perpetuate the mayhem may be easier said than done. They also suggest that the same is true for keeping US and Saudi interests aligned.

Optimists garner hope from the fact that the US Senate may censor Saudi crown prince Mohammed bin Salman for the October 2 killing of journalist Jamal Khashoggi in Istanbul; the positive start of Yemeni peace talks in Sweden with an agreement to exchange prisoners, Saudi Arabia’s invitation to Qatar to attend an October 9 Gulf Cooperation Council (GCC) summit in Riyadh, and a decision by the Organization of Oil Exporting Countries (OPEC) to cut production.

That optimism, however, may not be borne out by facts on the ground and analysis of developments that are likely to produce at best motion rather than movement. In fact, more fundamentally, what many of the developments suggest is an unacknowledged progressive shift in the region’s alliances stemming in part from the fact that the bandwidth of shared US-Saudi interests is narrowing.

There is no indication that, even if Qatari emir Sheikh Tamim bin Hamad Al Thani decides to accept an invitation by Saudi king Salman to attend the GCC summit rather than send a lower level delegation or not attend at all, either the kingdom or the United Arab Emirates, the main drivers behind the 17-month old economic and diplomatic boycott of the Gulf state, are open to a face-saving solution despite US pressure to end to the rift.

Signalling that the invitation and an earlier comment by Prince Mohammed that “despite the differences we have, (Qatar) has a great economy and will be doing a lot in the next five years” do not indicate a potential policy shift, UAE Minister of State for Foreign Affairs Anwar Gargash insisted that the GCC remained strong despite the rift. “The political crisis will end when the cause behind it ends and that is Qatar’s support of extremism and its interference in the stability of the region.,” Mr. Gargash said, reiterating long-standing Saudi-UAE allegations.

Similarly, United Nations-sponsored peace talks in Sweden convened with the help of the United States may at best result in alleviating the suffering of millions as a result of the almost four-year old Saudi-UAE military intervention in Yemen but are unlikely to ensure that a stable resolution of the conflict is achievable without a lowering of tension between Saudi Arabia and Iran. Even humanitarian relief remains in question with the parties in Sweden unable to agree on a reopening of Sana’a airport to facilitate the flow of aid.

More realistically, with the Trump administration, backed by Saudi Arabia and Israel, determined to cripple Iran economically in a bid to force it to alter its regional policies, if not change the regime in Tehran, chances are the Yemeni conflict will be perpetuated rather than resolved.

To Yemen’s detriment, Iran is emerging as one of the foremost remaining shared US-Saudi interests as the two countries struggle to manage their relationship in the wake of Mr. Khashoggi’s killing. That struggle is evident with the kingdom’s Washington backers divided between erstwhile backers-turned-vehement critics like Republican senator Graham Lindsey and hardline supporters such as national security advisor John Bolton. The jury is out on who will emerge on top in the Washington debate.

The risks of the Saud-Iranian rivalry spinning out of control possibly with the support of hardliners like Mr. Bolton were evident in this week’s suicide bombing in the Iranian port of Chabahar, an Indian-backed project granted a waiver from US sanctions against the Islamic republic to counter influence of China that support the nearby Pakistani port of Gwadar.

Iran’s semi-official Tasnim news agency, believed to be close to the Guards, said the attack was the work of Ansar al-Furqan, an Iranian Sunni jihadi group that Iran claims enjoys Saudi backing.

Iran’s allegation of Saudi complicity is partly grounded in the fact that a Saudi thinktank linked to Prince Mohammed last year advocated fuelling an insurgency in the Iranian province of Sistan and Baluchistan that incudes Chabahar in a bid to thwart the port development while Mr. Bolton before becoming US President Donald J. Trump’s advisor called for US support of ethnic minorities in Iran.

In a bid to create building blocks for the fuelling of ethnic insurgencies in Iran, Pakistani militants have said that Saudi Arabia had in recent years poured money into militant anti-Iranian, anti-Shiite madrassas or religious seminaries in the Pakistani province of Balochistan that borders on Sistan and Baluchistan.

The divergence of US-Saudi interests, agreement on Iran notwithstanding, was on display in this week’s defeat of a US effort to get the UN General Assembly to condemn Hamas, the Islamist group that controls the Gaza Strip. Saudi Arabia, despite the kingdom’s denunciation of Hamas as a terrorist organization and its demand that Qatar halt support of it, voted against the resolution.

The vote suggested that Mr. Trump may be hoping in vain for Saudi backing of his as yet undisclosed plan to resolve the Israeli-Palestinian dispute that is believed to be slanted towards Israel’s position.

Saudi ambassador to the UN Abdallah Al-Mouallimi said the defeated UN resolution would “undermine the two-state solution which we aspire to” and divert attention from Israel’s occupation, settlement activities and “blockade” of territories occupied during the 1967 Middle East war.

Saudi Arabia’s changing status and the divergence of longer-term US-Saudi interests was also evident in this week’s OPEC meeting in Vienna.

The agreement, moreover, had to balance Mr. Trump’s frequently tweeted demand for lower prices, and the kingdom’s need for higher ones to fund its budgetary requirements and Prince Mohammed’s ambitious economic reforms and demonstrate that the Khashoggi affair had not made it more vulnerable to US pressure.

The emerging divergence of US-Saudi interests in part reflects a wider debate within America’s foreign policy community about what values the United States and US diplomats should be promoting.

With some of Mr. Trump’s ambassadorial political appointees expressing support for populist, nationalist and authoritarian leaders and political groups, the fact that some of the president’s closest Congressional allies back the anti-Saudi resolution illustrates that there are red lines that a significant number of the president’s supporters are not willing to cross.

All told, recent developments in the Middle East put a spotlight on the changing nature of a key US relationship in the Middle East that could have far-reaching consequences over the middle and long-term. It is a change that is part of a larger, global shift in US priorities and alliances that is likely to outlive Mr. Trump’s term(s) in office.