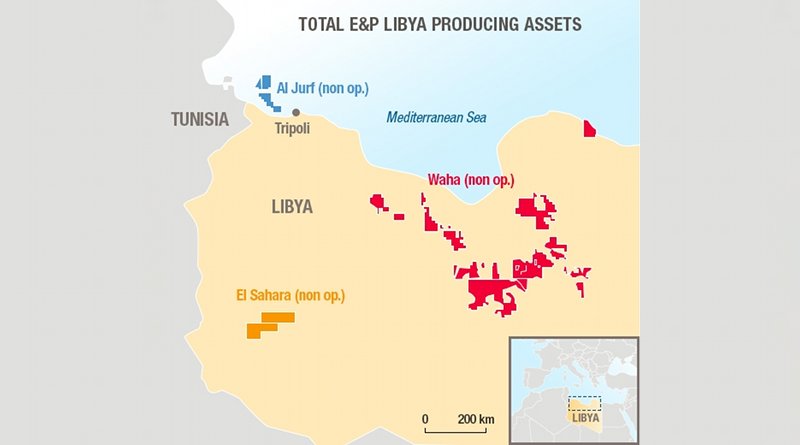 Total and National Oil Corporation (NOC), with the agreement of the Government of Libya, signed Tuesday an agreement to implement Total’s participation in the Waha concessions, located in the Sirte Basin in Libya.

Under the terms of this agreement, Total commits to assist NOC in accelerating the development of the Waha concessions by providing its technologies and expertise; by developing the North Gialo and NC 98 fields, which are expected to add production of 180,000 barrels of oil equivalent per day; and by supporting social responsibility programs carried out by NOC in the areas adjacent to oil operations.

Total said it will carry out by itself local economic development programs, for a global amount of 20M US$, over a four year period.

“Total is satisfied to sign this agreement with NOC, with the agreement of the Government of Libya, which definitively endorses our entry into the Waha concessions”, said Patrick Pouyanné, Chairman and CEO of Total. “We will engage resolutely with NOC and Waha Oil Company in order to invest, optimize the infrastructure and develop new reserves for the benefit of all parties and notably Libya and the Libyans. The agreement, which further extends our close cooperation with NOC, is yet another milestone in our 60-year history in the country.”

On March 1, 2018, Total acquired a 16.33% working interest in the six Waha concessions by the purchase of Marathon Oil Libya Limited (MOLL), a wholly owned affiliate of the U.S.-based Marathon Oil Corporation. The Waha concessions currently produce about 350,000 barrels of oil equivalent per day (boe/d).

The acquisition gives Total access to reserves and resources in excess of 500 million barrels of oil equivalent and a significant exploration potential across the 53,000 square kilometers area covered by the concessions.