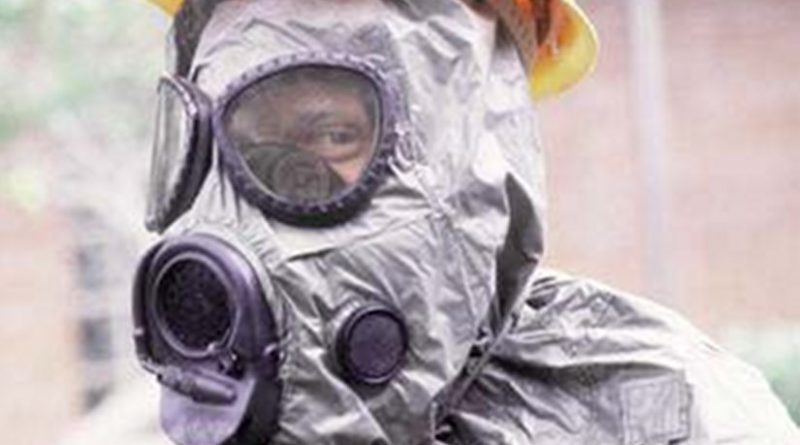 The foiled bio-terror attack in October 2019 in Indonesia has refocused attention on the prospects of Chemical, Biological, Radiological or Nuclear (CBRN) terrorism. Following its territorial and leadership setbacks, the likelihood of IS-inspired CBRN terrorist attacks remains low, but may manifest given the right conditions.

According to the Global Terrorism Database (GTD) and IHS Markit, IS orchestrated between 41-76 alleged chemical attacks, mostly involving chlorine and sulphur mustard, in Iraq and Syria between 2014-2017 at the height of its operations. Unprecedented in scale then, it was also likely the first time an Islamist terrorist group had successfully assembled and deployed chemical payloads on projectiles.

CBRN attacks still constitute a terrorism risk in Southeast Asia and beyond. In 2017, Indonesian authorities foiled a plan by a pro-IS Jamaat Ansharud Daulah (JAD) cell to build a radiological dispersal device with uranium-233. In the same year, two IS-linked brothers attempted to use hydrogen sulphide in a foiled attack in Australia. A year later, European authorities disrupted three bio-terror plots by alleged IS-linked elements involving the use of ricin and anthrax. And this October, Indonesian authorities again foiled a suicide attack plot by IS elements using abrin-filled explosives.

In counter-terrorism, threat calculations are usually based on the traditional Intent, Capability and Opportunity triad framework. Notwithstanding the absence of any chemical attack claims, IS has justified the use of CBRN weapons in its propaganda materials. The launch of a bio-terror campaign by a pro-IS media outlet, al-Abd al-Faqir Media, in July and August 2018 respectively, is one of the more recent expressions of this continued intent.

Terrorists’ capacity to develop CBRN weapons is dictated by factors such as access to expertise, materials, funding and infrastructure. According to EUROPOL reports, returning IS-linked foreign terrorist fighters (FTFs) from Iraq and Syria, who have developed capabilities in handling explosives, including chemical weapons, may seek to export their expertise to other conflict theatres as IS adopts a decentralised, global insurgency model.

Likewise, the increased exploitation of social media by the group has also facilitated the cross-border diffusion of CBRN know-how. Advances in new technologies, including in genetic engineering, could also make it easier for terrorists to develop homemade biological weapons.

The relative ease of access to dual-use agents (e.g., chlorine) that can be weaponised also poses a security challenge. The same holds true for some bio-toxins that could be harvested from commercially available plants. For example, castor beans found to be used to produce ricin in a 2018 bomb plot in Cologne, Germany, had been purchased online.

Further, although there are questions about IS’ financial resources to fund potential CBRN programmes globally, the group has proved resilient and adaptive and may seek alternate means to raise funds, including through cyber-financing.

Pockets of the world inundated with chaos also metastasise the risk of terrorist access to existing stockpiles, CBRN sites, and safe havens to construct makeshift laboratories. IS, for instance, installed primitive CBRN programmes in their strongholds during their brief territorial reign.

In Southeast Asia, groups like Abu Sayyaf could similarly circumvent detection in territories where it has some quasi-governmental control. Besides these factors, the opportunity to strike also hinges on IS’ ‘objectives and trade-offs’ and the ‘contagion effect’.

During the height of its caliphate operations between 2014-2017, IS’ use of chlorine and sulphur mustard as chemical warfare agents was an intimidation tactic intended to disrupt government offensives, according to Suleiman al-Afari, a captured Iraqi scientist who had helped manage the IS supply chain for sulphur mustard production.

Yet the absence of any after-attack claims by IS illustrates the trade-offs inherent in CBRN use for terror networks. The risk of alienating a community of followers, given the widespread opprobrium of chemical attacks in recent years, appears to have acted as a potential deterrence for IS.

Fulfilling its overarching territorial ambition remains IS’ raison d’être. However, a lone-wolf operating autonomously is less likely to be restrained by such collective ambition.

Observations on terrorists’ prior activities demonstrate a contagion effect on subsequent attacks. The discernible clusters of hijackings by terrorist groups in the 1960s, embassy takeovers in the 1970s, gruesome beheadings post-9/11, as well as the recent trend of knife stabbings and vehicle rammings, have inspired copycat attacks elsewhere.

In contrast, CBRN use in the form of chlorine and sulphur mustard attacks by terrorists/militant groups appears impervious to copycat attacks. GTD datasets illustrate that the peak uses of chlorine as a warfare agent in 2014-2017 (by IS and other terrorist/militant groups) were contained within the Iraq-Syria conflict theatre.

Outside of these areas, only one attempted IS chlorine attack in Indonesia in 2015 was reported. This could be attributed to existing capabilities, opportunities, objectives and trade-offs not meeting the criteria to culminate in CBRN use.

Terrorists are largely opportunistic. Whilst conventional attack modes may be the preferred modus operandi, a gravitation towards CBRN attacks by IS when opportunity arises should not be disregarded.

Although the relative ease of developing crude chemical and biological weapons make such attacks a likelier prospect, terrorists also persist in seeking to develop radiological and nuclear capabilities.

IS’ current degradation may also propel a rejuvenation of Al Qaeda (AQ) in various parts of the world as it exploits vulnerable political pockets to embed itself and thrive. The November 2019 release from prison of bio-chemist, Yazid Sufaat, the Malaysian who helped AQ develop anthrax for use as a biological weapon, has prompted security concerns that he (and other similar individuals elsewhere) may foray back into weaponising sophisticated bio-agents.