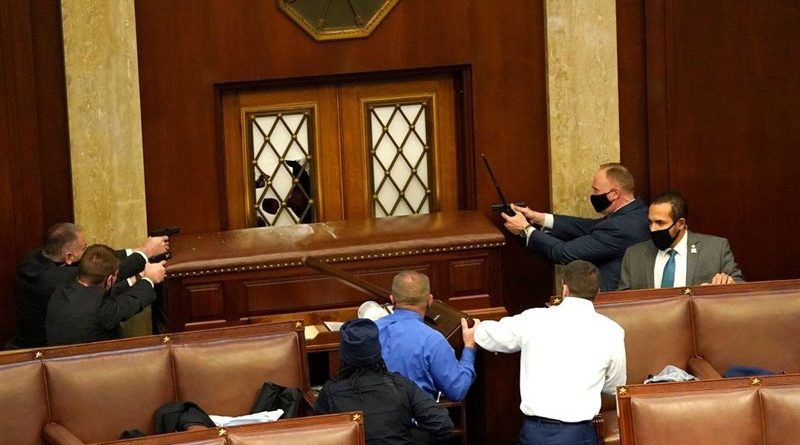 In the aftermath of the breach of the U.S. Capitol security on January 6, 2021—while a joint session of Congress was counting and certifying the 2020 presidential election electoral votes—and in response to increased political tension across the nation, there is renewed congressional interest in protective details for government officials.

Attacks against political leaders and other public figures have been an ongoing security issue in the United States. Since the U.S. Secret Service (USSS) started protecting Presidents in 1906, seven assaults or assassination attempts have occurred, with one resulting in a death (President John F. Kennedy). Prior to USSS protection, three sitting Presidents had been assassinated (Abraham Lincoln, James Garfield, and William McKinley).

In addition, official records and news accounts show that there have been at least 20 attacks against Members of Congress since 1789.

According to a 1998 U.S. Marshals Service report, data on assassinations and assassination attempts against federal officials suggest that elected officials are more likely to be targeted than those holding senior appointed positions. The U.S. Marshals Service report quoted a 1970 report on political violence (commissioned by President Lyndon Johnson) indicating that

the more powerful and prestigious the office, the greater the likelihood of assassination…. [T]here is a much greater likelihood that the occupant of or aspirant to an elected office will be the victim of an assassination than will the occupant of an appointed position, even though the position may be a powerful one, such as Secretary of State, Justice of the Supreme Court, or Attorney General.

In a 2000 report, the Government Accountability Office (GAO) stated that it was only able to identify one instance when a Cabinet Secretary was physically harmed as part of an assassination attempt, which occurred when one of the Lincoln assassination conspirators attacked then-Secretary of State William Seward in his home in 1865.

Since GAO’s 2000 report, it appears there has been no significant research on protecting executive branch officials. Considering the increased federal government and congressional interest in security of federal personnel and facilities since the terrorist attacks of 9/11, there may be a need for further research to inform analysis of related issues.

The USSS and the State Department are the only two agencies that have specific statutory authority to protect executive branch officials. Specifically, the USSS protects the following individuals under 18 U.S.C. §3056(a):

In general, PPD operations consist of having armed personnel within the vicinity of a protected official and in locations the official plans to travel.

In addition, protection involves making related security plans and analyzing possible and actual threats. GAO’s 2000 report stated that officials received different levels and frequencies of protection, which generally included protection while they worked in their offices, attended public events, and traveled on official business. Some officials were protected during private personal time. GAO, in avoiding compromising official security, did not disclose specific information on PPD operations.

GAO reported that agency or department security officials generally determined officials needed protection when there was a possible or actual threat received from individuals who meet one, some, or all of these criteria:

Security officials also said the level of protection provided was determined by a variety of factors, such as the sensitivity of the issues being handled by the agency or department, the visibility of the protected official to the public, travel needs, and the officials’ personal preferences. Finally, GAO reported in 2000 that the primary PPD personnel employed at 11 agencies, including 2 offices of Inspectors General, were deputized as U.S. Marshals to provide them with needed law enforcement authorities.

Source: This article was published by the Congressional Research Service (PDF)