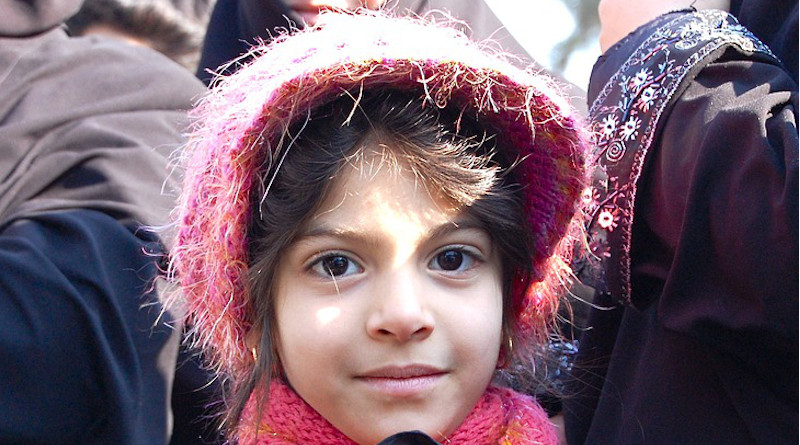 The children in Iran, often with tired looks and pale faces, are hard at work to make an earning for their families. Their work includes carrying heavy sacks or searching for recyclable materials in garbage bins. The younger ones can be seen stationing themselves near traffic lights and offering gum to the stopped drivers. Some may have a dirty rag, trying to clean the windshields, hoping to collect some change.

These children have neither masks and gloves nor disinfectants. While coronavirus is prevalent in most Iranian cities, no one thinks of working children and they seem to be forgotten. For these children of work, corona or no corona makes no difference. A few years ago, the Child Assistance Network in Iran estimated the number of children in Iran to be around 3 million. This number has grown significantly in recent years.

No medical research has proved that children are immune to the coronavirus. Working children in Iran, who are often in the vicinity of garbage bins, or those who sell different things on the streets or in the subway, are at risk because of their widespread association with the community and their presence in public places.

The closure of many schools in different cities in Iran, due to the spread of the coronavirus, and a sharp increase in the price of basic goods have contributed to an increase of such children.

On the other hand, these children are unable to go to medical centers due to the high medical costs and the difficulties of admitting children without identity papers.

The increasing number of children of work in Iran is directly linked to the Iranian regime’s corrupt nature and its suppressive policies, manifested by the supreme leader, Ali Khamenei. Iran’s collapsing economy has caused catastrophic damage to cities, leading to the formation of slum suburbs and has made life very difficult for its residents. The children of work are often from the suburbs. As expected, so far the government has no plans to protect children on the streets from the coronavirus.

In about two weeks from now, Iranians were supposed to celebrate the arrival of their new year, Norooz, but no one seems to be in a celebratory mood. Every year, Norooz is celebrated alongside the arrival of spring where nature starts a new season with a new attitude. As part of the Norooz tradition, children wear new clothes and shoes.

Not so much this year, where many children will have to look out for the generosity of others in the streets, in the midst of the cold and at the risk of coronavirus. Although the threat of coronavirus exists for all children around the world, in Iran there is a qualitative difference, which is the distrust in the government declaring as genuine wildly inaccurate figures and allowing government-run gangs to capitalize on this crisis which is the main source of fear not only for the people of Iran but around the world. Welcome to the true nature of the Iranian regime.

A lawmaker from the Northern Iranian city of Rasht has strongly criticized the authorities’ concealment of the actual number of victims of the coronavirus, saying the official statistics were more like a joke. The situation in the city of Gilan is very serious. In Rasht, even the hospital corridors are full of people with coronavirus.

Children in Iran remember 2019 as a very difficult year for them. The Amnesty International report entitled: “They shot our children” acknowledges that in the attack by Iranian security guards on unarmed protestors in November, at least 22 children were killed by the security forces. According to the report, the dead were aged between 12 and 17, including a girl reportedly between the age of 8 and 12. These children were killed in the cities of Fars, Kermanshah, Khuzestan, Kurdistan, and Tehran, indicative of the widespread extent of the bloody crackdown.”

Mr. Philip Luther, one of Amnesty International’s authorities state: ” In recent months in Iran, numerous reports revealed the illegal use of fatal weapons by Iran’s security guards against the citizens. Still … it’s so shocking to see so many children being victimized.” Mr. Luther continues: “Independent and impartial investigations into these killings should be carried out and the perpetrators should be tried.”

Yes, the same children who needed to be provided with education and safety were shot in November and are now surrounded by the threat of coronavirus.

Childhood is meant to be the best day of your life. What hopes for any kind of life of happiness for the children of Iran?