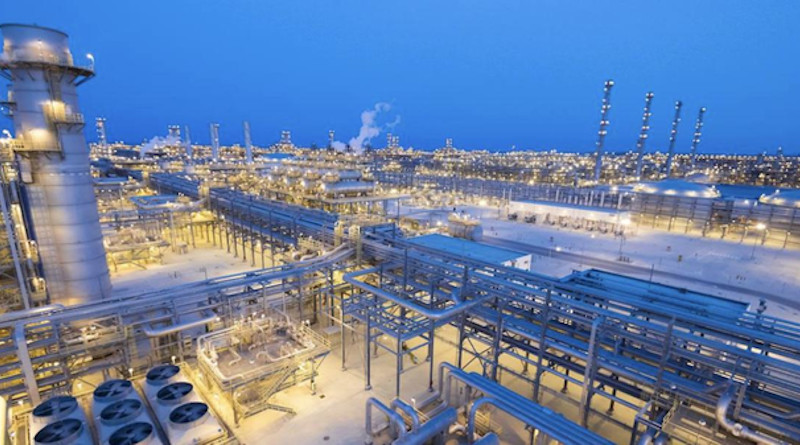 Saudi Aramco, the world’s largest oil company, is to increase crude production to record levels in a bid to win market share in the global tussle over energy prices.

In a statement to the Tadawul stock exchange in Riyadh — where the shares are listed — the company said: “Saudi Aramco will provide its customers with 12.3 million barrels per day of crude oil in April, an increase of 300 thousand barrels per day over the company’s maximum sustained capacity of 12 million barrels. The company has agreed with its customers to provide them with such volumes starting 1 April.”

It added: “The company expects that this will have a positive, long-term financial effect.”

The announcement — coming in the middle of unprecedented volatility in global energy markets — was preceded by a brief suspension of its shares on the Tadawul, at its own request, as is required when a listed company is about to announce a “material event.”

The move to increase output dramatically follows notification to customers that Aramco would offer big discounts around the world, and further ratchets up the pressure on global energy markets.

It was followed by an immediate response by Russia, the world’s second biggest producer, with its own output increase.

Aramco shares, which had opened significantly higher despite the global market falls of “Black Monday” the previous day, continued their rise after the announcement, closing at SR31.15 ($8.30), a jump of 9.98 percent on the day.

The Tadawul All Shares Index (TASI) — which had also suffered in the global shares rout on Monday — reflected the improvement in its biggest constituent, with a rise of 7 percent on the day.

Global energy markets recovered some of the ground they lost on Monday, when crude prices had initially suffered their biggest falls in three decades. Brent crude, the benchmark for Middle East trading, was 8.5 percent higher at $37.27 as US markets opened.

Market sentiment was improved by what analysts took to be a conciliatory statement from the Russian leadership — which heads the non-OPEC producers — about the disagreement.

Dmitry Peskov, spokesman for the Russian President Vladimir Putin, told journalists in Moscow that Russia did not rule out the possibility of a compromise on oil output after the Vienna breakdown, which he said had been foreseen by the Russian energy minister, Alexander Novak.

“Now we see relative volatility, which, most likely, will continue for some time. A variety of options were calculated and considered in advance (of the Vienna meeting),” Peskov said.

But Moscow also announced plans to ramp up its own production, with Novak later outlining plans to lift output by between 300,000 and 500,000 barrels per day to possibly as much as 11.8 million barrels.

Energy industry experts said that Aramco’s move to dramatically increase production would probably involve removing oil from storage for sale on global markets. If it produces 12.3 million barrels per day that would be around 20 percent higher than its previous production level, and 300,000 more than its “maximum sustained capacity.”

With both Riyadh and Moscowpumping oil at record levels, the pressure is now on the US shale industry, which has higher production costs and which is heavily leveraged in financial terms.

Other big OPEC producers like Iraq and Nigeria also said they would raise output. Energy markets face an unprecedented scenario in which big supply increases by the major producers are taking place as global demand falls by record amounts because of the economic effects of the coronavirus outbreak.