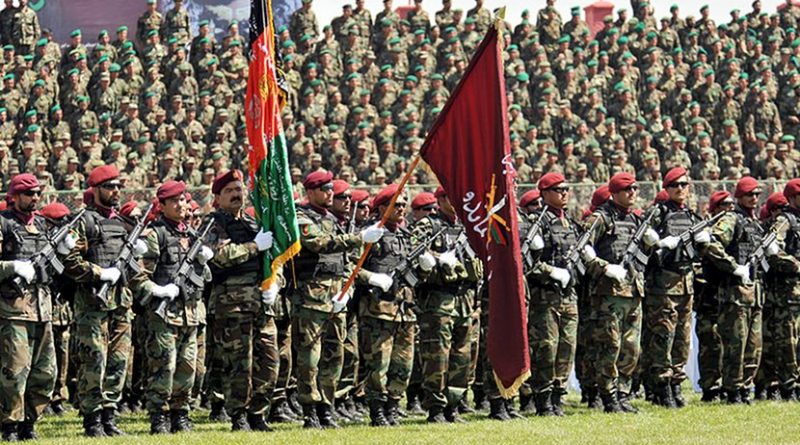 By Dr. Subhash Kapila and SAAG

Afghanistan was posed with mighty challenges on the Partition of the Indian Subcontinent in 1947 wherein Pakistan despite its Islamic commonality with Afghanistan became interposed as a “Hostile Neighbour” between Afghanistan and India which for centuries had civilizational and friendly ties.

Afghanistan’s geostrategic location on the Western flank of the Indian Subcontinent and with contiguity to Central Asia and the Middle East endows it with geopolitical significance far outweighing its size, population and resources. Afghanistan in 2018 is not only a crucial chess-piece in the global geopolitical chequer-board but has emerged since 1947 as the underlying defining adversarial strategic characteristic of Pakistan-India relations.

Kashmir issue is only a fig-leaf for Pakistan to be used as a pressure-point against India as part of Pakistan’s geopolitical blueprint for Afghanistan.

Yet Pakistan Army continues to be plagued with an obsessive strategic mindset that it needs a “Colonial Hold” over Afghanistan to attain Strategic Depth against India which Afghanistan has denied so far for decades. Towards this end-aim, the Pakistan Army allowed Pakistan to be used earlier by the United States against the Former Soviet Union and presently the Pakistan Army is allowing a similar use by China in its geopolitical confrontation with India.

In the intervening period of the 1990s Pakistan succeeded in acquiring a “Colonial Hold” over Afghanistan by the proxy installation of the Taliban Regime in Kabul for nearly a decade until displaced by the United States military intervention is 2001 following 9/11.

Significantly, these two lessons are being bitterly learnt in 2018 by the United States engaged to restore security and stability in Afghanistan since 2001.

More significantly these lessons are equally applicable to China to remember and factor-in in Chinese moves to bring about some sort of reconciliation between Afghanistan and Pakistan to serve China’s strategic interest of protecting the Western Flank of China’s flagship project in Pakistan, namely, the China Pakistan Economic Corridor.

In short, Pakistan and its policy- governing deity, the Pakistan Army is perceived as a “Disruptive Force” engaged in consistently undermining the security and stability of Afghanistan through all foul means like the so-called Mujahedeen civil war, the Taliban Regime and the unending spate of terrorist attacks and suicide bombings in Kabul by Pakistan Army’s terrorist affiliates like theHaqqani Brothers and so any more of their ilk. Pakistan ever since 1947 has failed to generate goodwill I Afghanistan or worked towards generating “TRUST’ in Afghanistan’s perceptions.

Comparatively, and in stark contrast to Afghan perceptions of Pakistan, Afghanistan largely perceives India’s role and demonstrated record in Afghanistan as that of a “Constructive Force” in Afghanistan consistently engaged in working towards the security and stability of Afghanistan.

India in Afghanistan’s perceptions figures as the naturally predominant power of the Indian Subcontinent, not as a ’regional overbearing and domineering Power’ but a “Benign Power’ working towards the security and stability of Afghanistan by use of “Soft Power” of assisting economic reconstruction, economic assistance, restoration and creation of Afghanistan’s infrastructure destroyed by military adventurism of Pakistan Army and its terrorist affiliates.

Historically too, India has had good friendly ties with Afghanistan’s majority Pashtun people which predate the inception of Pakistan. The NWFP Province predominantly Pashtun held out against joining Pakistan until forced by British pressure.

Similarly, India had equally good relations with the non-Pashtun population of Northern and Central Afghanistan commonly referred as the Northern Alliance on whose shoulders the American rode into Kabul to dislodge the Taliban Regime which Pakistan Army was unwilling to do so, despite US pressures.

Conscious of Afghanistan’s positive perceptions of India and that today United States has belatedly recognised this reality and reinforcing US-India geopolitical convergences on Afghanistan, Pakistan has attempted with China’s help to contrive a China-Pakistan-Russia Trilateral to side-line the United States and India on Afghanistan.

Fortunately, the United States has got its ‘hangover’ of the ‘Good Taliban’ and the ‘Bad Taliban’ a political contrivance foisted on the US in the Musharraf Years.

Afghanistan’s good and trustworthy relations with India cannot be construed by Pakistan as Afghanistan being inimical to Pakistan. It is the Pakistan Army which has severely mauled and brutalised Afghanistan for decades now directly or by use of its proxies. Afghanistan has not done so; it is the victim of Pakistan Army’s military adventurism.

In conclusion, one might as well answer the question that plagues the minds of all right thinking Pakistanis as to what policy changes Pakistan can do to gain leeway in Afghanistan? The logical answer is that Pakistan has to battle for gaining “TRUST” of Afghanistan and the Afghan people and desist from pitting obscurantist Jihadi forces on the political fabric of Afghanistan. To achieve that the first thing Pakistan has to do is to divest the Pakistan Army of its hold on Pakistan’s foreign policy on United States, Afghanistan and India specifically. Easier said than done but there has to be a beginning and that beginning has to be done by all right-thinking Pakistanis. ‘Insha Allah’

Dr Subhash Kapila combines a rich and varied professional experience of Indian Army Brigadier ( Veteran), diplomatic assignments in the United States, Japan, South Korea, and Bhutan. Served in India's Cabinet Secretariat also. He is a Graduate of Royal British Army Staff College, Camberley, UK, Msc Defence Studies from Madras University and a Doctorate in Strategic Studies from Allahabad University. Papers have been presented by him in International Seminars in Japan,Turkey, Russia and Vietnam. Credited to him are over 1,500 Papers on geopolitical & strategic topical issues and foreign policies of USA, Japan, India, China and Indo Pacific Asia. He has authored two Books : "India's Defence Policies & Strategic Thought: A Comparative Analysis" and "China-India Military Confrontation: 21st Century Perspectives"