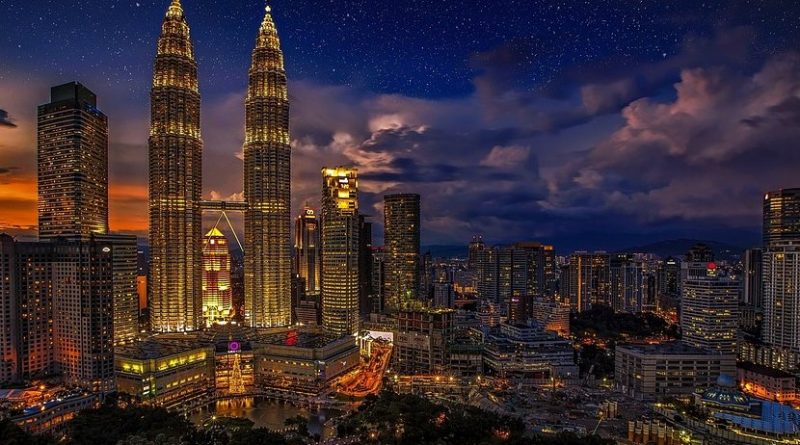 Malaysia still views China as an important economic partner regardless of the negative rhetoric. It is important to look at the actions of the Pakatan Harapan (PH) government in recent months, which have indicated that they want to deepen economic relations with China.

The state of China-Malaysia relations has received increased attention following the 14th General Election (GE14) in May 2018. During the election campaign, Dr Mahathir Mohamad’s negative rhetoric against Chinese investments in Malaysia raised questions about the future of this relationship. Subsequently, the new Pakatan Harapan (PH) government suspended three Chinese projects, namely the East Coast Railway Line (ECRL), the Multi-Product Pipelines and the Trans-Sabah Gas Pipelines, which are considered projects under China’s Belt and Road Initiative (BRI).

During Mahathir’s introductory visit to Beijing in August 2018, he warned of a “new version of colonialism’ rising in Asia, where ‘unfair trade prevails’ and ‘poor countries are unable to compete with rich countries”. Yet, it is also becoming clear that Malaysia still views China as an important economic partner regardless of the rhetoric. Mahathir’s critical posture and the suspension of the BRI projects must be seen within the prism of a desire to discredit former Prime Minister Najib Razak and his legacies. It is thus important to look at the actions of the government rather than believe the rhetoric. Indeed, actions in recent months have indicated that the PH government wants to deepen economic relations with China.

During Mahathir’s visit to Alibaba Group headquarters in August 2018, he expressed interest in adopting its innovative and advanced technology to boost Malaysian businesses, when he said “we’d like to tap your idea of modern technology for the benefit of the people”.

Thus far, Alibaba has proven to be a useful partner to the government in training Malaysian businesses for the next lap of innovation. For instance, under the joint project with Alibaba called the Digital Free Trade Zone (DFTZ), Malaysian businesses would be able to sign up for an Alibaba Netpreneur training course on e-commerce and learn how to expand their business beyond the local market.

Separately, Mahathir had also visited the Geely headquarters where he witnessed the signing of a deal between the Hangzhou-based company and Proton. He expressed hope that the Proton-Geely collaboration would lead to a production of a third Malaysian national car and enable Malaysians to gain new knowledge in automotive technology.

From the two visits, it can be seen that one of Malaysia’s key focuses is to gain technological transfer from Chinese investments and in turn, bring the Malaysian economy to its next stage of digital innovation.

There is also another indication that demonstrates Malaysia’s interest in wanting to boost its economic links with China, notwithstanding the rhetoric. The PH government is re-negotiating the terms of the ECRL project with the Chinese side.

Daim Zainuddin, a close associate of Mahathir, was appointed to lead these negotiations. He announced that the project would be finalised in April 2019 and that it would enhance commercial development in Northern Malaysia.

This announcement by Daim indicates that Malaysians are prepared to cut a deal with the Chinese to move the project forward even though it is seen to be highly controversial.

Importance of Economic Relations with China

It is clear that Malaysia needs more foreign trade and investment and China is a big player for both. According to Malaysia External Trade Development Corporation (MATRADE), Malaysia’s exports to China amounted to RM138.9 billion (S$45.8 billion) in 2018, a 10.3% increase from a year ago.

In the same year, Malaysia’s imports from China was RM174.93 billion, which was a 6.38% increase from 2017. Overall, Malaysia’s total trade with China was RM313.81 billion in 2018, making the People’s Republic the largest trading partner for the country. In 2018, China was also the biggest foreign direct investor in Malaysia with approximately RM19.7 billion, according to statistics from Malaysian Investment Development Authority.

Separately, during Mahathir’s visit to China in August 2018, the two countries signed a Memorandum of Understanding (MoU) on a bilateral currency swap agreement.

In March 2019, Malaysian and Chinese companies signed four purchase intent documents for the export of 1.62 million tonnes of palm oil from Malaysia to China with a combined estimated worth of RM3.63 billion, at the Malaysia-China Palm Oil Business Forum. This takes on particular significance given Malaysia’s ongoing spat with the EU over the latter’s plan to curb the use of palm oil in its biofuels by 2030.

It is clear that beyond the rhetoric, the reality is that Malaysia is expected to deepen its economic ties with China. What will be interesting to watch is whether Malaysia will also develop closer political ties with China. Take the case of Huawei.

When asked about Huawei, Mahathir said that his government would take its own stand and would not be influenced by others. He added that Malaysia has yet to find Huawei to be a threat to its national security and noted that Chinese technology in this regard seemed to be ahead of western technology.

Mahathir will be conducting his working visit to China in April 2019. Among other things, the BRI initiative will be on the agenda. Speaking in Hong Kong in late February 2019, Malaysia’s Deputy Trade and Industry Minister Dr Ong Kian Ming referred to Mahathir’s planned April visit to China and said that it showed Malaysia’s continued commitment towards a “very important relationship”.

He said that there would be more opportunities to expand Malaysia’s trading and investment relationship with China and that this would set the tone that Malaysia was “very welcoming of investments” from China. Given this context, it will be worth monitoring the outcomes of this upcoming visit.