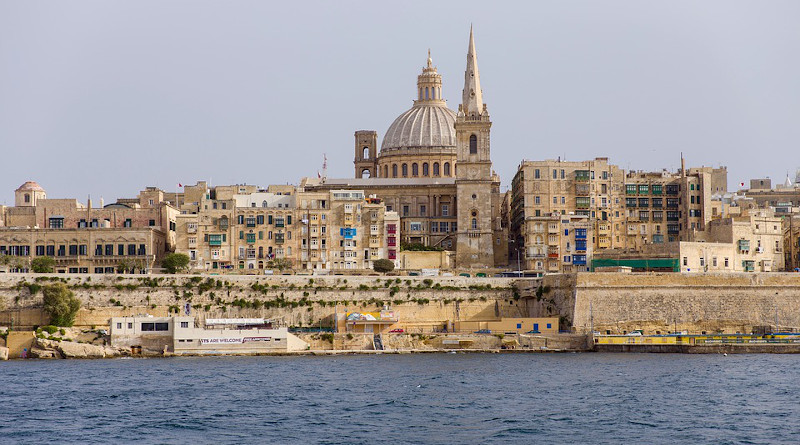 Basilica Of Our Lady Of Mt Carmel church in Malta

A Maltese court has authorized the seizure of assets belonging to the Institute for Works of Religion (IOR), commonly called “the Vatican Bank.” The garnishment order was issued last month, allowing three companies involved in a lawsuit against the bank to seize €29.5 million in assets.

Two Malta-based investment companies, Futura Funds Sicav and Futura Investment Management, along with Luxembourg-based Courgar Real Estate, have been embroiled in a years-long court battle with the IOR over millions of euros which the Vatican bank agreed to invest with the firms, before withdrawing from the deal.

At issue is a 2013 investment plan involving the purchase of a property in Hungary – the Budapest Exchange Palace – for development and resale. According to Futura, the IOR originally said it would commit €47 million euros to the project but only delivered €14 million.

Futura argued in the lawsuit that, following a change of leadership at the IOR, the bank had reneged on the project and wanted to go back on its legal commitment to invest.

The judgement by the Maltese court was made March 13 and represents the balance of the investment owed by the IOR and “material damages suffered by Futura Fund and Futura IM” according to a statement from Futura released to the financial news website Expert Investor and reported Monday, April 6.

The statement also said that if the companies are unable to recover the money through IOR assets in Malta, they would pursue the Vatican bank in other European jurisdictions in a “fast-track proceeding.”

In 2013, the same year as the investment plan was agreed upon, Ernst von Freberg was appointed IOR president with a mandate to bring transparency and reform to the institution. Also in 2013, Pope Francis created a pontifical commission to oversee the IOR and “gather accurate information on the legal status and various activities” of the bank, which published its first annual report that year, the contents of which were audited by KPMG.

That same year, the Vatican’s Financial Intelligence Authority was admitted as a full member of the Egmont group of national financial investigative agencies.

According to a letter sent by Optimum Asset Management’s general counsel to the Malta Independent in 2017, “the lawsuit initiated by the IOR regards Futura-Kappa (a real estate fund), which invested in 2013 with the objective to acquire, refurbish, reposition and sell the Budapest Exchange Palace, one of the most prestigious buildings in the Hungarian capital.”

By this description, the plan appears similar to another property investment by an institution of the Holy See.

Beginning in 2014, the Vatican’s Secretariat of State invested hundreds of millions of euros in a property development scheme in London. The secretariat bought a building at 60 Sloane Avenue in stages from Italian businessman Raffaele Mincione in a series of complicated maneuvers involving loans from Swiss banks, several of Mincione’s own companies, and other intermediaries.

The building is now controlled by the Secretariat of State through a U.K. holding company, London 60 SA Ltd.

The London investment has become the subject of sustained scrutiny by Vatican financial authorities, and Pope Francis has said of the deal “What passed, passed: a scandal.”

“They have done things that do not seem clean,” Francis said in November last year. The pope’s comments followed raids by Vatican City law enforcement in October last year, several officials at the secretariat were suspended from duty. Two of them served as directors of London 60 SA Ltd. and have now been removed.

The sole remaining director of the company is Luciano Capaldo, an architect and property developer. UK corporate filings have variously identified him as having UK, Italian, and Vatican citizenship.

Calpaldo is also a shareholder and former chairman of Imvest, a property development company listed in Rome.

In 2016, Imvest offices were raided by Italian financial police in connection to allegations of coordinated fraud, submission of false budgets, and false accounting.

The 2016 Imvest raids included 13 other businesses and several individuals invested in Imvest, chief among them Alfio Marchini, a wealthy Italian entrepreneur and politician.

Coincidentally, Futura Funds purchased the whole of Imvest’s first bond issuance in 2013 – worth 30 million euros. The bonds were unsecured, and Imvest used all the proceeds to finance a loan to its own shareholder company: Astrim, Marchini’s company.

In February, a representative for Optimum told CNA that Futura recouped its investment in Imvest “upon commencement of a lawsuit against Mr Marchini and related entities.”

At present, “Futura Funds SICAV has no relationship with Mr Marchini, Imvest or Astrim, whereas Optimum Asset Management is in no way involved in this matter which is now closed,” the representative said.