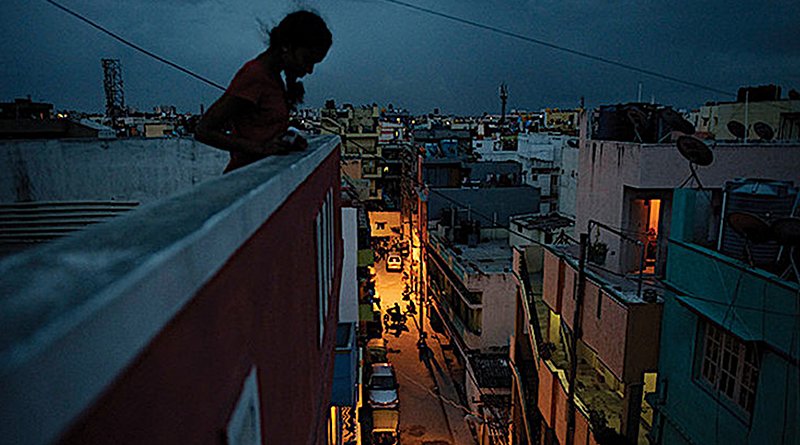 Girl on roof of a factory in India. Source: UNFPA © Andrea Bruce/Noor

I wrote an opinion piece during the last week of May 2019 titled, “Decoding India’s recent economic and industrial slowdown” — explaining in some detail the fashioning of India’s recent economic and industrial slowdown and offering some practical suggestions to effectively deal with the situation ( https://energy.economictimes.indiatimes.com/energy-speak/decoding-india-s-recent-economic-and-industrial-slowdown/3597 ). The recent data on GDP and unemployment that became available on May 31 2019 has indeed presented the issue in further sharper focus with quarterly GDP data showing continuous deceleration in the last three quarters ending March 2019 with GDP annual growth hitting the lowest level of 6.8% in 2018-19 during the last five years and unemployment level reaching a figure of 6.1%. It is also being critiqued that with 5.8% growth in GDP during January-March 2019, India is no more the fastest growing major economy in the world as the GDP growth of PRC is 6.4% for the same quarter.

Unemployment situation based on PLFS survey

Some special difficulties & what needs to be done

The current situation has become more difficult because of the following eight factors. These are being discussed in the following paragraphs while suggesting what needs to be done to come back to higher growth and employment curve.

First, 2018-19 was a bad agricultural year. So, it is necessary to ensure that the 2019-20 also does not follow the suit. It would need earnest interventions in the agricultural sector to significantly improve the situation for tackling farm distress.

Second, the world oil prices have been erratic, uncertain and unpredictable. During the first three years of NDA, India significantly gained for the first three years from the significant fall in the oil prices in the international market. But the government could not take adequate advantage of the oil price bonanza through significant fiscal improvement. However, if international oil prices move northward once again due to global turmoil or uncertainties in the middle-east, the government needs to be prepared for such a situation.

Fourth, BJP in its election manifesto promised capital investment of Rs. 100 lakh crores in the next five years in the infrastructure sector. This will be crucial for strengthening investment and promoting employment. This needs imaginative policy measures. Government needs to explore, finding the resources through astute and shrewd expenditure management, buoyancy in tax revenue through better tax collection and widening the tax base, rationalizing redundant central schemes and disinvestment of some of the country’s sick central public sector undertakings (CPSUs).

Fifth, the unpredictable global situation fashioned by US China trade war, Brexit, conflict between US and Iran, economic difficulties of Europe etc, create additional difficulties and makes India’s export expansion efforts challenging. So India has to utilize the advantage of its huge domestic market.

Sixth, the foreign direct investment (FDI) situation fails to present an encouraging picture. India is capable of attracting much higher FDI into the country. During 2018-19, the FDI equity inflows into India showed a decline of 1.1% in US$ terms compared to 2017-18. The challenge is to bring more green-field investment into manufacturing sector.

Seventh, banking sector is in a crisis kind of situation and needs urgent reforms through strict monitoring, greater accountability and setting prudential norms.

The coming five years will indeed be very crucial for India requiring enormous focus on economic and developmental spheres. The twin challenges of economic slowdown and unemployment staring at the country, need to be tackled head on. It is good to note that initiatives in this regard have already started but the challenge is to make concrete and monitor able progress in the first three years of the government. These two challenges are indeed required to be addressed on a mission mode. If country can put its act together in a smart, synchronized and expeditious way, then there is no doubt that India can firmly establish its place as one of the major vibrant economies in Asia as well as globally.The need of the hour is to come out with an effective policy package to reverse the slowdown and enhance the level of employment and bring back country’s growth momentum . This will go well towards building a new and inclusive India.