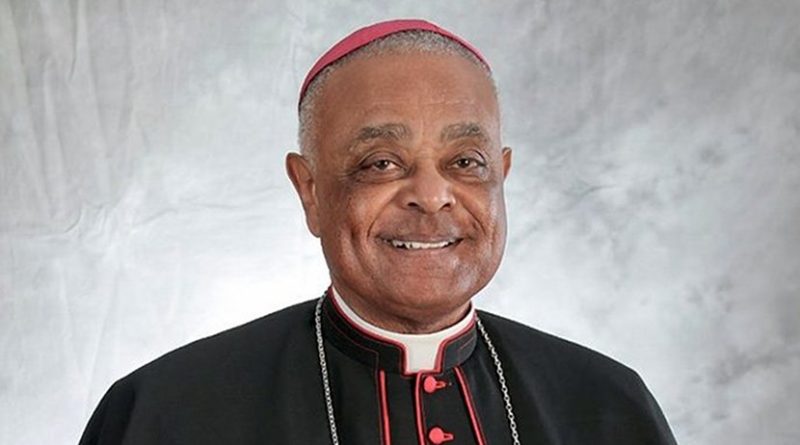 At the press conference announcing his appointment as Washington’s new shepherd, Archbishop Wilton Gregory made a pledge: “I will always tell you the truth as I understand it.”

A year after the archbishop’s installation in Washington, the credibility of that promise has come under scrutiny, during a moment of profound difficulty for the entire country.

“First of all, I believe that the only way I can serve this local archdiocese is by telling you the truth,” Gregory said April 4, 2019.

That day was meant to be a moment of hope for Washington Catholics, who had spent nearly a year at the center of tumult surrounding the abuser Theodore McCarrick, and his successor in D.C., Cardinal Donald Wuerl, who had himself been accused by many Catholics of misdirection, obfuscation, and dishonesty.

Gregory hoped to bring healing to the Church.

While he might not have every answer, he said at the press conference, “transparency includes sharing what you do know.”

In the year since Gregory’s installation, opinion on his commitment to that pledge has been mixed. The archbishop has been credited with calling for an investigation into Msgr. Walter Rossi, a priest in the area accused of grooming college students, and then criticized for the pace of that investigation, and for Rossi’s active ministry during the process.

He has been praised by local leaders for his pastoral presence to priests and lay Catholics, and at the same time maligned because the archdiocese has not yet released any records pertaining to McCarrick.

On June 2, Gregory issued a statement critiquing a visit of President Donald Trump to the National Shrine of St. John Paul II, which is located in D.C.

The archbishop called it “baffling and reprehensible” that the shrine was hosting Trump, and said the shrine had been “egregiously misused and manipulated in a fashion that violates our religious principles.”

Trump’s visit to the shrine was indeed controversial among Catholics.

It came the day after the president said in a speech that he would mobilize active-duty military forces to quell protests and riots across the country, and then federal police officers used an alarming show of force to clear a square of reportedly peaceful protestors, before the president posed in front of an Episcopalian church with a Bible in his hand.

After those events, Senator Ben Sasse, a member of the president’s own party, accused Trump of using the Bible as a political prop, and numerous religious leaders made similar criticisms.

Gregory is the most prominent African-American Catholic in the U.S., and was by that point already a significant and impactful voice of Catholic leadership on racism, social justice, and police brutality in the wake of the May 25 death of George Floyd. It is not surprising that he wanted to address forcefully the president’s handling of the country’s turmoil.

Gregory’s June 2 statement made headlines in major news outlets around the world. And a few days later, Gregory doubled down on his criticism of the visit.

Gregory did not say when he had learned of the event. But many Catholics speculated, given the force of the archbishop’s statement, that he must have been caught by surprise, perhaps learning of it only when the White House had announced it the night before.

On June 7, a Crux analysis of the situation reported that “Gregory was not informed of the visit until Tuesday [sic] night when the White House issued a statement announcing it.” The news agency said it had “independently confirmed” that “widely reported” fact.

Gregory has not disputed that reporting.

But later on June 7, the White House told CNA that Gregory had been invited to the event the week prior, and declined the invitation.

CNA obtained a May 30 note from Gregory’s office, in which the archbishop declined the invite, and which mentioned that Gregory had personally discussed his inability to attend with a White House staffer on May 29.

Since CNA’s June 8 report, Gregory has been frequently accused on social media of dishonesty. A small firestorm has begun.

It should be clear: Archbishop Gregory has not said on the record that he did not have prior knowledge of the event.

And some Catholic voices seem to have taken advantage of this controversy to malign Gregory uncharitably and unfairly, for reasons that often seem partisan, in both the ecclesiastical and secular senses. He has been accused of on-the-record lying, while the facts do not support that account. Such demagoguery never proves useful, especially at fractious moments or on difficult issues.

But beyond the demagogues, Gregory is perceived by some Catholics to have misrepresented himself, failed to address competing reports about himself, and declined to answer questions about both the timeline and the reasons for a marked change in his tone, from a polite initial response to a subsequent forceful denunciation.

It is easy to speculate about the archbishop’s reasons, but Gregory himself has not been willing to express them.

There is no reason to suspect that Gregory could not offer reasonable responses to the questions he’s been asked. It is not clear why he has not yet done so.

In the calculus of Catholic morality, there are sins of commission, and sins of omission. Gregory has not committed an on-record act of dishonesty. But some Catholics who took his pledge seriously seem now to expect that an archbishop will not fail to omit details from public statements, or at least that he will clarify competing accounts, and will answer questions on significant and controversial issues.

These are, to be sure, unprecedented times. And Trump’s visit to the shrine touched on a laundry list of controversial, serious and sensitive topics, especially for an African-American bishop in the nation’s capital: The president himself, Catholic institutional alignment with Trump, racism, the protests roiling the country. Disagreement should be expected in a moment like this.

But leadership is tested in moments like these. And Gregory, who promised the truth, now faces a test worth watching.

Home » Archbishop Gregory Promised The Truth: Has He Told It? – Analysis