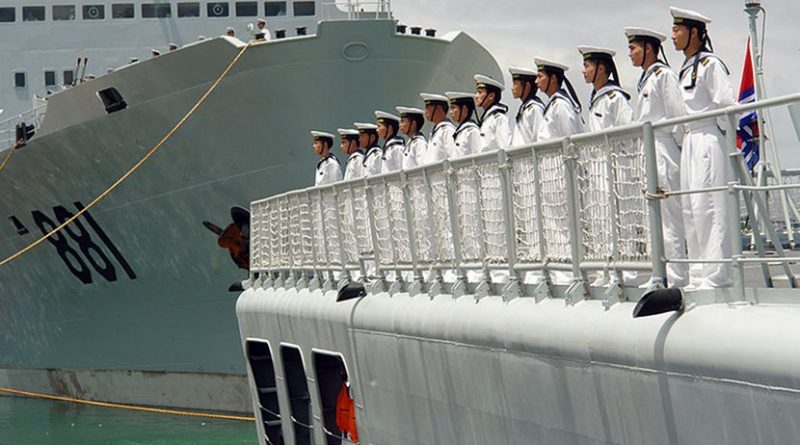 The United States is struggling to compete with China’s growing influence in Southeast Asia, according to a new survey of the region’s experts, even though there is strong support among them for democratic values.

China already has far more economic influence than the U.S., and slightly more political power, in Southeast Asia, and the gap is expected to widen in the next decade, according to the survey by the Center for Strategic and International Studies (CSIS), a respected Washington-based think-tank.

The survey targeted “strategic elites” – nongovernmental experts or former officials from six Southeast Asian countries. There were 188 respondents from Indonesia, Malaysia, the Philippines, Thailand, Singapore and Vietnam. Another 13 people in Fiji also responded to it.

“The results of this survey paint a picture of clearly ascendant Chinese influence in Southeast Asia, complex and diverging views of China, and deep concerns over U.S.-China strategic competition and its impact on the Association of Southeast Asian Nations (ASEAN),” says the report describing the survey’s findings.

The survey was conducted in November and December 2019, so it does factor in how the COVID-19 pandemic may have shaped perceptions of the two powers. The coronavirus originated in China, which has been accused of initially trying to cover up the outbreak. As the virus has spread across the globe, the U.S. has recorded the most deaths.

Respondents were asked to select up to three countries that hold the most political influence in Southeast Asia. China came up top with 94.5 percent, followed by the U.S. with 92 percent.

But the margin of difference between the two powers grew significantly when the question shifted to who would be the most influential in 10 years’ time, with 94.5 percent choosing China, and 77 percent the U.S. For both questions, Japan and Indonesia came in a distant third and fourth place respectively.

Pat Buchan, director of the U.S. Alliances Project at CSIS and a co-author of the study, said China’s efforts to gain influence in the region had accelerated significantly in the past five years, and the survey results reflect that trend. He said this should serve as a wake-up call for the U.S. as it seeks to compete with China.

“From a historical perspective, the United States has not focused on Southeast Asia largely since the fall of Saigon,” Buchan said in an interview, referring to the end of the Vietnam War in 1975.

“Its efforts in Asia have always been focused on East Asia and Northeast Asia. So that does reflect that there is a sort of lost generation of American influence and American expertise on Southeast Asia,” he said.

When it comes to economic influence, there was virtual unanimity in the survey that China is already the frontrunner by a large measure and will continue to be so in a decade.

Buchan attributed that outcome to the relative lack of U.S. involvement in multilateral trade deals and institutions like the Trans-Pacific Partnership – which was negotiated by the Obama administration as part of its strategic “pivot” to Asia, but then dropped by President Donald Trump.

Despite the recognition of the rising influence of China – governed by the Communist Party of China (CCP), and the authoritarian tendencies of many Southeast Asian governments, respondents voiced near support for democratic values.

Some 85 percent of strategic elites said they were confident democratic values were beneficial to their countries’ stability and prosperity. This was most pronounced from respondents in Thailand and the Philippines – which have seen an erosion of democracy in recent years – and Indonesia, where it has proved more robust.

“That definitely ran through the whole thing, this desire for democratic norms and values,” Buchan said. “If we had ran this poll 30 years ago you would’ve gotten a very, very different answer.”

“The soft power influence of the United States is now showing through two generations later as the accepted norm,” he said.

Some 53 percent of respondents considered China’s role to be beneficial for the region, while 46 percent called it detrimental. The negative views were most pronounced in Vietnam and the Philippines – two nations which also expressed the most concern about the situation in the disputed South China Sea, which China claims in its entirety.

Respondents identified the Association of Southeast Asian Nations (ASEAN) as the most important institution for regional order.

Vietnam, however, was an outlier on this, which may be attributed to its frustration over ASEAN’s failure to reach consensus on the South China Sea issue, with pro-China members such as Cambodia foiling attempts at consensus.

Nearly half of respondents identified external pressure from great powers as the biggest threat to ASEAN’s unity, followed by concern that member states were not giving sufficient priority to the 10-nation bloc.