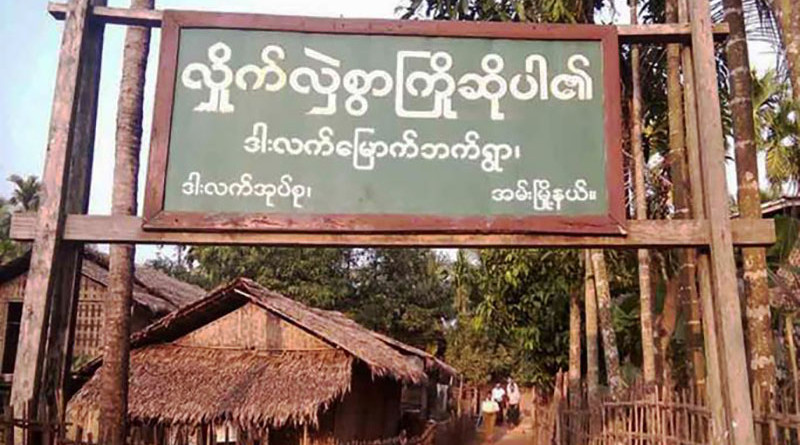 Residents of Dar Lat Chaung village-tract in Arakan State’s Ann Township are said to be facing difficulties because the Tatmadaw has reportedly banned them from transporting rice into the area.

The Tatmadaw created roadblocks in Kazukai and Alekyun villages to restrict the transportation of rice into the area. The Tatmadaw allowed local people to carry rice from June 5-7, but subsequently prohibited the conveyance of rice as gunfire was heard from Ywa Haung village, said U Myo Lwin, a resident.

He continued: “The Tatmadaw permitted the entry of three vehicles carrying rice bags into the area. The two vehicles were first allowed to pass the checkpoint. But the third vehicle was denied entry into the area by security personnel after gunfire was heard from Ywa Haung village.”

The ban on transporting rice was making life difficult for the residents of 44 villages in the area, said Daw Khin Moe Yee from Alekyun village.

“As we are not allowed to sell our goods, how can we survive? People from all villages in the area may suffer starvation if they are banned from carrying rice,” she added.

The Tatmadaw set up four checkpoints between Alekyun village and Kazukai village. Locals must register the number of people, household registration card, National Identity Card, and the lists of items to be bought and sold to the Tatmadaw’s checkpoint in advance, according to residents.

U Khin Maung Htay, an Arakan State lawmaker representing Ann Township, confirmed the implementation of restrictions on carrying rice in the area.

DMG attempted to contact Maj-Gen Tun Tun Nyi, vice chairperson of the Tatmadaw True News Information Team, to seek confirmation of the reported prohibition on rice transport into parts of Ann Township, but a person who answered the phone said he would reply after a meeting he was in.